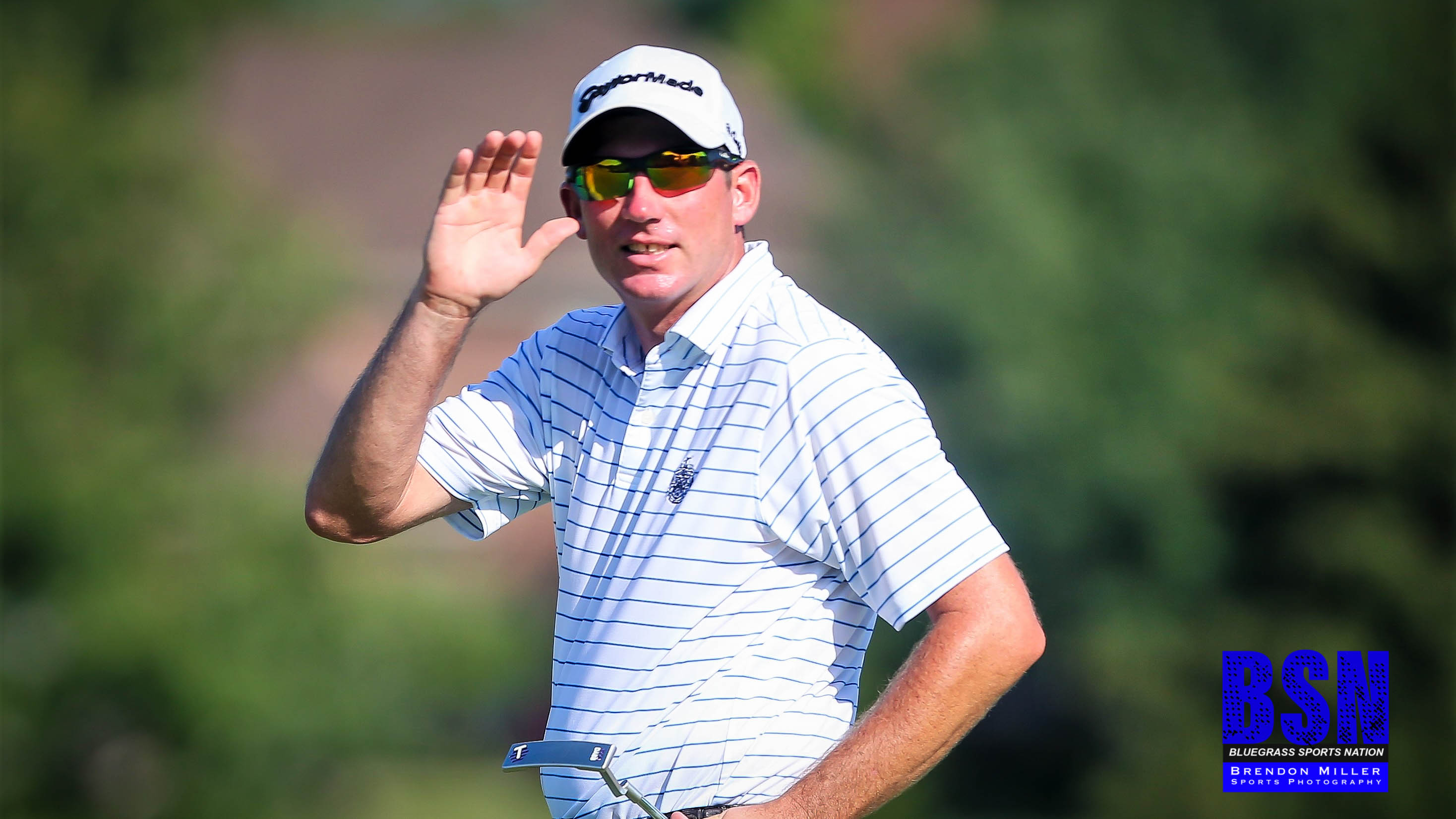 Ultra low scores on Saturday set up for shootout for Sunday

Saturday is typically referred to as moving day on the PGA Tour as players attempt to position themselves for the Sunday finale.  Spectators were not disappointed by the quality of golf in the third round of the $3.5 million Barbasol Championship at Champions, 18 of the 36 hole layout known as Keene Trace Golf Club a short drive from Lexington, KY.

Jim Herman entered the day with the lead and will also sleep on the third round lead after firing a sensational bogey free round of 62 that included six birdies and TWO eagles.  Herman’s three day total of 192 equates to 24 under par, a score typically good enough to win the tournament.  The Cincinnati native has one career tour win and entered the Barbasol at 232nd in the FedEx standings.  A win this week is projected to improve Herman’s position 98 spots to 134th, just outside the FedEx cups playoffs.

Kelly Kraft entered the day third on the leaderboard but a course record round of 61 moved Kraft into second place only one shot behind Herman.  The Texas product was obviously unaffected by temperatures approaching 100 degrees as he carded nine birdies and one eagle for a new course record 61.  Kraft will be seeking his first PGA Tour victory Sunday.

Kentucky native Josh Teater headlines a group of three golfers tied for fifth place at 17 under 199.  The gallery following Teater grew noticeably throughout the day, but an even larger gallery is expected for Sunday’s final round.  Teater, bogey free on Saturday, was out in 32 strokes after four birdies on the front and equaled that score on the back nine with two birdies and an eagle.  The gallery made some noise on the par four seventeenth green when Teater holed a lengthy par putt to maintain his momentum.  Teater’s game has been in great form lately as he finished T35 at the Rocket Mortgage Classic and T36 at the Travelers Championship.

The stage is set for an exciting finish Sunday.  Take advantage of the PGA Tour visiting the Bluegrass and make the trip to the Barbasol Championship!