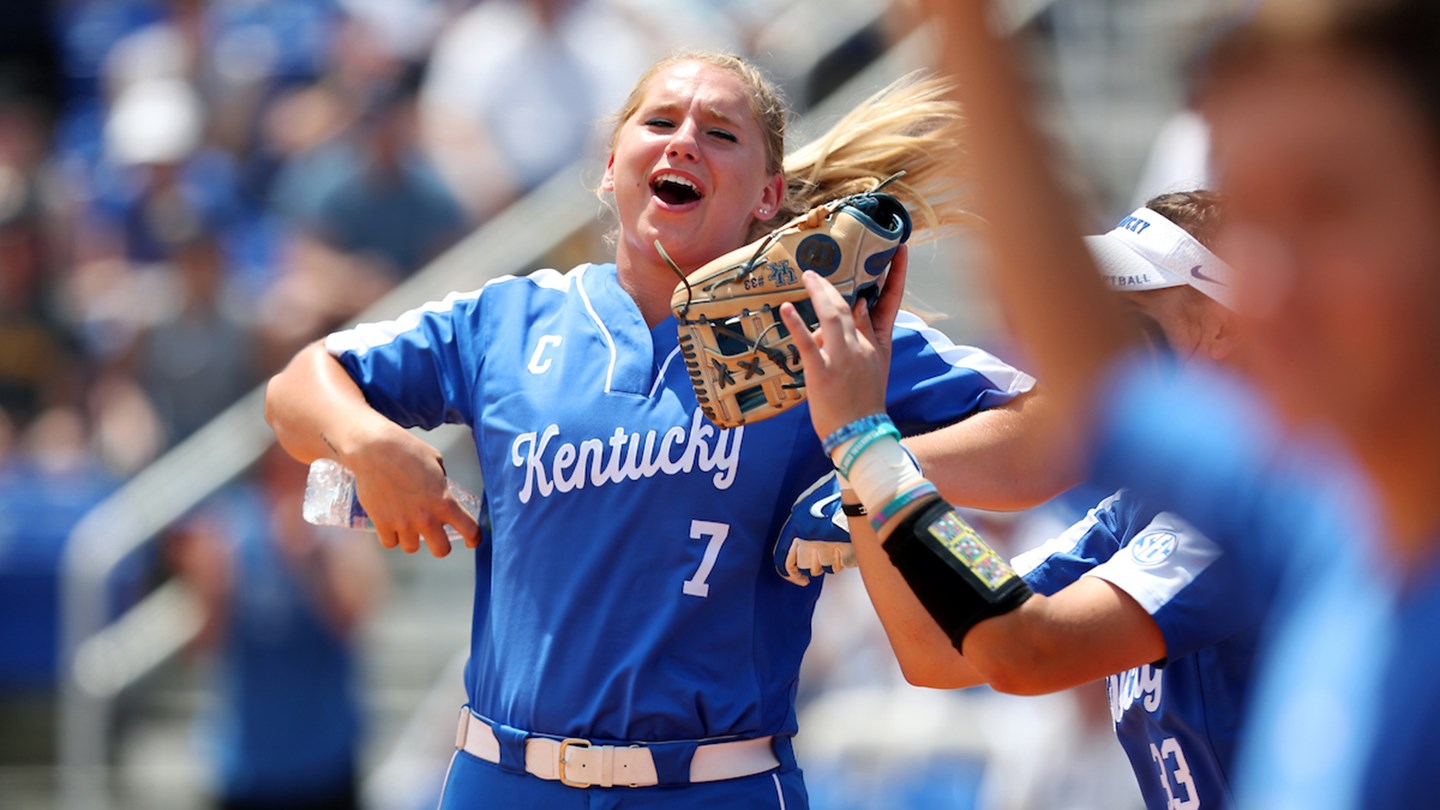 In one of the most dramatic games of the young season, the No. 10 Kentucky Wildcats got two grand slams on Monday night from Autumn Humes and Mallory Peyton to race out to a 9-1 lead and fought off a furious Texas A&M comeback in the final two innings to win the game 9-8 and the series, two games to one.

That was followed by Texas A&M hitting a grand slam in the top of the sixth after UK was 60 feet away with no outs in the bottom half of the inning, but failed to score.

In the bottom of the seventh, the Aggies plated two runs, as they loaded the bases with two outs and sophomore Meghan Schorman entered to get the save, forcing the Aggies into a flyout to Bailey Vick in left with two outs to end the wild contest.

Kentucky will be back in action in two day’s time against Marshall at 6 p.m. ET. The game can be seen live on the SEC Network+ with Dave Baker and Carol Bruggeman on the call from John Cropp Stadium. Tickets are available at the UK Ticket Office or by accessing UKathletics.com.

23. The Kentucky Wildcats scored 23 runs on opening weekend in conference play. The 23 runs scored on SEC opening weekend is the most in program history. Texas A&M also tied Kentucky with 23 runs plated on the weekend.

Meghan Schorman was the key playing in the game, coming into the top of the seventh inning with one out to get and only one base open. Schorman allowed a single, but got a flare to Bailey Vick in LF to end the game, as she recorded her first save of the season and second of her career.

Autumn Humes hit a grand slam in the bottom of the first inning, scoring herself, Vick, Rylea Smith and Alex Martens with two outs, as Kentucky struck first for the first time all series. UK 4. TAMU 0

Texas A&M responded with a solo shot in the top of the second to pull within three. UK 4, TAMU 1

Rylea Smith notched a single up the middle to score Tatum Spangler in the bottom of the second inning to increase the UK lead to 5-1. That was followed by a walk to Alex Martens, and a grand slam over the left-field videoboard to push the UK lead to eight runs. UK 9, TAMU 1

The Aggies scored in the top of the fifth when they were down to their final out on a ground ball up the middle to extend the game. UK 9, TAMU 2

After a series of Kentucky errors the Aggies were able to mount base runners in the sixth inning and a grand slam was hit. UK 9, TAMU 6

With a three-run lead in the seventh, Texas A&M started a rally with two hits and ultimately ended the game with a flyout to Bailey Vick in left field. FINAL – Kentucky 9, Texas A&M 8