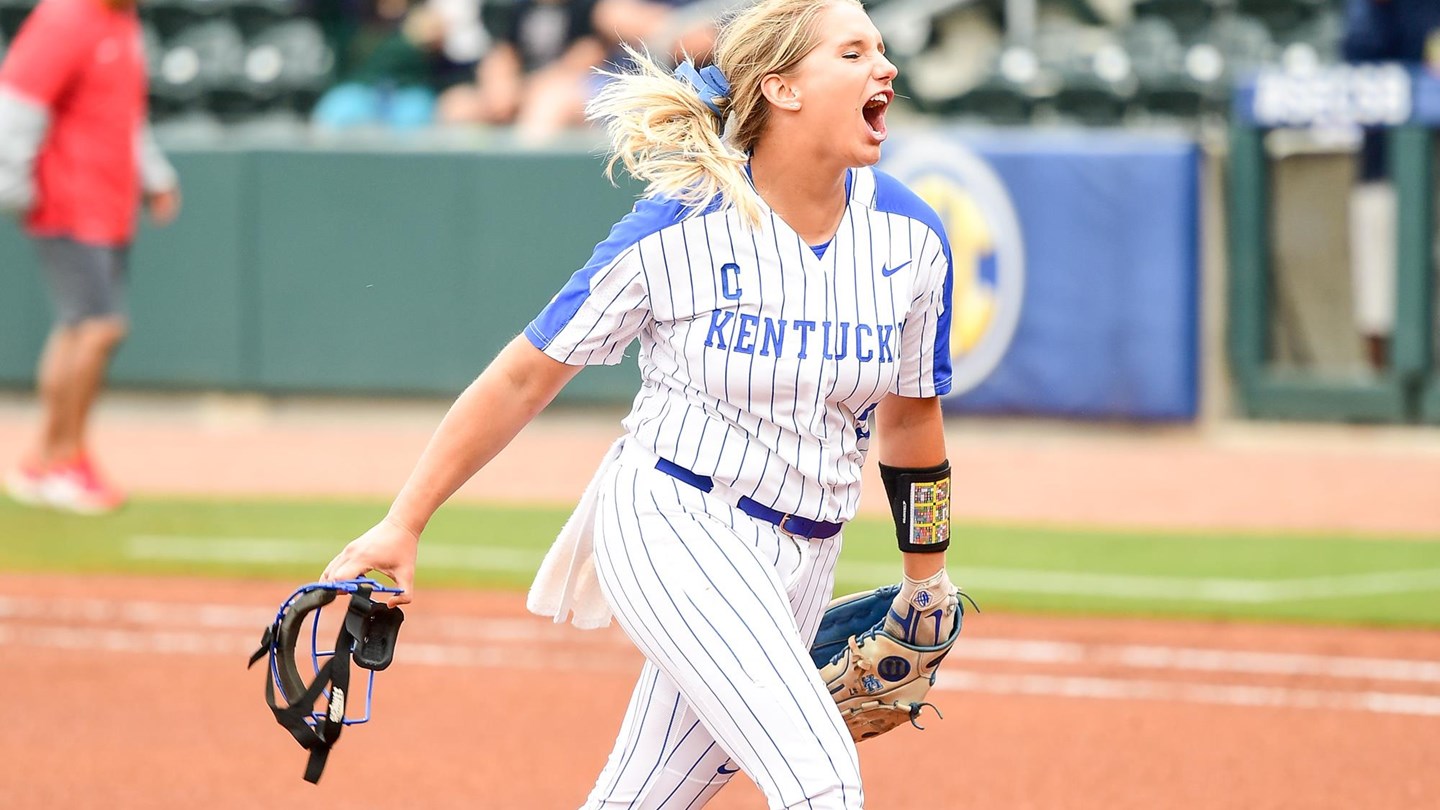 The Wildcats with the win improve to 6-1 on the young season, and Humes picks up the win in the circle, moving to 2-0 on the year. Humes allowed a home run to Redbird leadoff batter Mack Leonard on the first pitch she threw in the game, but kept ISU off the board for the remainder of the game working a complete-game with no walks and four strikeouts.

Mallory Peyton hit a two-run long ball, her third of the season to put Kentucky in front 2-1 in the top of the fourth inning and Alex Martens put the game on ice in the seventh inning with a three-run shot to right to make a 4-1 lead balloon to 7-1 for the Wildcats. The home run for Martens was also her third of the season as the tandem who hit 4-5 in the UK order co-lead the team in that category.

Seven Wildcats had hits in the game, with Martens and Renee Abernathy both logging a pair of hits for nine total in the contest.

Kentucky will play Arizona State on Saturday night at 9 p.m. ET for the final of its two games on Saturday at the Littlewood Classic. The No. 23 Sun Devils etched out a 3-2 win last night vs. Kentucky.

Key Stat
0. Autumn Humes issued no walks in the game, her second-straight complete game in the circle without allowing a walk to any batter.

Key Play
The key play in the game was Mallory Peyton’s two-run home run to take a 1-0 deficit in the top of the fourth inning into a one-run lead. Alex Martens doubled with one out in the inning and Peyton followed with the homer to straight-away CF.

Key Player
The key player in the game for Kentucky was Alex Martens. The senior second baseman was 2-for-3 in the game with a double, home run, three RBI and a walk.

Run Recap
Illinois State’s Mack Leonard hit a lead-off first-pitch home run in the bottom of the first to give the Redbirds a 1-0 lead. ISU 1, UK 0

In the top of the fourth, Mallory Peyton went long for her third homer of the season to give Kentucky a 2-1 lead, scoring Martens, who doubled in front of Peyton. Additionally, Autumn Humes helped her own cause and doubled into left center to score Renee Abernathy and Kentucky put up a three spot in the frame. UK 3, ISU 1

In the top of the sixth, a walk to Martens turned into a run as pinch runner Jaci Babbs scored on an RBI single from Abernathy. UK 4, ISU 1

After Kayla Kowalik and Rylea Smith led off the top of the seventh with singles, Martens took Morgan Day deep to take a 4-1 lead and make it 7-1. Humes closed out the game in the bottom of the seventh inning with a flyout to left field. FINAL – Kentucky 7, Illinois State 1