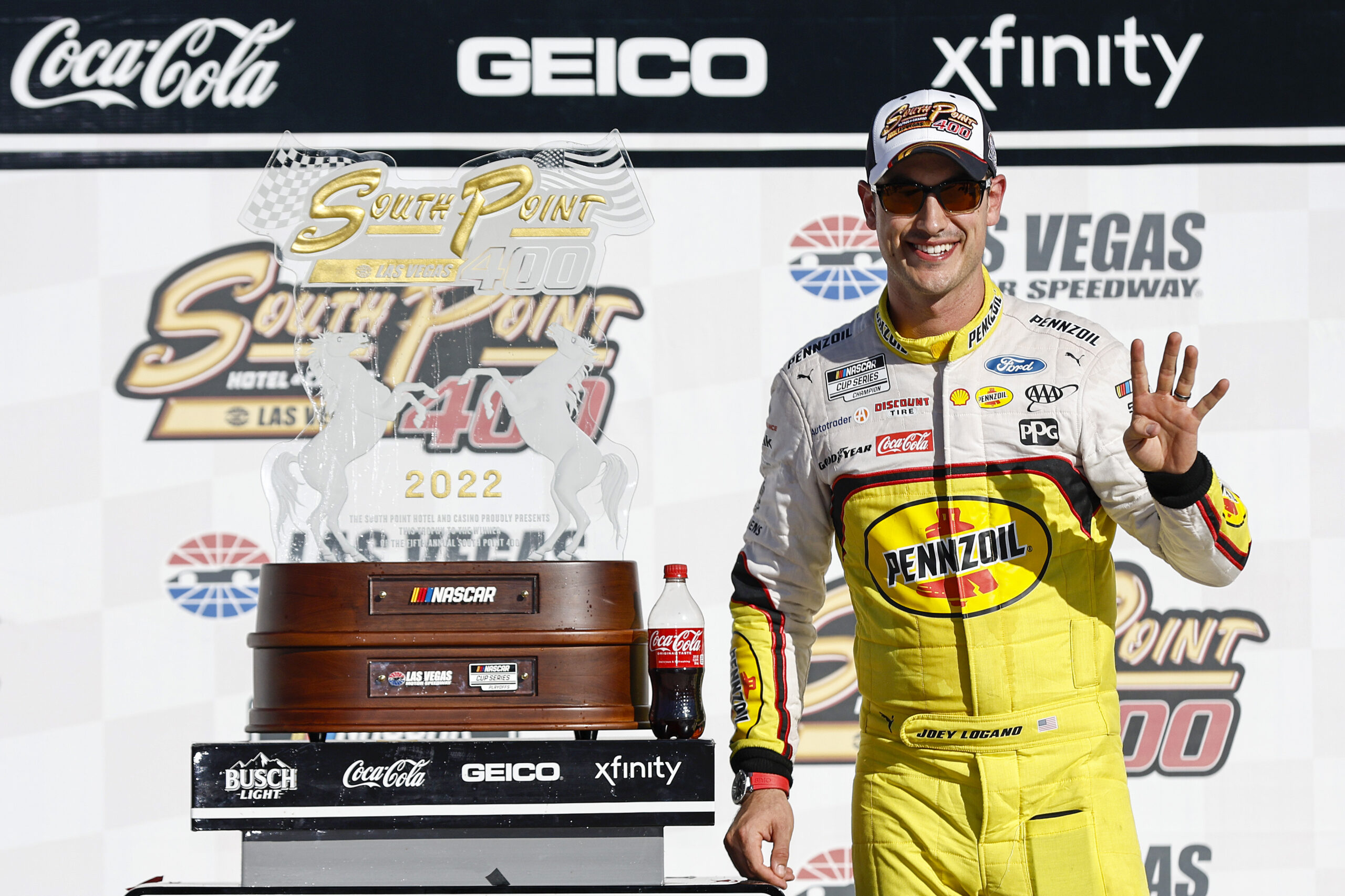 The NASCAR Cup Series Playoff opening race in the Round of Eight rolls to Sin City for the South Point 400 hosted by Las Vegas Motor Speedway.  Located less than 20 miles from Famous Las Vegas Strip, the 1.5 mile Tri-Oval Speedway hosted their first NASCAR Cup event on March 1, 1998.  The South Point 400 offers a scheduled 267 Laps (400 Miles) of excitement for the competitors vying for victory. Tyler Reddick and Austin Cindric set the front row at Vegas.

Lap 43, the first green flag pit cycle is complete. Daniel Suarez cycles to the lead as he pitted four laps earlier than most of the leaders, Bubba Wallace runs 2nd.

Bubba Wallace locates the bumper of race leader/playoff contender Daniel Suarez on lap 57 of 80. Bubba Wallace sharp shoots to the inside to advances to the race lead.

Green flag / Restart Stage 2: Bubba Wallace and Daniel Suarez run side by side into Turn 1 for position. Teammate Ross Chastain ‘Bumper Bolts’ Daniel Suarez to the front in Turn 2 and sits  singular on top of leader board for now.

Kyle Larson goes “All In” on lap 95, as Larson side drafts Wallace off Turn 4.  Bubba Wallace bounces off the wall, turns hard left and collects the 2021 Cup Champ rocketing Larson into the safer barrier wall.

The Caution is out and Bubba is Hot as displayed with confrontation with Kyle Larson minutes later.

Thereafter, Ryan Blaney’s dog has caught the bumper of Ross Chastain and ready to fight.

Race leader Ross Chastain guards the track’s top lane of the track as Ryan Blaney accelerates to the inside into Turn 1, setting sites for a Stage 2 checkers at LVMS.

Ryan Blaney checks off a Stage 2 victory at Vegas.

Ross Chastain paces Aric Almirola by 1 second as 50 circuits remain to decide who will cash in at Vegas.

Both battle for real-estate off the corner. Daniel Suarez eventually spins and brings out a decisive Caution Flag.

Meanwhile, Kyle Busch charges through the field and up to 4th after losing a tire after pit service.