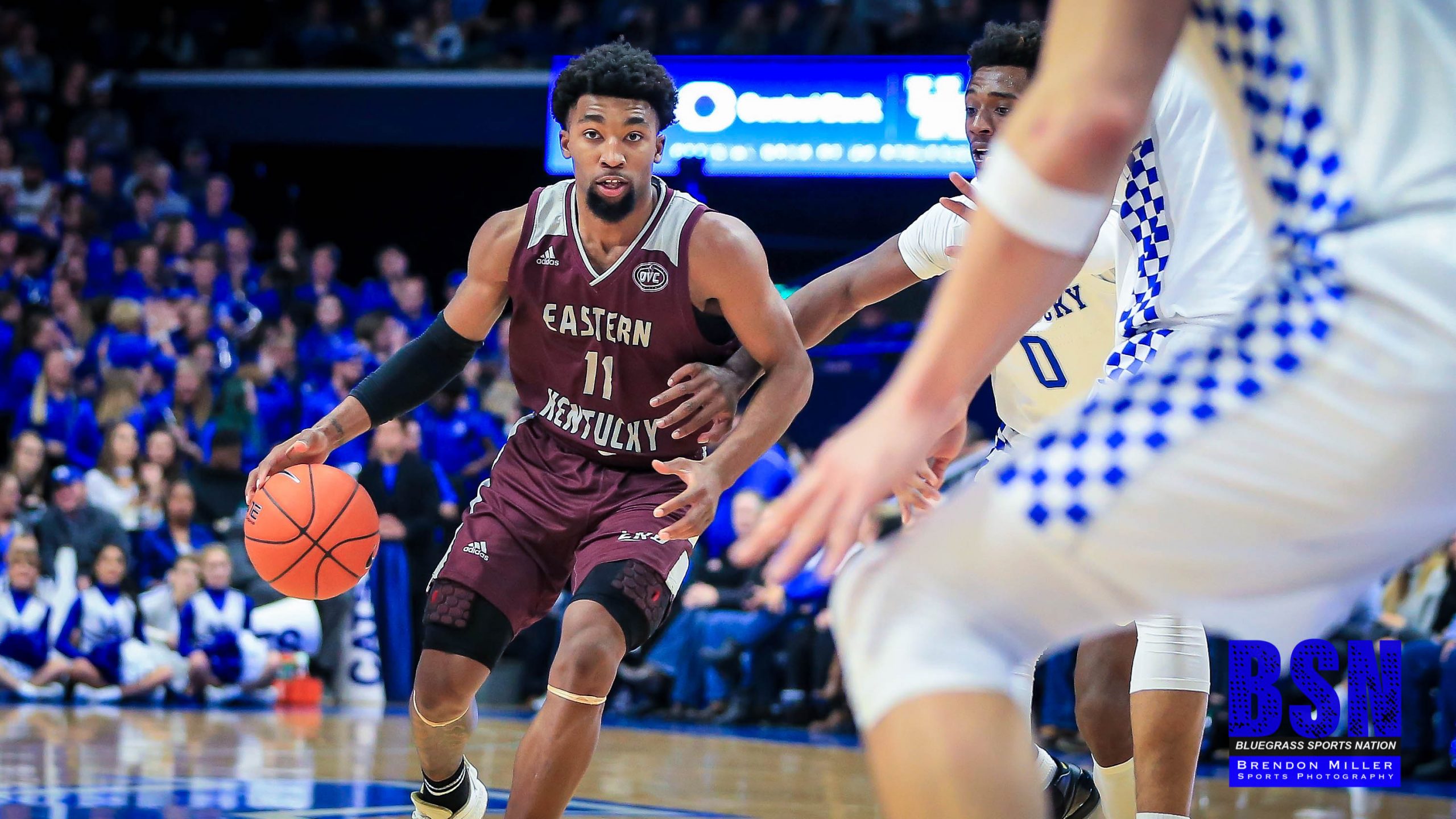 Brown remains eligible to return in 2021

Eastern Kentucky University sophomore guard Jomaru Brown has submitted his name as an early entrant in the 2020 NBA Draft. Under NCAA rules, Brown can sign with a certified agent, receive feedback and still have the ability to return to school if he chooses.

The 2020 NBA Draft Combine is tentatively scheduled to be held May 21-24 in Chicago. All early entrants have until 5 p.m. ET on June 15 to choose to officially stay or withdraw from the draft pool. The 2020 NBA Draft is set to be held June 25 at the Barclays Center in New York.

“This is an exciting time for Jomaru, his family and our program,” head coach A.W. Hamilton said. “Going through the NBA Draft process to get feedback will give us perspective on where Ru stacks up with some of the best players in the world. As a coach, I want all of my players to reach their dreams. Ru has done everything in his power to earn the right to chase his dreams.”

Brown ranked 12th among all sophomores in the country in scoring this season at 18.4 points-per-game.