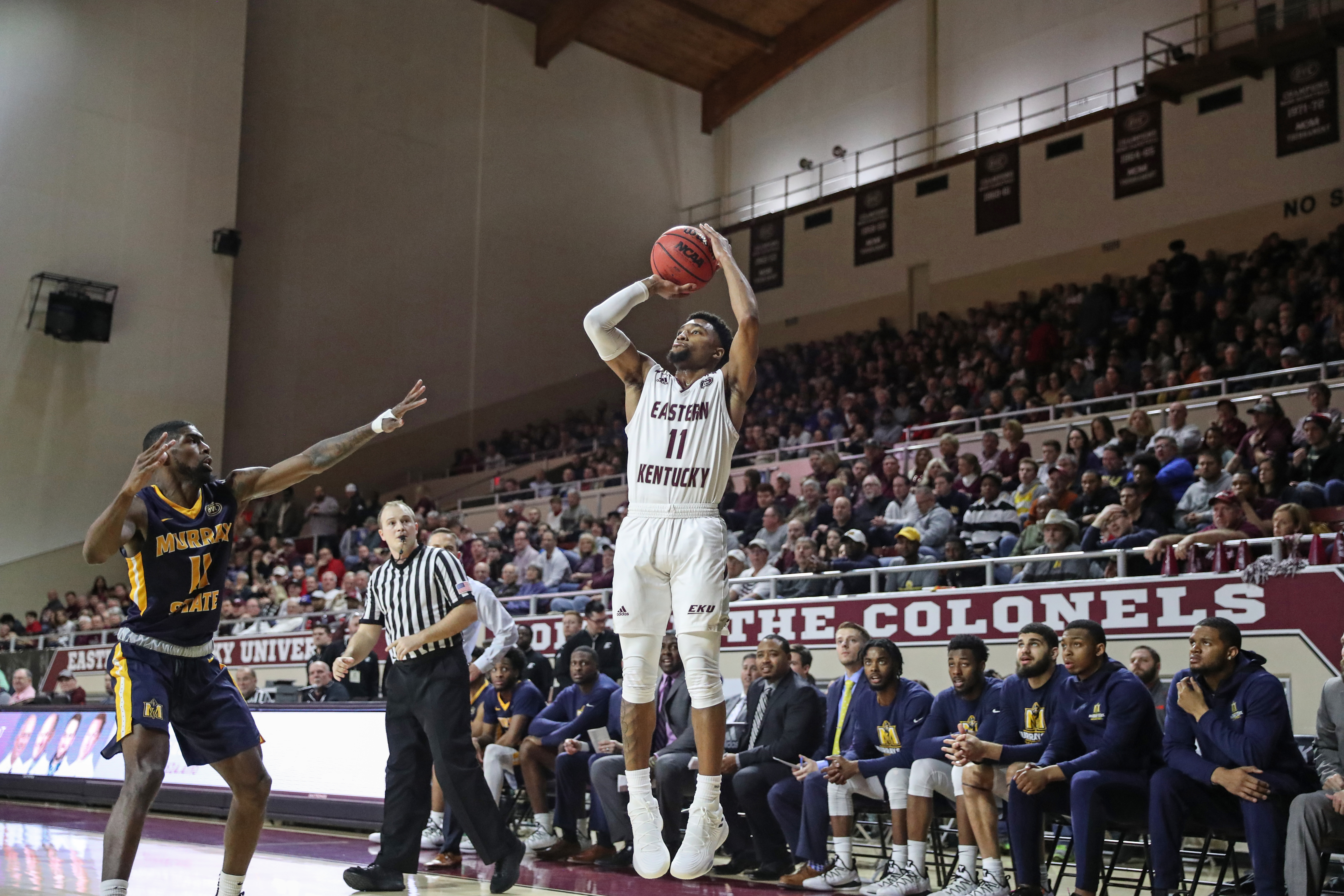 The 6-2 guard knocked down a career-high six three-pointers and finished with 31 points to lead the Colonels to an 80-74 win over Tennessee Tech on Saturday night in Cookeville.

He went for 24 points, two assists and two steals in the victory at Jacksonville State on Thursday. Brown sank four free throws in the final minute to seal the triumph over the Gamecocks.

Brown has now scored more than 20 points in six consecutive games. He leads the OVC in scoring during league play at 23.6 points-per-game.

Brown’s play has sparked EKU to a 6-2 start in league play and sole possession of third place.