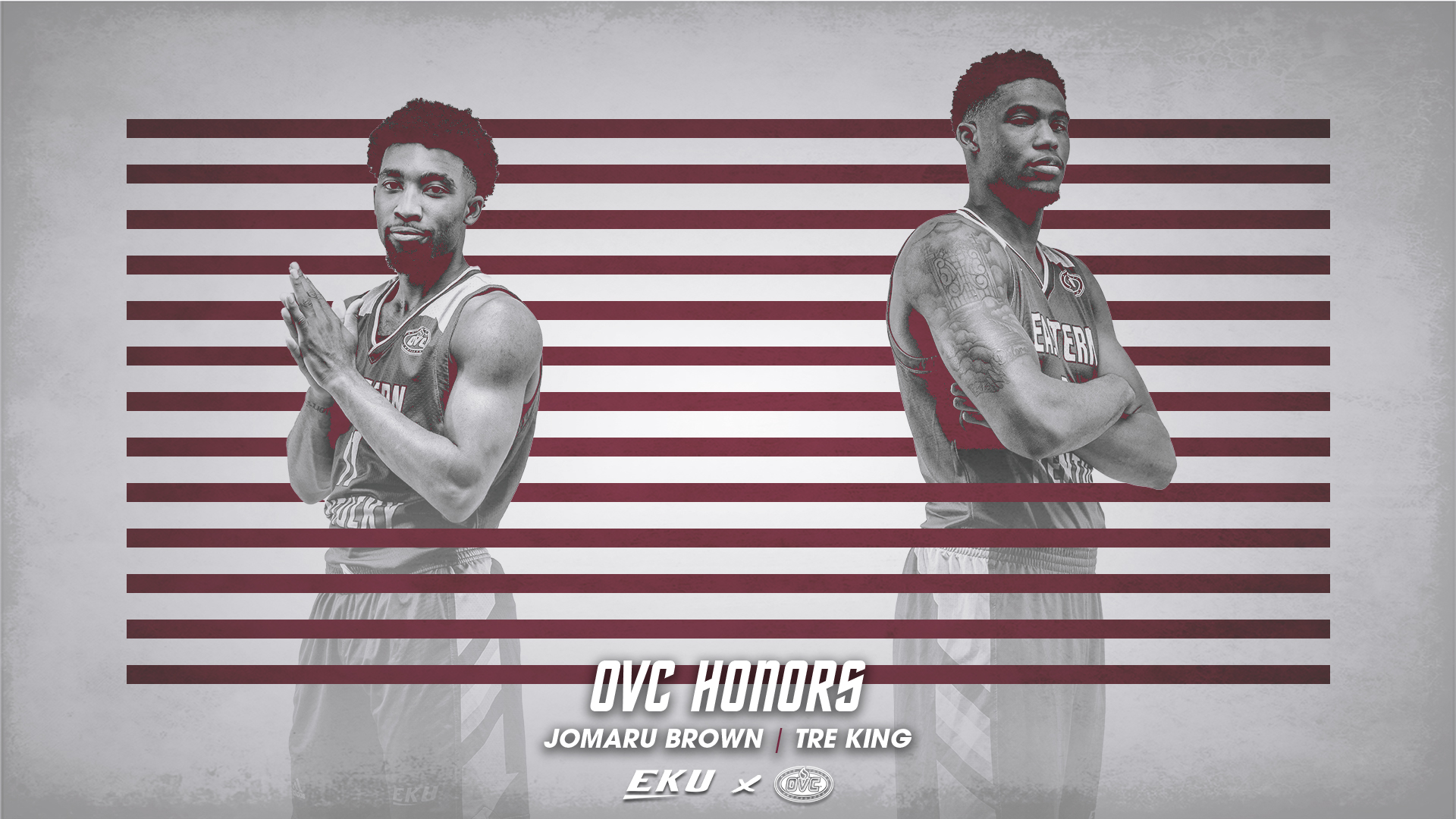 The sophomore duo helped lead the Colonels to 12 OVC wins this season, tied for second-most by an EKU team ever.

Brown ranked fourth in the OVC in scoring at 18.8 points-per-game during the regular season. He also ranked third in the league in steals-per-game (1.9) and 13th in free throw percentage (75.1%).

He poured in a career-high 41 points versus in-state rival Western Kentucky on November 15. That remains the most points scored by an OVC player in a game this season. It is tied for the fourth-most points ever scored by a Colonel in a game.

He was voted OVC Player of the Week twice during the season – November 18 and January 20.

He was voted to the OVC All-Newcomer Team last year as a freshman.

King averaged 11.5 points and 5.0 rebounds-per-game this season. He ranked 14th in the OVC in field goal percentage (52.8%) and fourth in free throw percentage (79.1%) during the regular season.

The 6-8 forward closed out non-conference play with one of his best performances of the season, scoring 18 points and grabbing a career-high 12 rebounds at East Carolina on December 28.

King used that performance as a springboard into conference play. He upped his scoring average to 12.3 points-per-game against league competition, shooting 58.1% from the field.

The native of Lexington, Kentucky went for 18 points, nine rebounds and two steals in a road win at Jacksonville State on January 23.

A week later, he posted an impressive line of 22 points, five rebounds, five steals and four assists in a home victory over UT Martin.

On February 6, King went for 22 points, seven rebounds and three assists to lead the Colonels to a key road win at Eastern Illinois.

He poured in a career-high 23 points – including going a perfect 9-of-9 from the free throw line – at Austin Peay on February 15.

Brown, King and the Colonels open OVC Tournament play versus the winner of No. 5 Tennessee State / No. 8 Morehead State in the quarterfinals on Thursday night at 7:30 p.m. ET. The game will stream live on ESPN+.