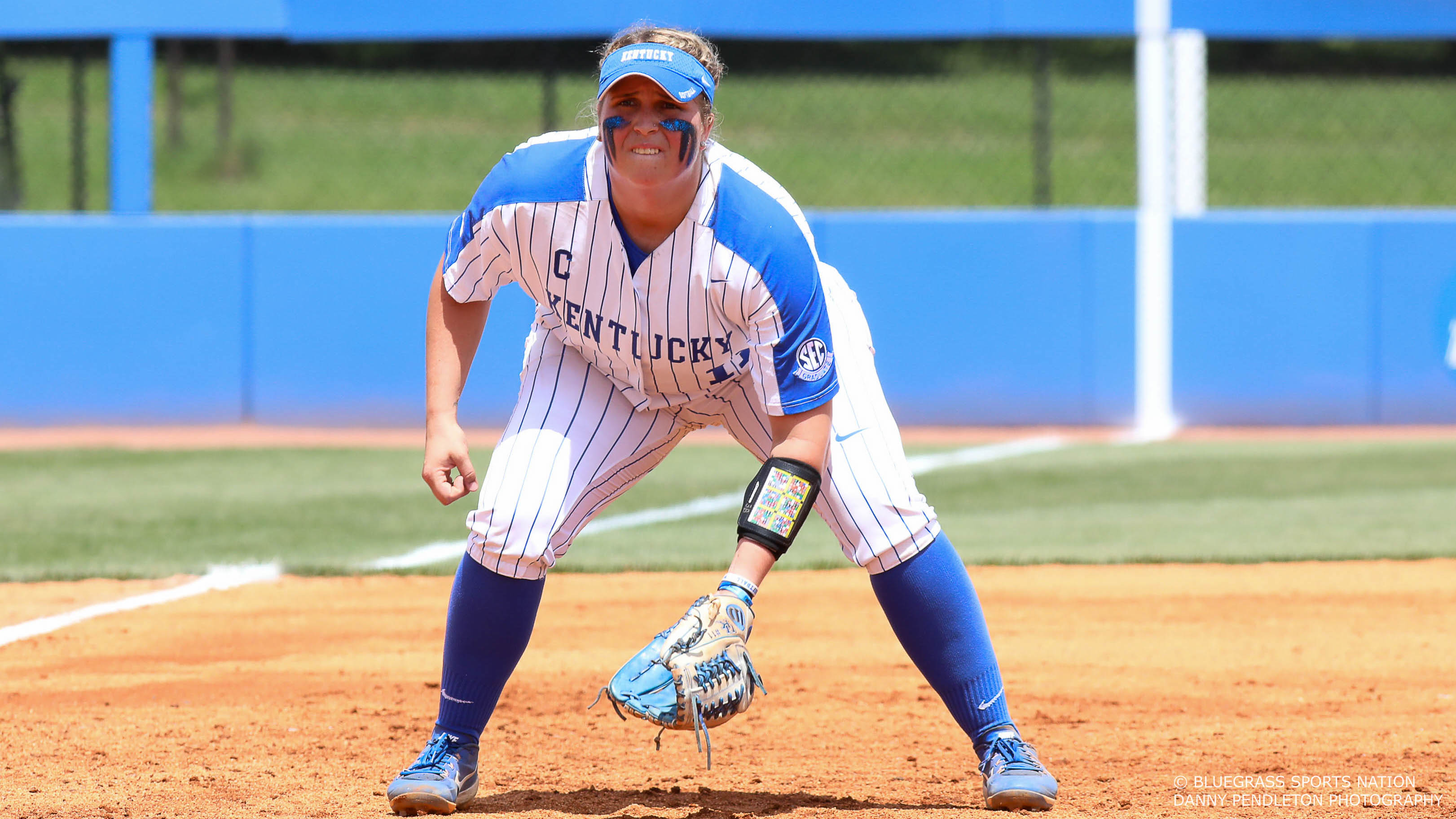 Cheek and Martens with Bat, Humes in Circle Lead CATS.

LEXINGTON, Ky. – Tony Neeley – UK Athletics – Two big innings at the plate and two solid pitching performances carried Kentucky to a 7-2 win over Toledo on Friday afternoon in the first round of the NCAA Softball Lexington Regional held at John Cropp Stadium.

A two-run double by Abbey Cheek was the big blow of a four-run first inning and a two-run home run by Alex Martens highlighted a three-run fifth. In the circle, Autumn Humes and Meghan Schorman shut out the Rockets over the last six innings to advance the Wildcats.

However, it was the Rockets who blasted off in the first inning, getting five straight two-out singles – including RBI hits from Bekah Yenrick and Morgan Paaverud – in taking a 2-0 lead.  In the bottom of the inning, Cheek’s double knotted the count. She scored on a throwing error and Lauren Johnson’s sharp RBI single to left  — the first of her three hits on the day – completed the four-run frame.

Katie Reed opened the fifth inning with a bunt single and after Cheek reached on a fielder’s choice, Martens followed with a clout to left field, her 12th homer of the year. Kayla Kowalik kept the inning going with a single and she eventually scored on a sacrifice fly from Kelsee Henson.

After a difficult first inning, winning pitcher Humes settled in nicely. She went five innings, allowing two run on seven hits, striking out three with no walks.  She has a 14-10 record on the season. Schorman finished the game with a pair of shutout innings.

Erin Hunt (17-12) went the distance for Toledo, allowing eight hits and three walks with four strikeouts.  Offensively, eight Rockets had one hit each, all singles.

Bottom 1st inning (UK): Jenny Schaper walked. Katie Reed was hit by pitch. Abbey Cheek doubled to center field, scoring Schaper and Reed, and advanced to third base on a muff by the centerfielder. Kayla Kowalik walked, then intentionally got in a run-down between first and second base; Cheek scooted home and Kowalik was safe at second on a throwing error during the run-down. Lauren Johnson singled past the shortstop, scoring Kowalik. UK 4-2

Kentucky will face Virginia Tech tomorrow at noon at the Cropp.