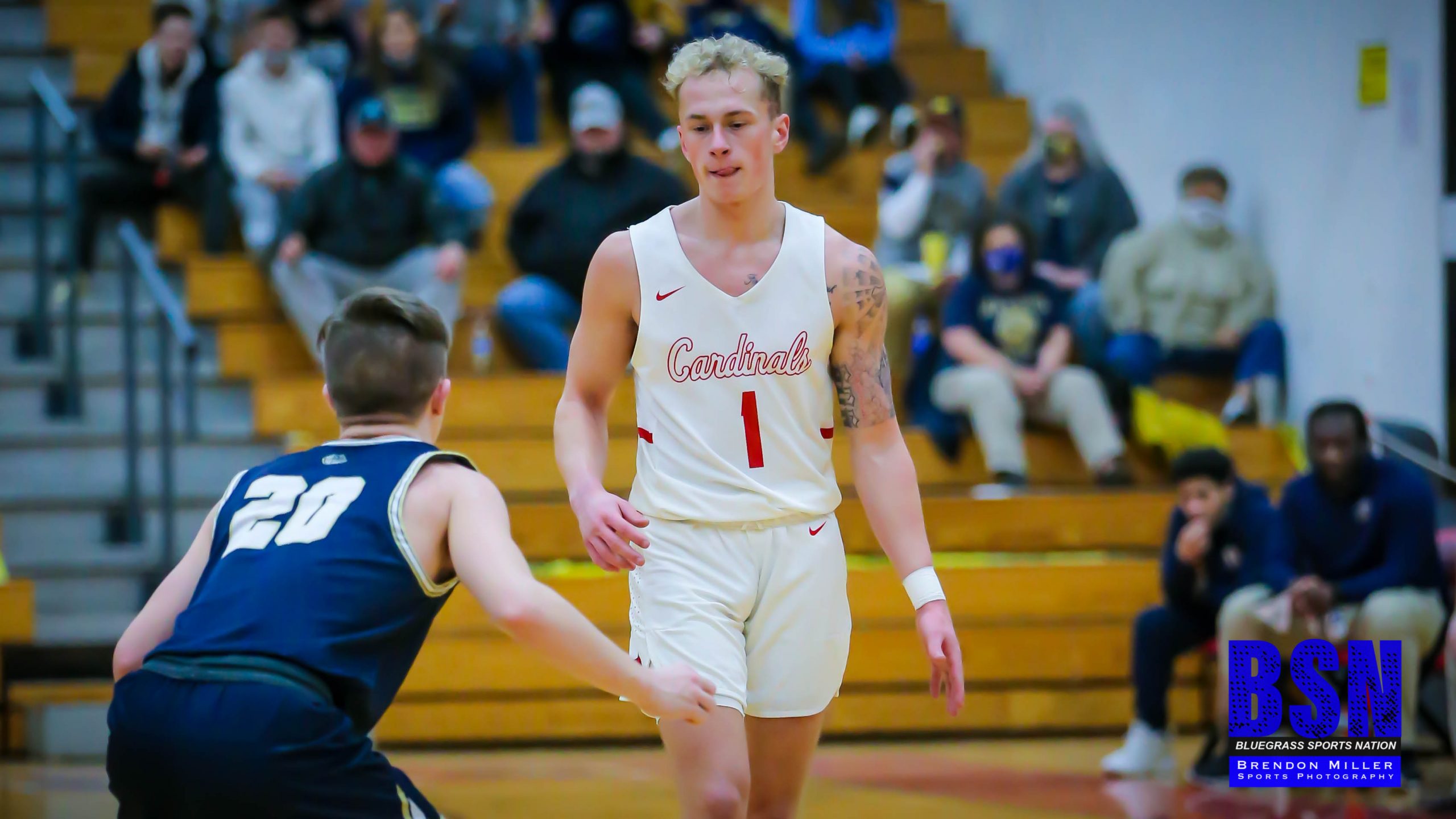 The Patriots continued to play a distinguished schedule during 2021, with multiple matchups against formidable opponents outside of the 14th Region. Knott (8-4) travelled to Inez on Tuesday Night to take on 15th Region power, Marin County. (4-5) Martin’s stand out Junior guard Brady Dingess paced the Cardinals with 25 on the night and the Cardinals evened their record with the 72-57 win.

1st QUARTER
The teams played to a near even quarter. Jacob Butcher led the Cardinals with seven points on two baskets and a 3-pointer, Dingess had four and Cameron Dials hit a 3-pointer. Colby Naper led the Patriots with six on three baskets and Kizer Slone had a 3-pointer and field goal for five. End of the 1st, Martin led 14-13.

2nd QUARTER
Martin began to build a lead in the period as Dingess knocked down two 3-pointers and had eight, while Luke Hale and Jordan Dalton each had five. Kent Damron had eight of the Patriots’ 12 in the quarter. At the half, Martin had built a 34-25 lead.

3rd QUARTER
Martin extended their lead in the 3rd as Butcher splashed two more 3-pointers for six, Dingess and Hale each had five, and Parker Davis had two baskets for four. Shepherd led Knott with four. Headed to the 4th Quarter Martin led by 18, 54-36.

4th QUARTER
Knott mounted a run in the 4th, outscoring Martin for the only quarter of the game, 21-18. Colby Napier pumped in 10 on four baskets and a couple free throws to tally his team-high 19. Dingess finished his game-high 25 with eight on four baskets. Butcher added six to total 19 in the game.

Martin County hit nine 3-pointers on the night and were nine of 15 from the line.