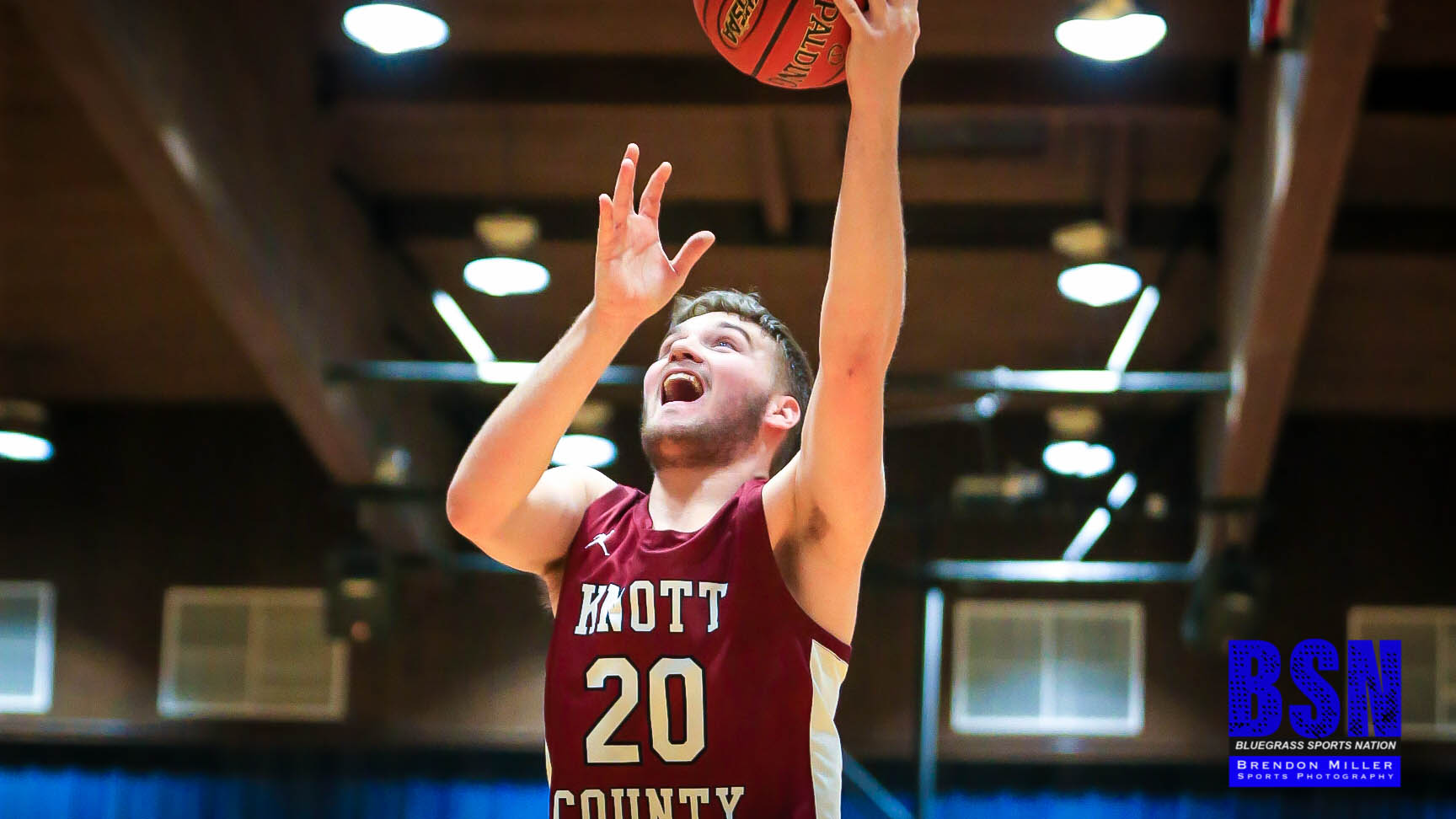 With the Win, Knott would have been on to the Final Eight of All A

The Patriots and Pikeville were in Richmond today for what was originally an all-mountain first-round matchup of the All “A” Classic State Tournament. Shortly after noon, the All “A” Classic Board decided to shut down the tournament within an hour of the first game beginning, leaving the two teams, who had both already traveled to Richmond, to play what became an official KHSAA game.

With the cancellation, Knott Central Seniors, Colby Napier, Josh McGuire, Scott Shepherd, and Kent Damron were shut out of their opportunity to play for a state title in their last season. Despite the disappointment, the Patriots and Panthers started the action shortly after 4:00 PM.

Pikeville started hot from behind the arc hitting seven 3-pointers in the first half with Laithan Hall knocking down four, to send the Panthers to the half with a five point lead, 33-28. After an even 3rd Quarter, the Patriots controlled the 4th Quarter out-scoring the Panters 18-9, for the 59-55 win.

1st QUARTER
Pikeville hit three 3-pointers in the quarter with Hall hitting two and Rylee Samons one, while Nick Robinson had two baskets for four. Napier had six of the 11 scored by the Patriots as he had a basket and got to the line for four of four. Damron and Shepherd each had a field goal. End of the 1st, Pikeville led 13-11.

2nd QUARTER
Napier knocked down a pair of 3-pointers to lead the Patriots with seven. Damron hit a 3-pointer and Kizer Slone, Hall hit his 3rd and 4th 3-pointers, and Lukas Manns and Health Jarrell each added one beyond the arc. Tate Walters had two baskets and the Panthers headed to the half with a 33-28 lead.

3rd QUARTER
The teams played to a 13-13 time in the 3rd. Samons and Robinson scored all the Panther points, as Robinson had seven and Sammons hit two 3-pointers for six. Napier scored nine of his game-high 24 in the quarter to keep the Patriots within striking distance. Headed to the 4th, Pikeville 56 – Knott Central 51.

4th QUARTER
The Knott defense held the Panthers to nine points. Samons hit his fourth 3-pointer for the game and Hall had a basket for his team-high 14. Jayden Huff lead the 4th quarter charge with seven including a 3-pointer, while Damron and Shepherd added five and four respectively.

Josh McGuire did his damage on the boards with 13 rebounds and Shepherd added nine.