Kowalik and Humes Hand Kentucky First Win at Auburn Since 2012 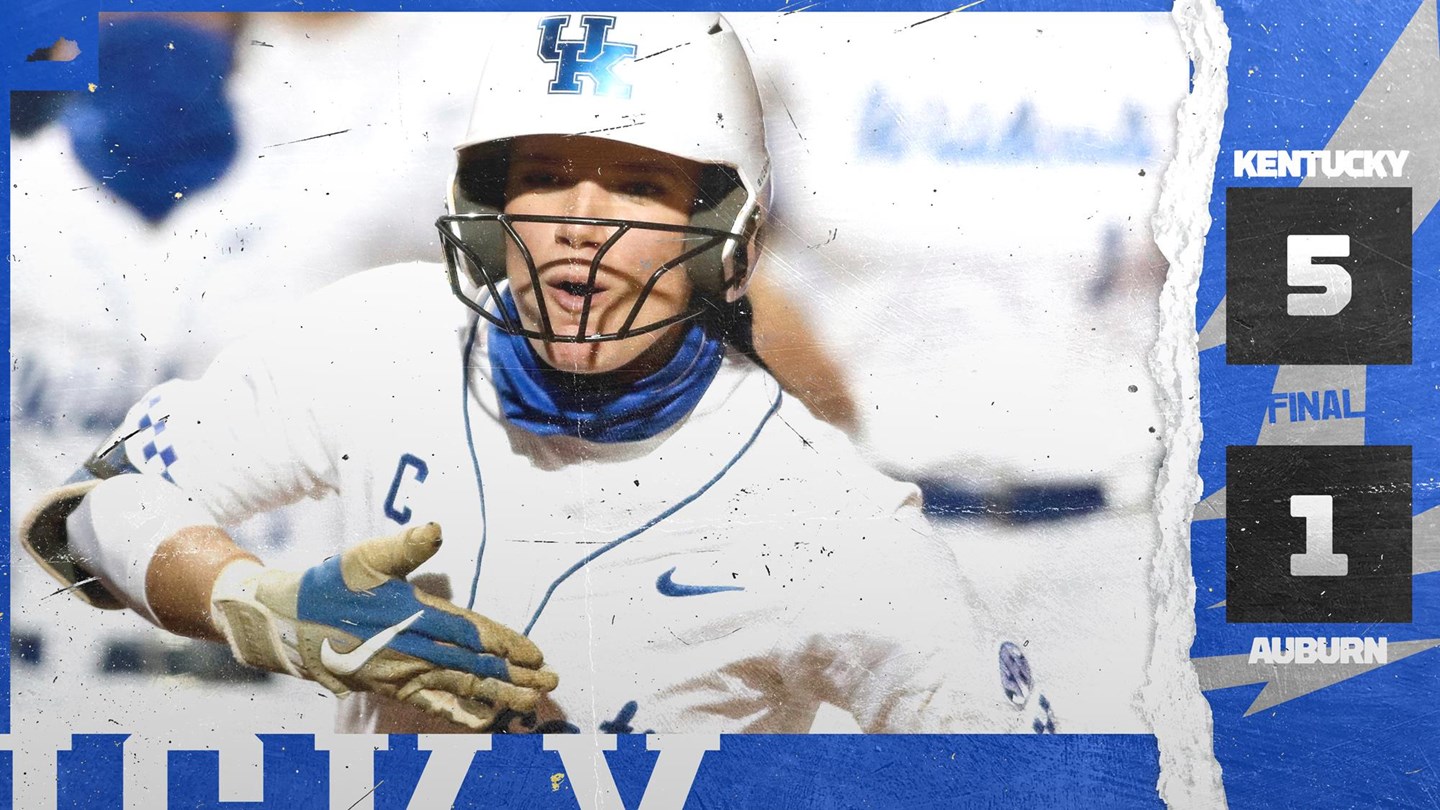 Senior pitcher Autumn Humes threw a complete game in the circle, only allowing one run and junior catcher Kayla Kowalik went 3-for-4 with a pair of doubles as No. 12 Kentucky salvaged game three on The Plains with a 5-1 win over Auburn on Sunday afternoon.

The win for Kentucky is its first win at Jane B. Moore Field in Auburn since the 2012 season.

After being unable to come up with the key hit all series, the Wildcats exploded for five runs on eight hits Sunday, as Kentucky was able to score twice in the third and three times in the sixth to pick up its 30th win of the season.

Humes threw her team-leading eighth complete game of the season in the win, going 7.0 innings, allowing just one run on six hits, walking three and striking out five. Humes’ record in the circle in 2021 improves to a sparkling 14-5 on the season as she continues the best season of her career.

Kowalik extended her now school-record hit streak Sunday afternoon to 20 games by going 3-for-4 with a pair of doubles and a single. Over the last 11 games, Kowalik is batting an extraordinary .703 with 26 hits in 37 at bats. She set two major school records over the weekend, setting the school record for hits in a game consecutively (20) and breaking Brittany Cervantes’ single-season runs scored record with her 57th of the season.

Kentucky is now 30-10 and 6-9 in the Southeastern Conference this season with Sunday’s result. The Tigers fall to 25-13.

UK will host Louisville on Wednesday night at 7 p.m. ET from John Cropp Stadium for the annual “Battle of the Bluegrass”. The game will be televised by ESPNU with Eric Frede and Madison Shipman on the call. Tickets are available online at UKathletics.com/tickets.

20. Kayla Kowalik’s hit streak got extended to 20 on Sunday afternoon, as she logged a single and a pair of doubles in the win.

The key player Sunday was Renee Abernathy. Abernathy blew open the game in the top of the sixth inning with a two-out, two-run shot into right to score Tatum Spangler and Lauren Johnson.

The key play in the game was Tatum Spangler’s sacrifice fly in the top of the third inning, as she scored the eventual game-winning run in the form of Rylea Smith on the play.

A throwing error brought home Kentucky’s first run of the game as pinch runner Erica Thulen scored on an errant throw during Rylea Smith’s at bat. Spangler hit a sac fly to left center to plate Smith and Kentucky took a 2-0 lead after two. UK 2, AU 0

In the top of the sixth, Kentucky put runners on second and third with nobody out and Renee Abernathy scored a pair on a two-run shot to right field. Erin Coffel then hit a single into shallow left to score Abernathy from second with two outs for UK’s third run of the inning. UK 5, AU 0

Auburn’s only run came in the bottom of the sixth on a lead-off solo home run. FINAL – Kentucky 5, Auburn 0