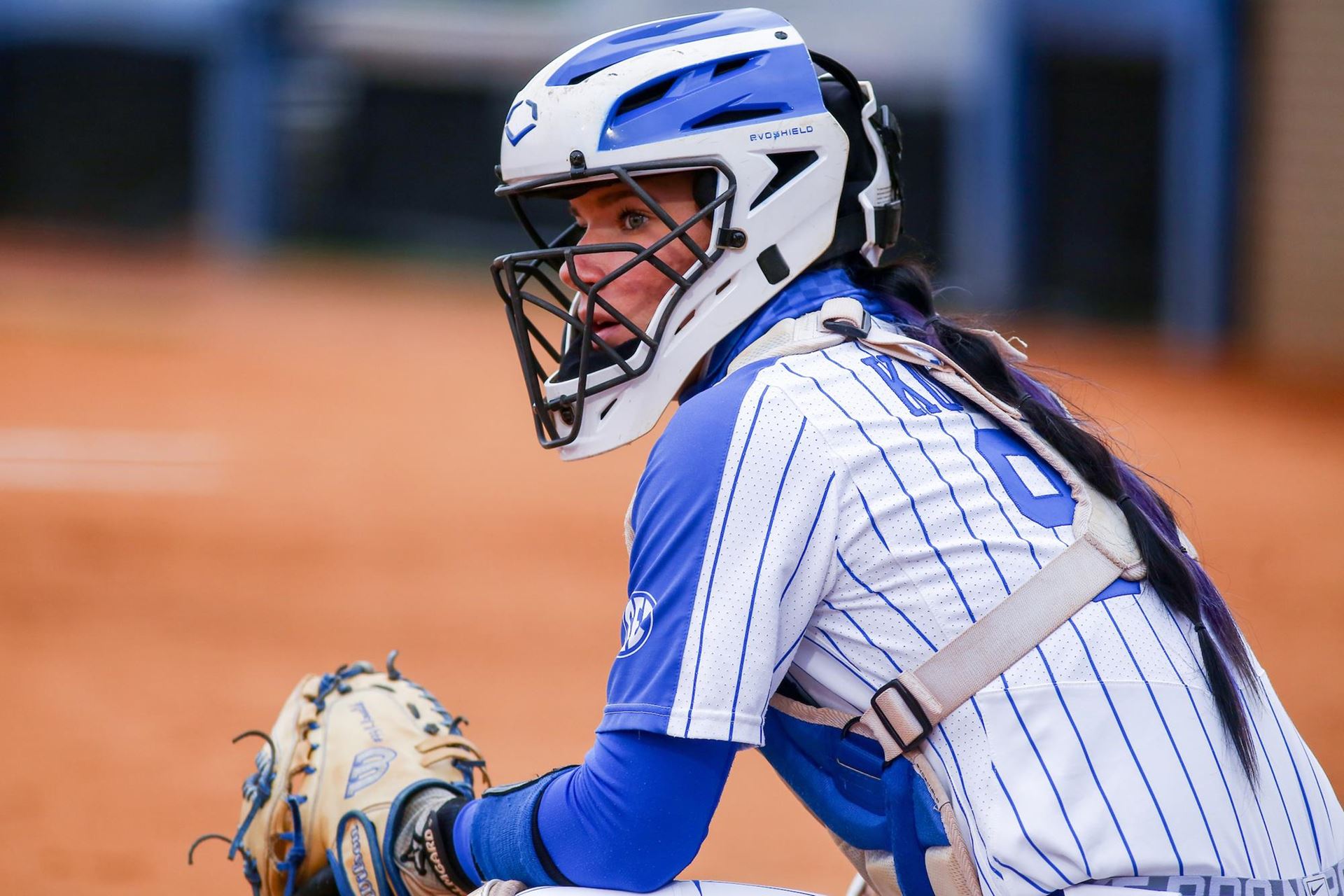 Kayla Kowalik registered a hit in her school-record tying 18th game Friday night, but Auburn took the series opener vs. No. 12 Kentucky with a four-run first inning, 5-3.

Game two of the series will be Saturday at Noon ET and broadcast live on the SEC Network with Mark Neely and former Alabama All-American Kayla Braud on the call.

Kowalik went 3-for-4 at the plate on Friday night, with three singles as she bumped her incredible season-long batting average up to .522. The hit in the top of the first marked the 18th-straight game Kowalik has recorded a hit, tying Katie Reed’s school record in 2016. She joins Reed and Kara Dill as the only three UK players to have a 15-plus hitting streak in program history.

In the first, Kowalik scored on an RBI infield single by Lauren Johnson to break Brittany Cervantes’ runs scored record, as she tapped the plate for the 57th time this season.

Kentucky mounted a scoring threat in the top of the fifth inning, and had runners at second and third with no outs down two runs, but UK was unable to crack the code and left the bases loaded in the inning as part of a game that saw UK leave four runners on base in scoring position.

Auburn won the game in the bottom of the first, as a UK error and a three-run home run put up a four spot for the Tigers in the inning, a deficit Kentucky couldn’t climb out of.

UK falls to 29-9 on the season and 5-8 in the Southeastern Conference.

18. Kayla Kowalik now has a hit in a school-record 18 games.

Miranda Stoddard was the key player in the game, throwing 5.2 innings, only allowing one run on seven hits after coming in relief in the bottom of the first inning.

The key play in the game was a three-run home run by Lindsey Garcia in the bottom of the first.

Lauren Johnson had an RBI infield single to score Kayla Kowalik in the top of the first. UK 1, AU 0

Auburn took advantage of a Kentucky error in the bottom of the first, and hit a three-run home run to take a 4-1 lead. AU 4, UK 1

In the top of the fourth, Renee Abernathy hit her third home run of the week to cut the deficit in half as she led off the inning with a long ball to center. AU 4, UK 2

In the fifth, Tatum Spangler roped an RBI double into center to score Rylea Smith, but Kentucky left the bases loaded in the inning after only scoring one run. AU 4, UK 3

Auburn benefited from an obstruction call to score an unearned run in the bottom of the sixth inning. FINAL – Auburn 5, Kentucky 3