Kurt Busch Cashes In in Vegas 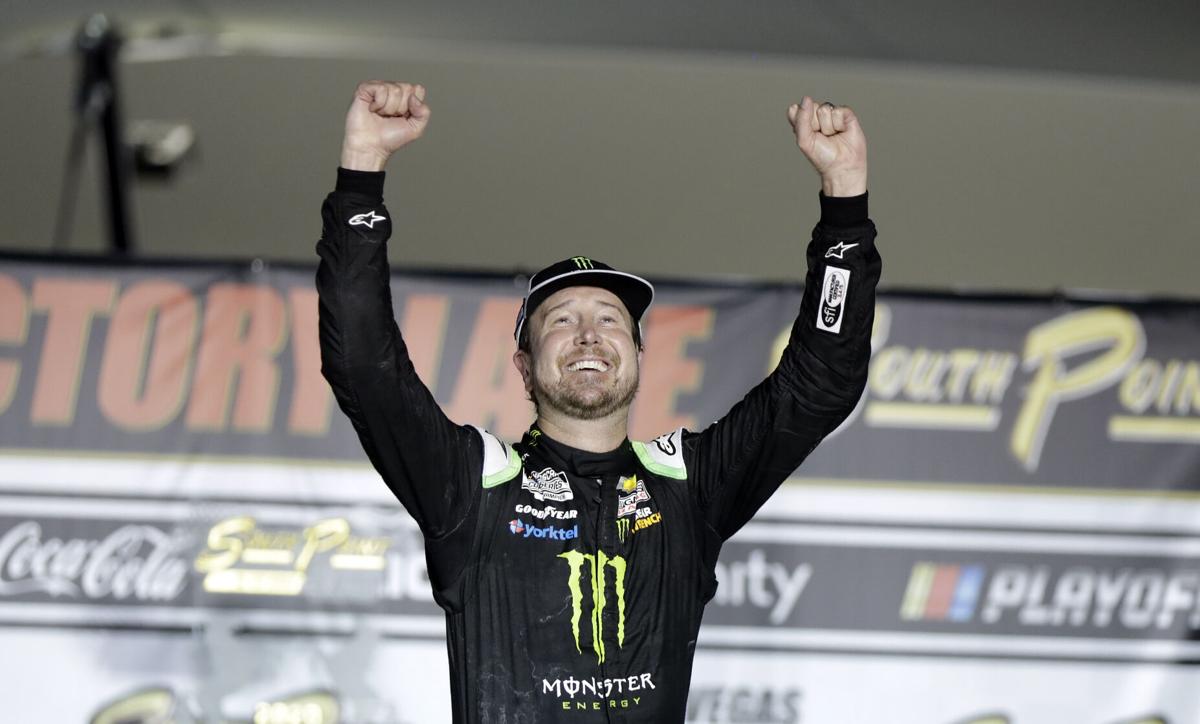 Chase Elliott had the field in check in the opening portion of Stage 1 only to be passed by Kyle Busch on pit road. Kyle Busch relinquished the lead to Denny Hamlin on initial restart. Denny Hamlin secured the lead all the way to win Stage 1.

Green flag restart was captured by Joey Logano only to be contested by Kyle Busch.

Results in confrontation will be attended by pit crews as Logano and Busch fall back multiple laps for car repair.  Denny Hamlin took advantage and controlled the field.

Chase Elliott patiently drove to the front holding off a late charge from Denny Hamlin to win his eighth stage win of the season.

A late John Hunter Nemechek caution allows Kurt Bush to reach in his tool box of tricks to revenge a track that bit him 21 consecutive attempts.   Being the only playoff contender on the lead lap when the caution came out, Kurt takes advantage controlling the restart with a fiery Matt DiBenedetto chasing.

Seven laps to go brought out a decisive William Byron caution setting up a two lap dash for the checkers.

Denny Hamlin dominated the race leading 121 of the 268 laps until the cautions jumbled the finish but rallied to finish third.

The Round of 12 continues next weekend at Talladega Superspeedway and will be finished off at the Charlotte Motor Speedway Roval in two weeks.

The NASCAR Cup Series returns on October 4th for the YellaWood 500 hosted by Talladega Superspeedway at 2 p.m. on NBC / SiriusXM 90 NASCAR Radio