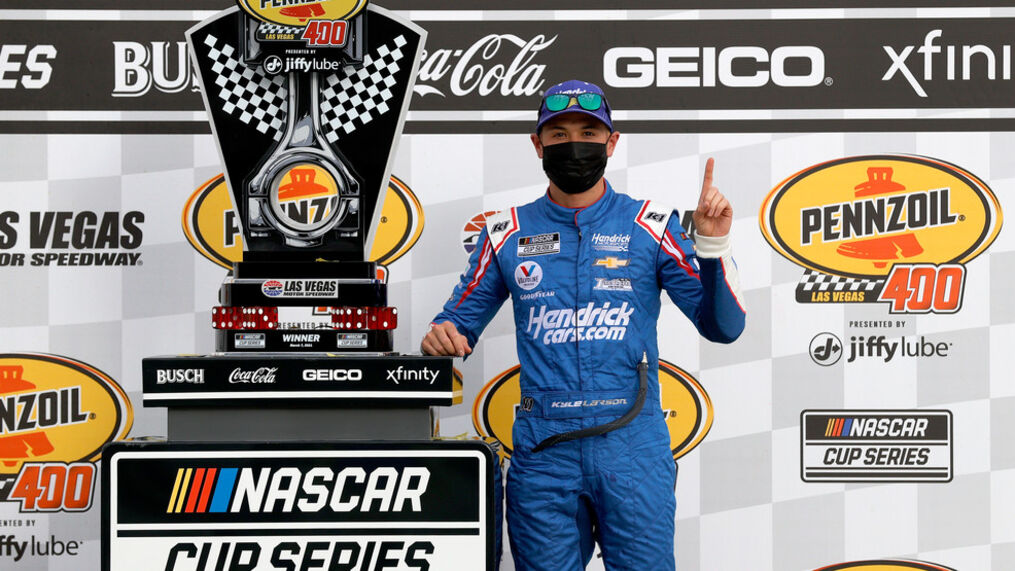 Kevin Harvick who finished fifth last week at Homestead, sits alone at pole entering the fourth race of the season

As the Green flag flies in Vegas, contenders quickly challenge the 1.5 mile speedway contesting four wide in the middle of pack to three wide for the lead.

21 laps to go in Stage 1, Joey Logano out front with Chase Elliott breathing down his neck. Kyle Larson, Brad Keselowski and Ryan Blaney round out the top 5.

Brad Keselowski wins his first stage win of the year.

Stage 2 restart spotlighted Brad Keselowski guarding his lead.  Driver/s aggression as well as position on track were separated by inches while attempting 3 wide maneuvers behind Keselowski.

Tyler Reddick circulates to the lead as leaders pit for a final service stop with 29 Laps to go in Stage 2.

Didn’t take long for Kyle Larson to muscle his machine to the front with 14 laps to go and cruises to 3 second Stage win over a distant Brad Keselowski.

Chase Elliott along with Aric Almorlia both have separate track issues, setting back hopes for any contending chance to win.

Kyle Larson continues to pace the pack with 55 circuits remaining as the field follows accordingly.

As the laps wrap down, Kyle Larson managed to distance his lead with 25 laps to go. Brad Keselowski covered second with Denny Hamlin, Martin Truex Jr. and Kyle Busch rounding out the top five.

Kyle Larson is the fourth different winner in the 4th event in the 2021 NASCAR Cup Series season.