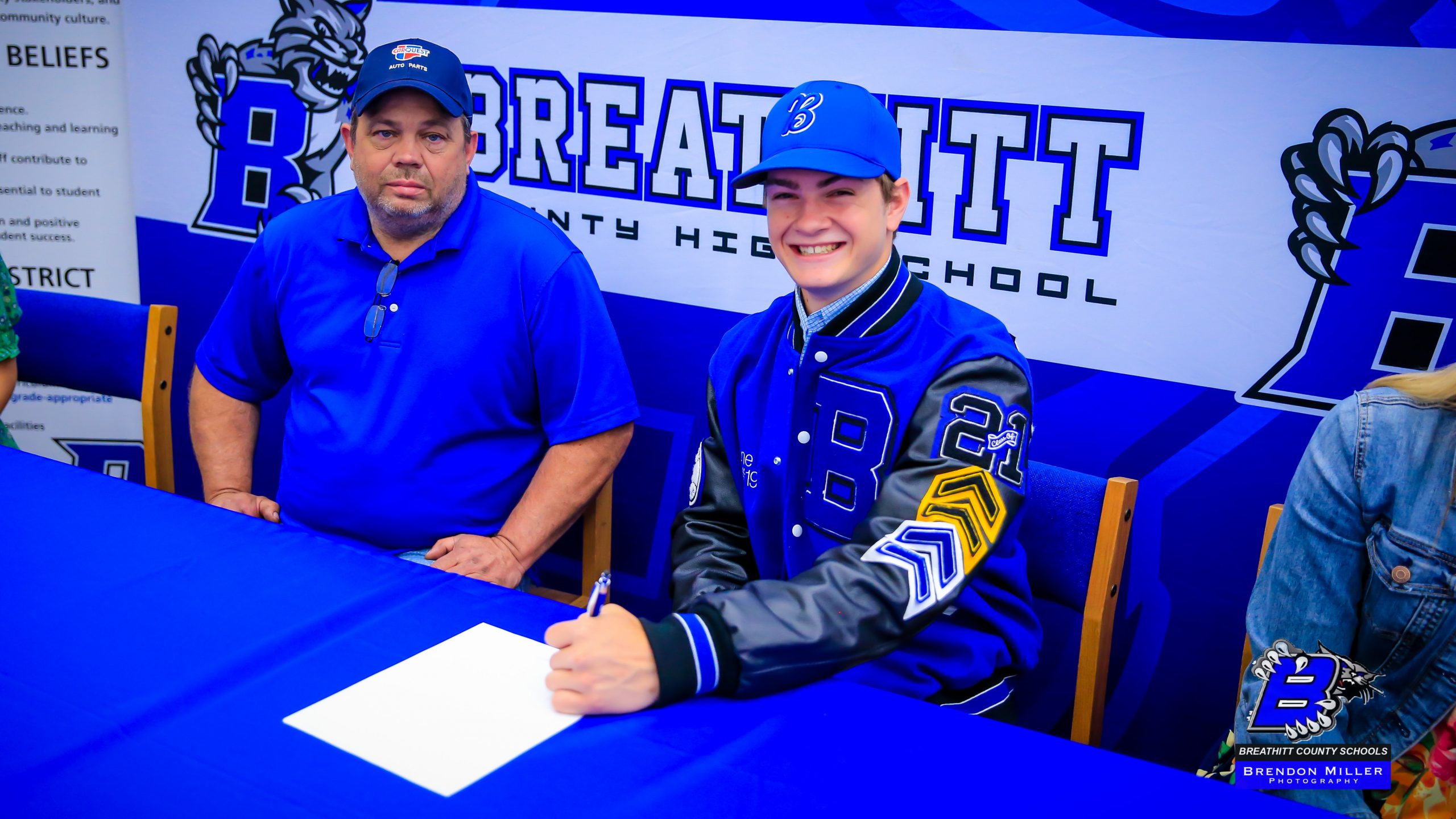 Weddle to play both Football and Baseball for he Patriots

Breathitt County’s Mr. Do-It-All running back, safety, kicker and punter has signed with the University of the Cumberlands and will take his talents to Williamsburg. In his Senior football season, Weddle rushed the ball 69 times for 715 yards for 13 touchdowns and an average of 102.1 yards a game. Through the Air, Weddle caught 21 passes for 361 yards and four touchdowns and in the kicking game was 22 of 29 on PAT’s on the season, and was outstanding puting the ball. On offense Weddle averaged 20.0 points a game for the Bobcats and led the Bobcats in tackles on defense with 48 on the season.

LINK to the Facebook LIVE of the Signing Ceremony!
https://www.facebook.com/bluegrasssportsnation/videos/282517880193173

Weddle is also a standout on the diamond currently hitting .375 on the season.