Late Second Half Run Sends EKU to Victory at Morehead 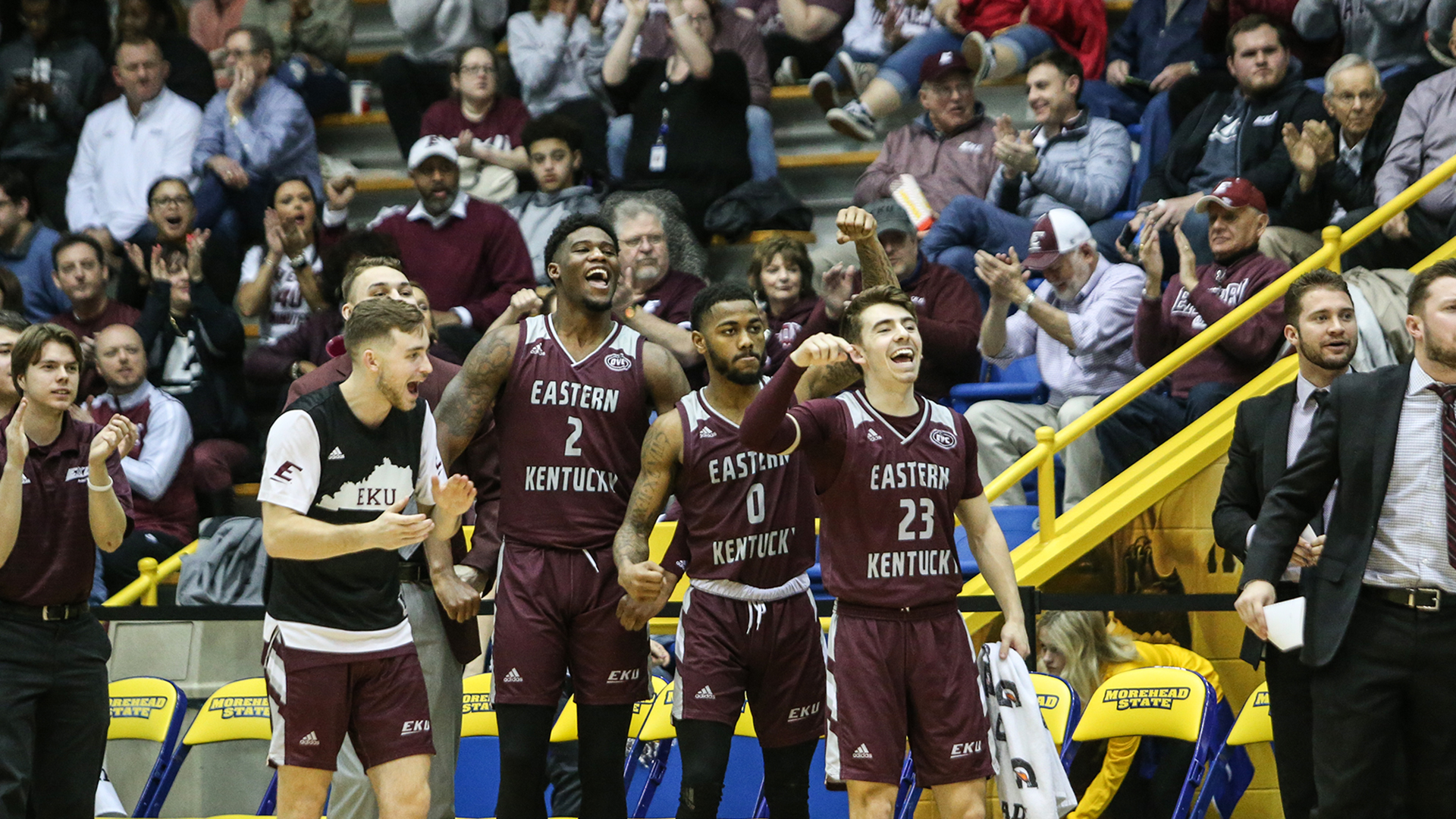 Eastern led 42-37 at the break after shooting 56 percent from the field in the first half.  The Colonels trailed by nine, 19-10, before rolling off a 15-5 run to take their first lead of the game.  Lachlan Anderson hit three 3-pointers including one to cap the run and put the visitors in front 25-24.  EKU led by as many as five points on five occasions through the end of the first half.

Eastern stretched its lead to seven three times and nine once through the first 12 minutes of the second half, but the Eagles closed the gap each time.  With the Colonels up 61-54, Morehead State scored seven of the next nine to get within two, 63-61, with 5:33 left in the game.

However, Taylor knocked down a three-pointer from the right wing on the other end.  After a MSU basket, Brown scored on a lay-up and Taylor connected on three free throws to extend the advantage to 71-63, with 3:11 to play.  A jumper by King capped a run of seven unanswered and gave Eastern Kentucky its largest lead of the game, 73-63, with 2:11 on the clock.

MSU cut the 10-point deficit in half before King scored on a break-away dunk and made the ensuing free throw with 36.2 seconds remaining to push the lead back to eight and essentially secure the win.

EKU shot 55 percent for the game.  Morehead State made 42 percent of its shots, but finished just 3-of-25 (12 percent) from behind the arc.

The Eagles were led by Tyzhaun Claude with 23 points and six rebounds.

Eastern Kentucky will play at Austin Peay on Saturday at 5:30 p.m. ET.