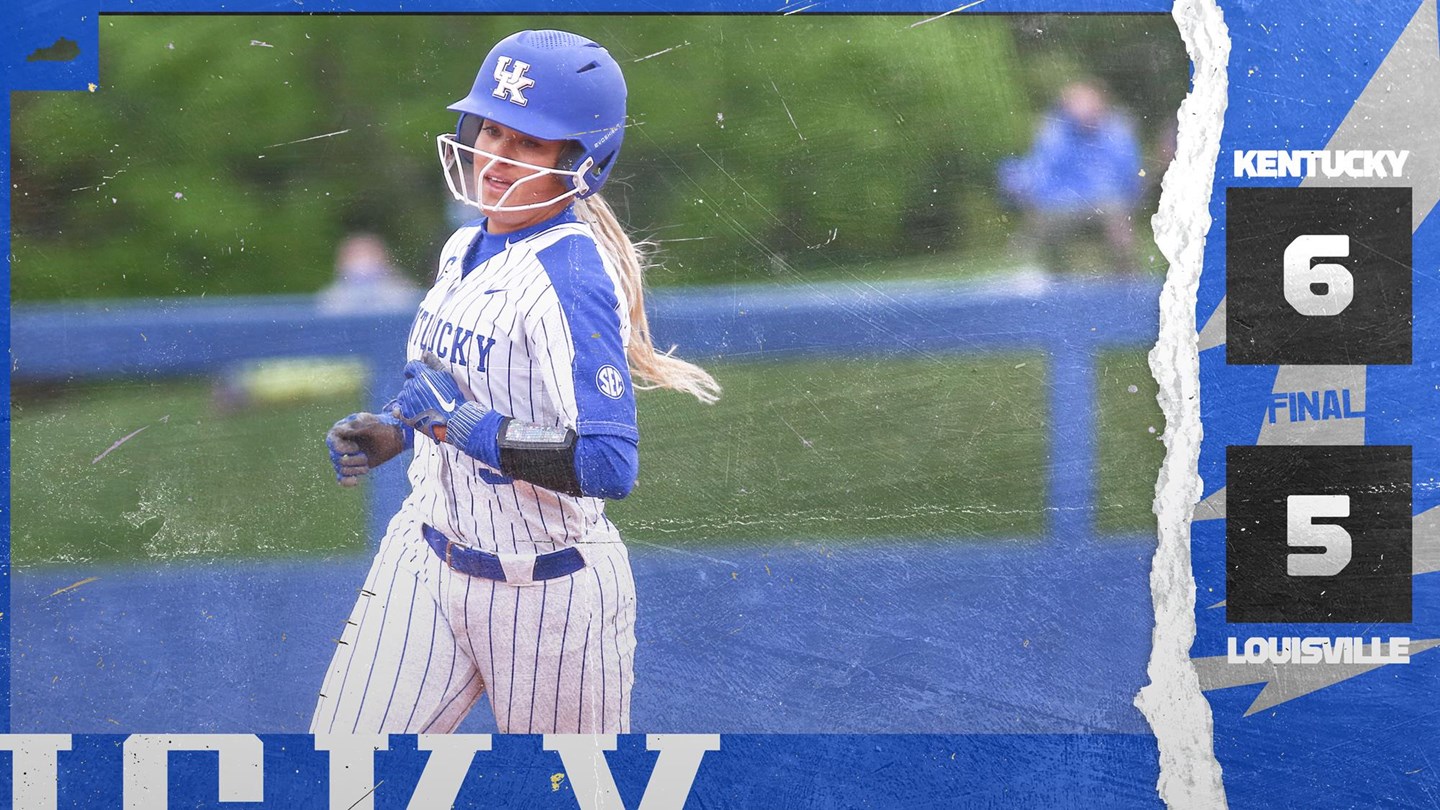 Senior Lauren Johnson had a critical catch in left field during a Louisville rally in the top of the seventh inning, and the walk-off sacrifice fly in the bottom of the ninth inning to lift the No. 14 Kentucky softball team over its in-state rival Louisville, 6-5 on Wednesday night at John Cropp Stadium.

Kentucky has now won two games in a row and will continue its four-game homestand this weekend as it welcomes the No. 15 LSU Tigers to Lexington for a three-game series starting Friday night. Game one will be shown live on the SEC Network+ with Dave Baker and Jenny Dalton-Hill on the call. Game two will air on ESPN2 and game three will be shown on the SEC Network with Kevin Brown and Amanda Scarbrough on the call.

Autumn Humes picked up her 15th win of the season in the circle for Kentucky, as she ups her record to 15-5, the fifth-best start to a single season by a pitcher in Kentucky Softball annals. Humes went the final six innings of the game, allowing two runs on five hits, walking two and striking out five.

Kentucky never led in the game until the bottom of the ninth inning in the walk-off.

21. Kayla Kowalik continued her school-record hit streak Wednesday night, going 3-for-5 at the plate with a double and a pair of singles. Her streak is now at 21 and she is hitting .534 on the season.

The key play in the game was a Tatum Spangler double with one out in the bottom of the seventh, to put the tying run in scoring position.

Louisville hit a solo home run in the top of the second inning to take the early lead. UL 1, UK 0

Erin Coffel hit her 16th home run of the season to right field to tie the game in the bottom of the second inning. UK 1, UL 1

Louisville scored two runs on two different RBI hits to re-take the lead in the top of the third. UL 3, UK 1

Kentucky would respond with a run in the bottom of the second as Spangler lifted a sac fly to left and scored Miranda Stoddard, who led off the inning with a single. UL 3, UK 2

The Cards scored on a sac fly in the fourth to double its lead. UL 4, UK 2

Kentucky tied the game in the bottom of the fifth inning as Kayla Kowalik led off the inning with a double and scored on an error. Lauren Johnson, who got on via the Card error, scored on a sac fly by Renee Abernathy. UK 4, UL 4

In the top of the seventh, a lead-off single turned into a run for UofL as Chung drove in the go-ahead run with one out. A sensational catch by Johnson in LF kept the number at one. UL 5, UK 4

UK tied the game in the seventh as Johnson singled into shallow LF to score Spangler, who doubled with one out the batter prior to Johnson. UK 5, UL 5

After back-to-back singles by Babbs and Kowalik to start the bottom of the ninth, Johnson drove home the winning run on a sac fly to deep right, which allowed Babbs to score the game-winning run. FINAL/9 – Kentucky 6, Louisville 5