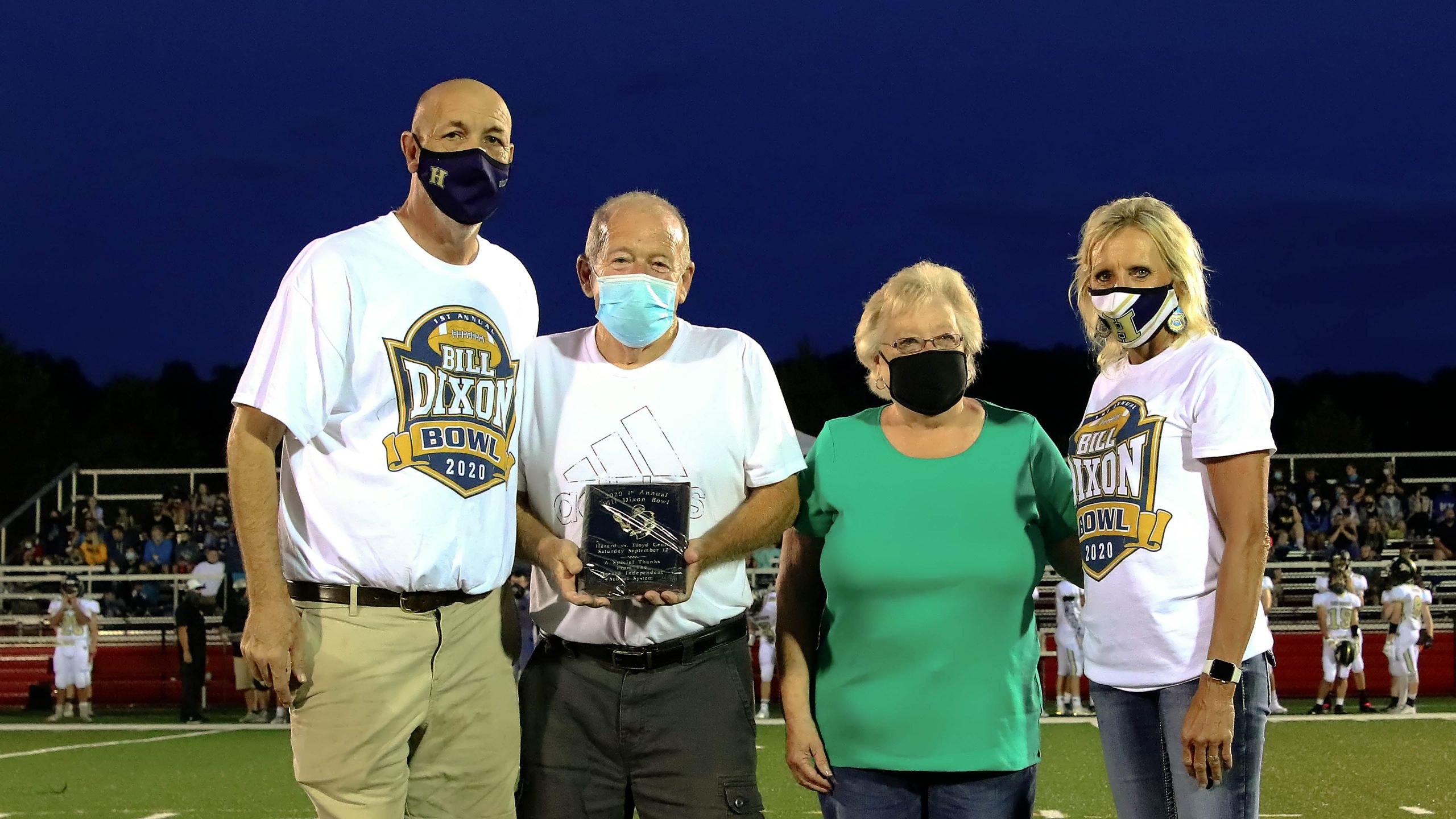 STATEMENT READ AT PRESENTATION DURING BOWL

Tonight’s bowl game is in honor of longtime baseball and football coach Bill Dixon. Coach Dixon started his teaching and coaching career in the Perry County School system in 1968. He taught at Dennis Wooten Elementary, A.B. Combs Elementary and M.C. Napier High School. He won several county championships in basketball and football for his schools.

In 1974, Coach Dixon began his football coaching career at M.C. Napier High School where he won over 100 games. He built a strong and competitive program for the Navajos. In 1970, Coach Dixon became the head baseball coach at M.C. Napier High School where he won almost 600 games, several 54th District Championships, and Regional Championships in 1977, 1986 and 1987. The 1987 M.C. Napier Baseball team made it to the KHSAA State Baseball Tournament Final Four. Coach Dixon was also inducted into the KHSAA Baseball Coaches Hall of Fame. He had one of the top baseball programs in the mountains.

In 1995 with the closing of M.C. Napier, Coach Dixon chose to retire with 27 years of teaching and coaching experience in the Perry County School system.

He continued his educational career with the Hazard Independent school system in 2000 where he worked for 16 years as a pre-school bus driver, assistant football coach and athletic director for Hazard. He enjoyed helping his son Maurice Dixon and nephew Mark Dixon on the sidelines of Hazard High School for many years. The Dixon family helped continue the winning tradition as one of the top football programs in the state of Kentucky.  Coach Dixon was also a successful basketball official in the 14th region for over 20 years. During this time, he also had the opportunity to be an official at the Sweet 16 basketball tournament at Freedom Hall. Coach Dixon was later an assigning secretary for the 14th Region Officials.

Coach Dixon passed away this past spring after a short illness. He will be missed by his family, friends, former players and coaches. He has touched many lives during his 43 years of working in the education system. At this time Superintendent Sondra Combs and Principal Donald “Happy” Mobelini will present the Dixon family, including his grandchildren that he loved dearly – Elijah Dixon and Anthony Marlowe – both students at the Hazard Middle school, along with grandchildren Alexa Marlowe and Ava Marlow – students at Roy G. Eversole Elementary with a plaque honoring Coach Bill Dixon. Fans please give the Dixon family a round of applause.