Legends Swept By Tourists in Doubleheader 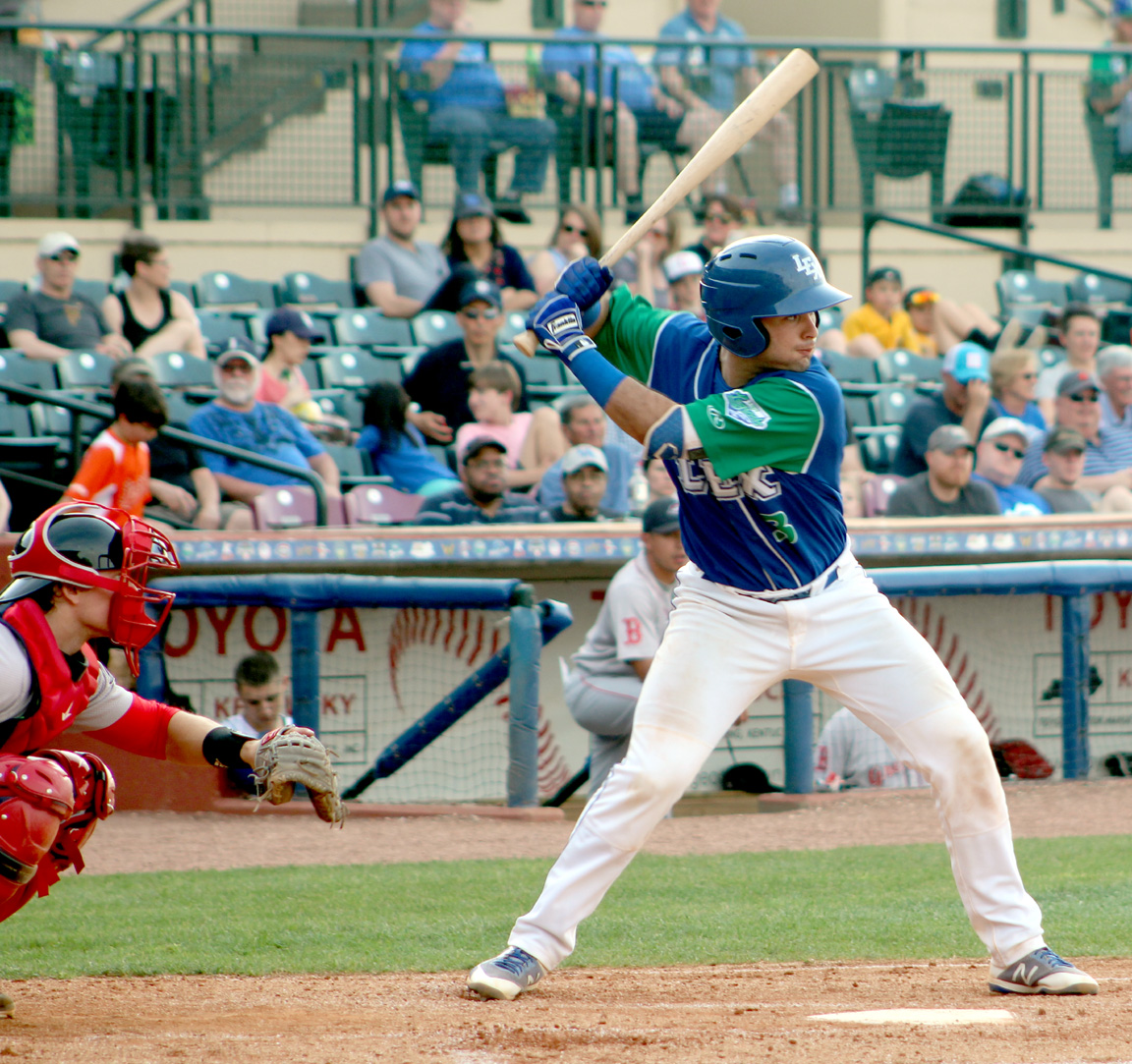 MCCORMICK FIELD (Asheville, NC) – The Lexington Legends were swept in the second doubleheader of the series facing the Asheville Tourists. They fell in game one 7-1 and in game two, 5-3. Lexington is now 32-29 on the season and Asheville improves to 24-37.
The Tourists got to scoring early and often in game one. In the bottom of the first inning, Bret Boswell doubled to right field then scored on a throwing error by Lexington’s pitcher Nolan Watson on the sacrifice bunt by Ryan Vilade and Asheville led 1-0. With Vilade on third, Sean Bouchard lined an RBI double to left field, extending the Tourists’ lead to 2-0.
In the bottom of the third, Bouchard doubled again and advanced to third on a wild pitch by Watson. Ramon Marcelino then popped up a sacrifice fly to right field, scoring Bouchard and Asheville led 2-0.
Asheville continued scoring in the bottom of the fourth. Austin Bernard was hit by a pitch by Watson then advanced to third on a single to right field by Boswell. Vilade singled a ground ball to left field, scoring Bernard and moving Boswell to third. Chad Spanberger lined a two run double to right field, and Asheville led 6-0.
The Legends plated their only run of the game in the top of the fifth. Travis Jones drew a one out walk then scored on an RBI triple by Brewer Hicklen, putting the Legends on the board 6-1.
The Tourists scored their final run of the game in the bottom of the sixth inning with a solo homer by Boswell.
Watson was given the loss for the Legends tossing 4.0 innings allowing six runs (five earned) on nine hits while striking out four. Lucas Gilbreath was awarded the win for the Tourists, pitching 5.0 innings allowing one run on six hits while walking two and striking out seven.
In game two, the Legends got on the board first, but could not hold onto the lead. Travis Jones was hit by a pitch then scored on a groundout by Hicklen and Lexington led 1-0.
The Tourists had an answer in the bottom of the first. Vilade singled to center field but was thrown out on a force out at second base, allowing Bouchard to reach first. Spanberger doubled Bouchard home and the game was tied at one. Marcelino then blasted a two-run homer to right field, putting Asheville ahead 3-1.
Seuly Matias smashed his 20th home run of the season in the second inning, pulling the Legends within one run. Matias still holds the top spot in Minor League Baseball with his twenty homers.
In the top of the fourth, Pratto singled to right field and advanced to second on a wild pitch thrown by Justin Valdespina. Matias then drew a walk to put runners at first and second. Sebastian Rivero hit an RBI single to centerfield, scoring Pratto.
In the bottom of the inning, Robbie Perkins homered to center field putting the Tourists ahead, 4-3.
Spanberger hit a home run in the bottom of the sixth, extending Asheville’s lead to 5-3.
Collin Snider was given the loss for the Legends, throwing 4.0 innings allowing four runs on five hits while walking one and striking out three. Braxton Lorenzini was awarded the win pitching 2.0 perfect innings.
The Legends and Tourists conclude their series tomorrow at 2:05 p.m. at McCormick Field. RHP Carlos Hernandez (3-2, 4.03 ERA) will be on the mound for Lexington and Asheville is TBD.
The Legends, a Class A affiliate of the Kansas City Royals and member of the South Atlantic League, play all home games at Whitaker Bank Ballpark in Lexington, Kentucky. For ticket information, call (859) 422-7867 or visit LexingtonLegends.com