Limiting Louisville’s Big Plays Will be a Priority for Kentucky 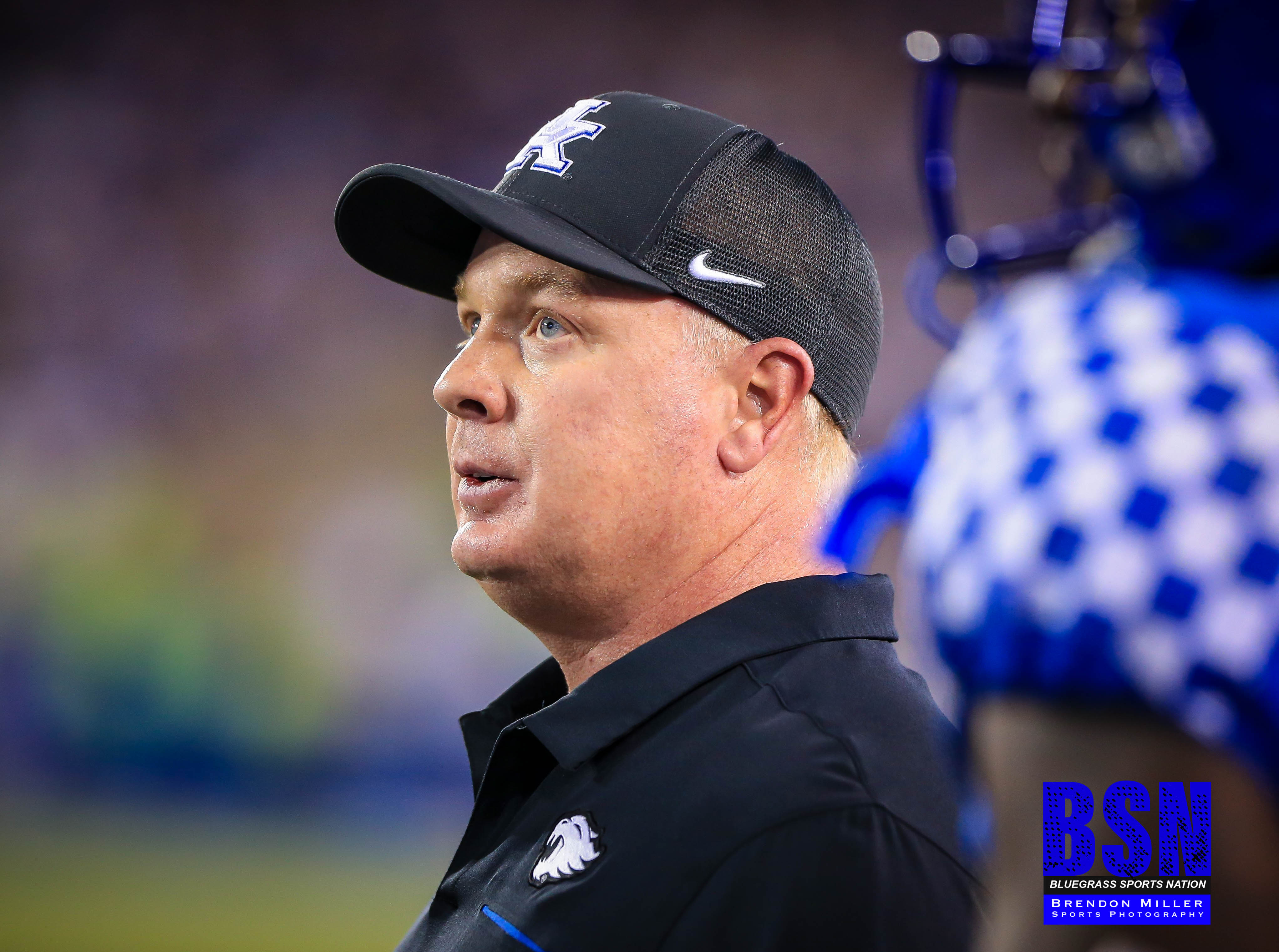 Like most football coaches in the country, Mark Stoops has been impressed with Louisville’s progress under first-year Cardinals coach Scott Satterfield.

Similar to his predecessor, Bobby Petrino, the Kentucky coach said Satterfield and his staff “do a nice job of setting things up and getting the ball down the field.”

“When coach Petrino was rolling and really doing great offensively, there was also great balance like there is now in their offense,” he said. “There’s some things that are similar but scheme-wise they’re different.”

Kentucky will get a first glimpse of a Satterfield-coached Louisville team when the two teams battle for the Governor’s Cup in a noon kickoff Saturday at Kroger Field. The Wildcats (6-5) have defeated the Cardinals in two of the past three games between the two instate foes, including a 56-10 victory a year ago in Louisville, but this matchup figures to be closer with rain scheduled in the forecast.

Under Satterfield, the Cardinals (7-4) have produced a big turnaround and have already surpassed last year’s victory total by five games. Louisville went 2-10 last year, leading to Petrino’s dismissal in his second stint as coach of the Cardinals.

A big concern for Stoops and the Wildcats is eliminating big plays. Kentucky’s defense has been stellar during the past five games and has given up less than 305 yards during that same span. That feat hasn’t happened since 1977 and the Wildcats haven’t allowed more than 34 points in 25 consecutive games.

“They’ve had a lot of explosive plays — they really have, and they’re balanced in them,” he said. “It’s not just in the pass game. They’ve had a lot of explosive runs. That’s why I say their commitment to the run game opens up some opportunity. They will keep on pounding and keep on handing it off and chopping wood in the run game and create some explosive that way. It also opens up some shots down the field.

Stoops added that Louisville’s Javian Hawkins and Tutu Atwell are two targets to watch Saturday, while Cardinals quarterback Micale Cunningham also is a concern for the Wildcats’ defensive unit.

“(They are) just two very good football players,” Stoops said. “Tutu is the type of player that can change the outcome at any given moment. … He can run. He runs good routes. He catches the ball in traffic. He’s really played exceptionally well. Hawkins has been a very physical runner for them. He has elite speed and makes you miss and he did that last year with the long run (75-yard touchdown) early in the game. He is electric when things break down. I think it comes down to team defense. You have to play good as a team.”

“This is a smaller group, just in numbers itself it’s a much smaller group,” Stoops said. “The attrition hit this class. These guys have been exceptional leaders and great players for us, so we’re excited to send them off with the last game of the year being at home against Louisville, be a big opportunity.”

One of the biggest surprises of departing class this season has been the emergence of Taylor, who has collected 7.5 sacks this season. He also has forced three fumbles, tops in the Southeastern Conference and No. 10 in the nation in that category.

“Everybody talked about Josh (Allen) last year and the development piece, but Calvin is equally as impressive with where he came from,” Stoops said. “Nobody was recruiting him and we took a shot on him and he did his part. He worked extremely hard and our strength and conditioning coaches have done a really good job with him and he’s coachable. He is taking the medicine and getting better and better every day.”