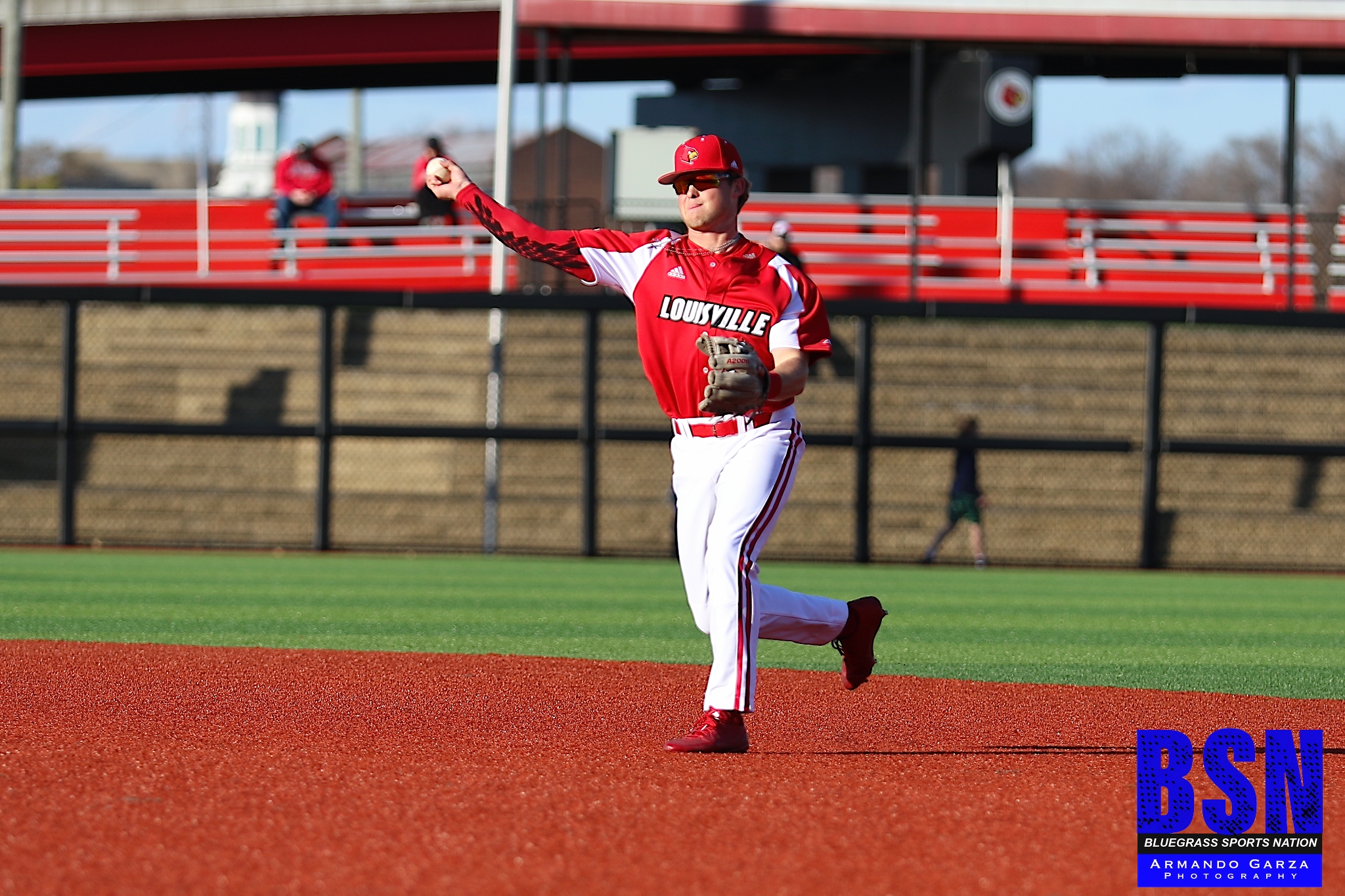 The second-ranked University of Louisville baseball team heads on the road to start ACC play against Wake Forest in Winston-Salem, N.C., on Friday with first pitch scheduled for 6 p.m., ET. Saturday’s game is set for 4 p.m., ET, with the series wrapping up Sunday at 1 p.m., ET. All three games will be televised on ACC Network Extra, with radio coverage on 93.9 The Ville.

The Cardinals upped their winning streak to eight games with a 16-3 triumph over Morehead State on Tuesday at Jim Patterson Stadium. Louisville pounded out 20 hits and got home runs from Henry Davis, Cameron Masterman, Ben Metzinger and Levi Usher.

The UofL offense has been red hot over the last six games, scoring 67 runs and tallying 83 hits during that stretch. Louisville has recorded at least 15 hits in four of those six games, including a season-best 20 in Tuesday’s win.

Louisville and Wake Forest have met 17 times previously, all coming since the Cardinals joined the ACC for the 2015 season. UofL holds a 14-3 edge in the series, including a three-game sweep of the Demon Deacons last season. The Cardinals are 4-2 all-time in Winston-Salem, sweeping Wake Forest in 2016 before losing two out of three in 2018.

·        Louisville is 5-0 all-time in ACC openers, including a 4-0 victory over Boston College last season, and has won the opening conference series in each of its five seasons in the ACC. This is the first time the Cardinals have opened up ACC play away from home.

·        The Cardinals’ eight-game winning streak is currently the ninth-longest in the country and second-best in the ACC, behind NC State’s 12-game streak.

·        Reid Detmers recorded the 11th double-digit strikeout effort of his career against Western Michigan, tallying 10 punchouts in just five innings. Detmers is fourth overall on Louisville’s career strikeout list with 269, 36 behind Justin Marks (2007-09) in third. The southpaw is 122 away from Brendan McKay’s program record. Detmers is currently second in the country, averaging 18.56 strikeouts per nine innings.

·        Bobby Miller has allowed just one run over 12.2 innings in his last two starts. The right-hander has struck out 20 batters across those two outings, giving up just seven hits. Miller turned in one of his best performances of his career against Wake Forest in 2019, holding the Demon Deacons hitless for seven innings before exiting at 109 pitches. For his career, Miller has allowed just one hit in 9.1 scoreless innings against Wake Forest.

·        Michael Kirian has made five appearances on the season and picked up five saves, which is currently tied for the national lead. The southpaw has been lights out, allowing just two baserunners in his 5.1 innings. Kirian has retired 11 straight hitters over his last four appearances. Since the start of the 2019 season, Kirian has a 1.45 ERA in 37.1 innings with 51 strikeouts and just nine walks.

·        Adam Elliott appeared in five of Louisville’s first eight games, but the Cardinals didn’t need to use the southpaw in the weekend sweep of Western Michigan. It marked just the second weekend (James Madison, 2019) that Elliott hasn’t pitched in during the last two seasons. Elliott’s career ERA of 1.93, would rank third in the program’s history and he is just 10 appearances away from moving into the top 10 all-time.

·        Ben Metzinger has been on fire over the last two weeks, hitting in seven consecutive games with a .482 (13-for-27) average during that stretch. Metzinger has tallied a trio of three-hit games and scored 10 runs while splitting time at third base and behind the plate. The sophomore launched his first collegiate home run as part of a three-hit, four-RBI effort in the finale against Western Michigan and added another long ball in the win over Morehead State.

·        Ben Bianco has started to heat up at the plate, hitting in four straight games with multiple hits in the last two. The junior launched his team-leading third home run of the season, a grand slam, as part of a five-RBI effort in Sunday’s win over Western Michigan. He followed that up on Tuesday with four more RBIs, three of which came on a bases-clearing double. Bianco is now the team-leader with 13 driven in on the season.

·        Danny Oriente had only one RBI through the first six games of the season. However, the senior has continuously delivered with runners on of late, picking up 11 RBIs in the last six contests. Oriente has been excellent throughout his career at bringing runners home, hitting .370 with runners in scoring position in his time at Louisville.

·        Zach Britton has been all about extra-base hits in 2020, with nine of his 13 hits this season going for more than one base. The junior is currently second in the country with eight doubles. Britton has doubled in five consecutive games and owns an extra-base hit in eight of the 12 games this season.

·        Tim Borden’s collegiate career has gotten off to a strong start. After sitting out all of 2019, the sophomore has moved into a platoon role at second base to start 2020. Borden has a hit in all seven games he’s stepped to the plate and hit his first collegiate home run in a pinch-hit role in the finale against Western Michigan.