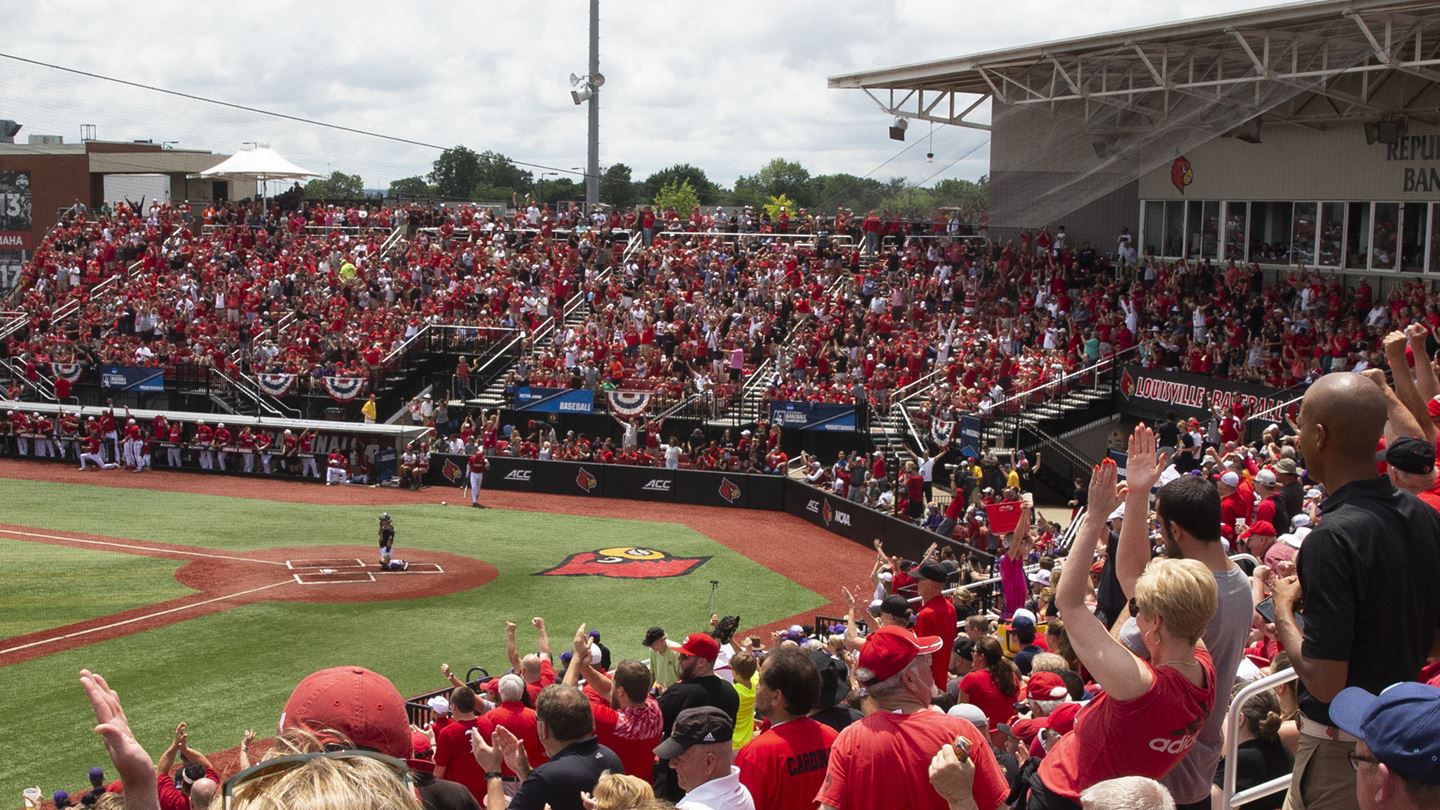 The Cardinals are scheduled for 18 games across the ESPN family of networks.

LOUISVILLE, Ky. – The University of Louisville baseball program will be featured prominently on national television throughout the 2020 season, as ESPN and its family of networks announced their programming schedules on Tuesday.

The Cardinals have 18 games scheduled for national television, headlined by games against Clemson (April 12) and at Vanderbilt (May 5) set to air on ESPN2. UofL will also play 15 games on the ACC Network and its away game at Kentucky will be featured on the SEC Network.

The ACC Network will also televise the semifinals of the ACC Baseball Championship on May 23 from BB&T Ballpark in Charlotte, N.C., with ESPN2 carrying the championship game the following day.

Fifty-five of Louisville’s 56 regular season contests are scheduled to be televised, with all of its non-nationally televised home games set for air on ACC Network Extra. The Cardinals’ opening weekend at Ole Miss will be shown on SEC Network+. The 55 regular season games scheduled for television coverage are the most in program history.

Louisville enters the 2020 season as the top-ranked team in the country in three of the six major polls, ranking second in the other three. The Cardinals are coming off a 51-18 record during the 2019 campaign that saw them win the ACC Atlantic Division for the fourth time in five years and reach the bracket final at the College World Series, the deepest postseason run in program history.

2020 LOUISVILLE BASEBALL SEASON TICKETS
The 2020 reserved chairback ticket packages, which include one ticket to each of the 17 ticketed games, are priced at $110 for adults, $90 for senior adults/youths and $90 for families of four or more. Season tickets for the Left Field Berm are also available at $50 per ticket. Season tickets are on sale now and can be purchased online here, by calling 502-GO-CARDS or by visiting the Louisville Cardinals Ticket Office, located near Gate 2 at Cardinal Stadium (2800 South Floyd Street) on weekdays from 9 a.m., until 5 p.m., ET. Complete details on 2020 UofL baseball tickets can be found at gocards.com/bsbtickets.