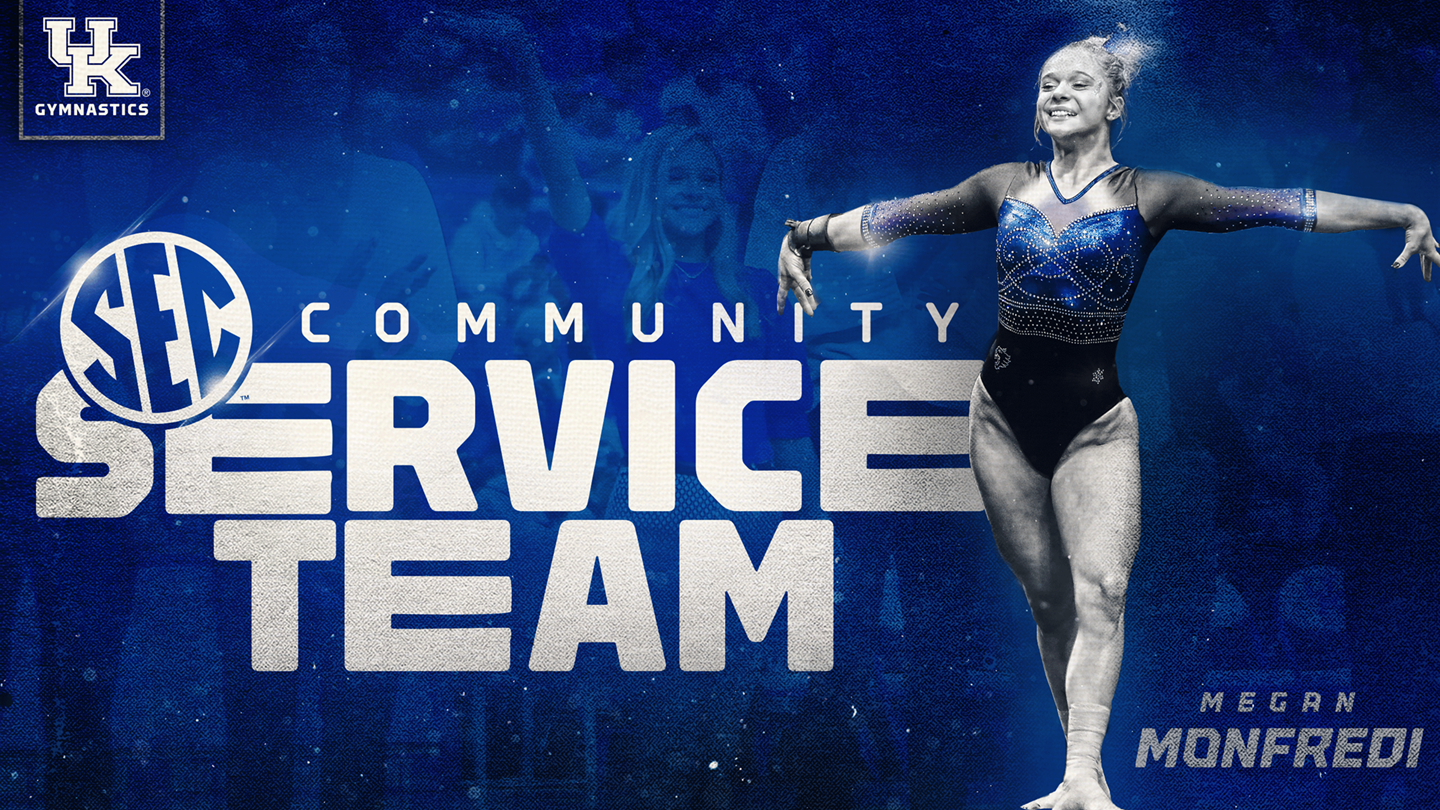 LEXINGTON, Ky. – The University of Kentucky’s Megan Monfredi was named to the 2020 Southeastern Conference Gymnastics Community Service Team on Monday, becoming the 14th different athlete in program history to earn the distinction.

Since 1999, the SEC Community Service Team has served to highlight competitors from each school who give back to their respective communities in superior service efforts.

Monfredi has recorded the second-most career community service hours on the Kentucky gymnastics team despite only being a junior. Her 33 and a half hours have been dedicated to God’s Pantry, Read Across America, Ronald McDonald House, Special Olympics Kentucky and Lexington’s Garden Springs Elementary School.

The psychology major was also one of 29 athletes across all UK sports to be inducted into the Frank G. Ham Society of Character, honoring those who have shown an extraordinary commitment to academic excellence, athletic participation, personal development, career preparation and serving as a role model. Monfredi was named to the most recent SEC Winter Sports Academic Honor Roll as a sophomore in 2019.

The native of Gibsonia, Pennsylvania, competed on floor exercise in all 10 meets this season, earning a career-high 9.875 on Feb. 16 at No. 9 LSU.