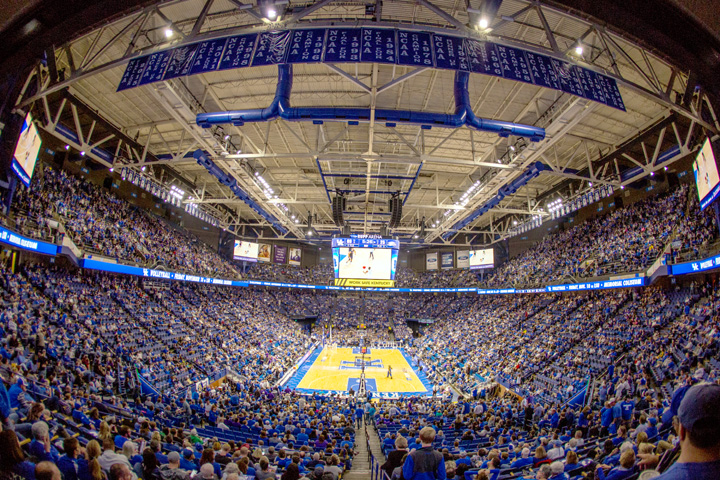 “We are excited for another memorable season with the Big Blue Nation in Rupp Arena and thank our fans for their incredible support,” Deputy Athletics Director DeWayne Peevy said. “Kentucky men’s basketball is one of the truly unique traditions in sports. While the demand for season tickets continues to outpace our inventory, we are committed to keeping prices in line with our peers in college basketball.”

This marks the first ticket-price increase in two seasons.

Season ticket holders will receive an email with instructions on how to renew tickets for the upcoming season. Renewals may be made online at UKathletics.com/renew. Paper invoices will be mailed in early August. The renewal deadline is Friday, Sept. 1.

Fans interested in purchasing new season tickets may register for the annual men’s basketball ticket lottery. After renewals are complete, a limited number of 200-level seats are available through the lottery system each year. Complete details can be found at UKathletics.com/tickets. K Fund seating in the lower level requires a capital pledge commitment. For more information on K Fund seating availability, please call 859-257-6300.

Additionally, student tickets will also increase by $5 per game, reflecting a new $10 price point. This is the first change to student ticket prices since the 1990s. Student distribution dates, along with public on-sale dates and prices for single game tickets, will be announced in the fall.

The Wildcats have won the Southeastern Conference regular-season and tournament championships in three straight seasons and John Calipari has signed yet another top-ranked recruiting class. This year’s home schedule features two exhibitions and 18 regular-season games, including games against Virginia Tech and Louisville and nine conference games.