Missouri Has No Answer for Nick Richards in SEC Opener; Hagans OK 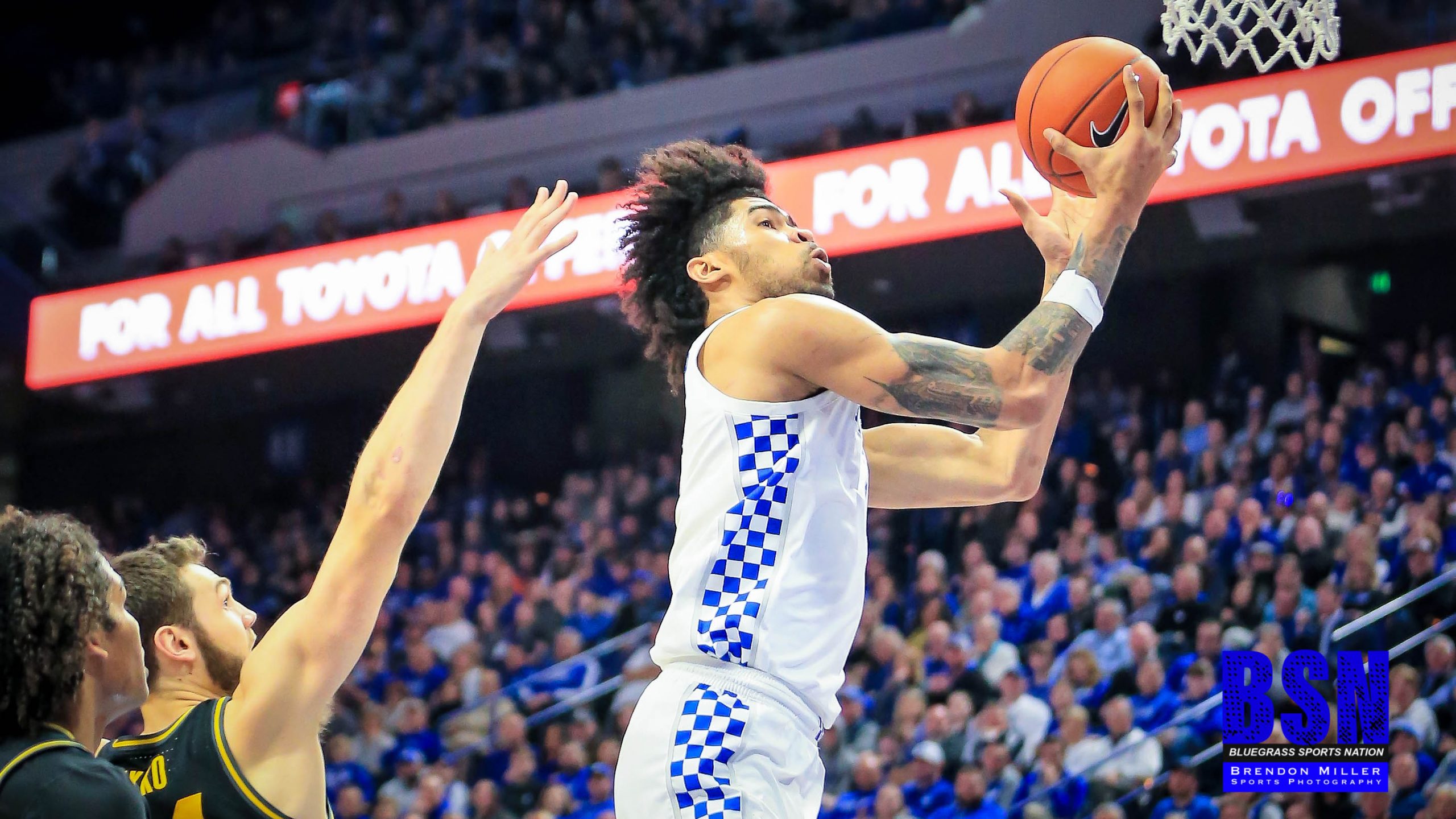 Missouri had no answer for Nick Richards.

Richards scored 21 points and grabbed 12 rebounds to lead No. 17 Kentucky to a 62-50 win over the Tigers Saturday in the Southeastern Conference opener for both teams.

It was the sixth double-double of the season for Richards, who poured in 13 points and grabbed 10 boards in a 78-70 win over No. 7 Louisville last week. The junior forward tallied 14 of Kentucky’s first 16 points, but fouled out with 3:52 remaining and was called for a technical foul in the second half.

“I’m proud of him, but, again, now it’s time to — he’s never been this guy,” Kentucky coach John Calipari said. “You’d put in a bad player and push him and shove him, and he pushes back and double technicals, and all of a sudden he’ll get out of the game. He doesn’t have the composure because he’s never been this guy. Now he’s this guy, you have a different responsibility. But he did great.

Although Kentucky (10-3) won their eighth straight home game and the ninth conference opener in 11 attempts under Calipari, the bigger concern is point guard Ashton Hagans, who went down with an apparent ankle injury with less than five minutes remaining in the contest. Hagans finished with seven points — all on free throw attempts — dished out six assists and grabbed five rebounds.

Although his scoring was pivotal, Richards said the top priority was getting a win.

Richards got some help from Kentucky guard Immanuel Quickley, who tallied 19 points and drained four shots from long range. Quickley’s 3-pointer with eight minutes in the first half gave the Wildcats their first lead of the game, one the Wildcats didn’t relinquish the remainder of the contest.

NO JUZANG
Kentucky sophomore guard Johnny Juzang sat out the game because of an illness and is listed as day-to-day. Juzang has scored just two points in the past four games. Juzang is averaging 1.7 points per game and scored a career-high five points in a win over UAB earlier this season.

“He hasn’t been in practice,” Calipari said. “We kind of separated him from the team because he had a virus. He’s in one of the rooms in the lodge but off by himself. Ellen (Calipari) made him vegan cookies last night, and I brought them over and slid them under the door.”

ROAD TRIP
Kentucky takes on Georgia Tuesday in Athens. The Bulldogs (10-3) defeated Memphis 65-62 Saturday for their first win over a Top-25 team since 2011.

“Going to Georgia, our hands are full. I haven’t seen much, but I know their coach (Tom Crean),” he said. “I know how good he is. I know how hard their team will play. They’ll be prepared. The good news is they only have a day and a half too, like us. I can’t imagine they’ll do much tomorrow, neither will we.”