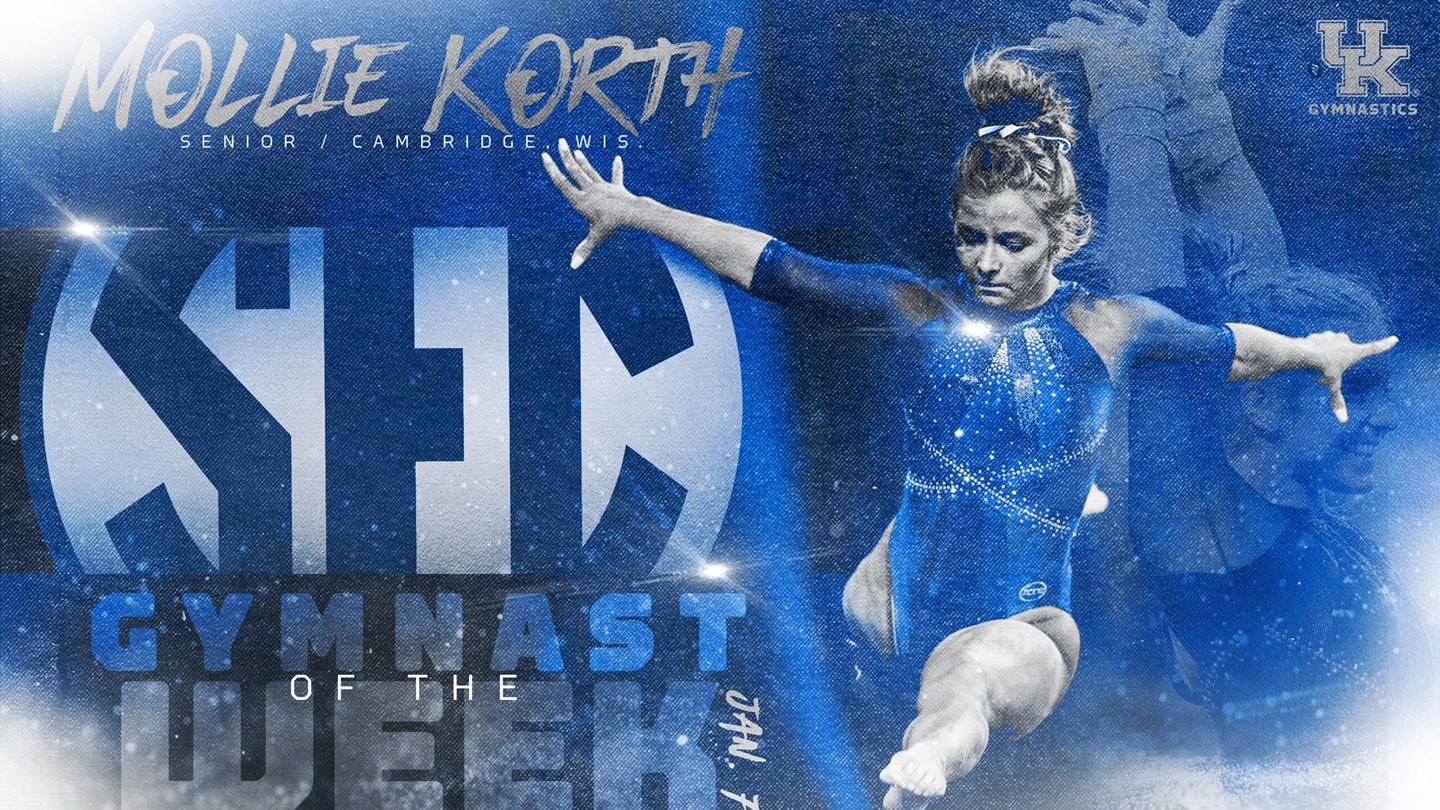 LEXINGTON, Ky. – After opening her senior campaign with four routines of 9.800 or better on the road versus the preseason’s fifth-ranked team, Mollie Korth was named the season’s first Southeastern Conference Gymnast of the Week on Tuesday.

“It’s a huge plus for our young team to have multiple-time All-American Mollie Korth leading the way with SEC honors the first week of the season,” said head coach Tim Garrison.

Korth led the Wildcats in all four events before being crowned the meet’s all-around champion and Kentucky’s Most Valuable Performer. The All-SEC honoree ranked second overall on vault (9.875), tied for third on bars (9.825), placed third on beam (9.875) and fifth on floor (9.800) for an all-around total of 39.375.

The Cats are set to make their home debut at their annual Excite Night meet at Rupp Arena on Friday, hosting No. 8 Missouri at 6 p.m. ET on SEC Network.