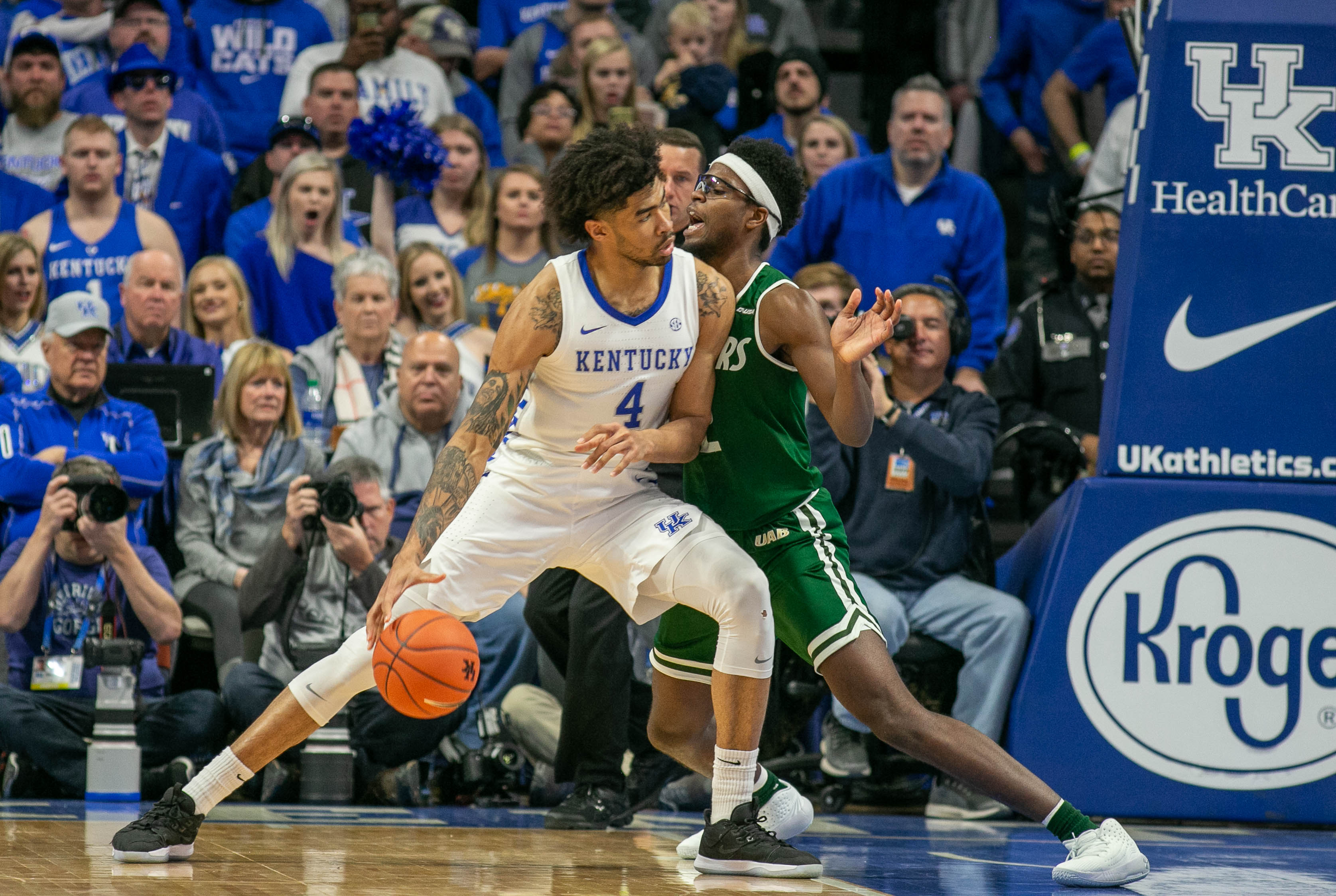 With Sestina out of the lineup for approximately a month or more, Montgomery and Richards now have larger roles on the team. The duo immediately stepped up to the challenge as they combined for 16 points on 8-of-9 shooting from the field and 10 rebounds in the first half.

The final score was 69-58, but that’s a little deceptive because UK led by 20 points with a little over four minutes remaining in the game before UAB went on an 11-2 run.

Player Notes:
Ashton Hagans had a stellar night. He had nine points to go along with a career-high-tying 12 assists. With the performance, Hagans has recorded at least five assists in four straight games, matching the longest such streak of his career.

John Calipari had this to say about Hagans after the game, “We could say there are better point guards in the country, but you got to tell me who you’re talking about. Because when you defend the way he defends and you’re as tough as he is, he went 12 assists, two turnovers. He’s shooting 47% from the floor and he missed all those threes early.”

E.J. Montgomery had a productive night as he scored a career-high 16 points on 7-of-13 shooting while tallying a season-high eight rebounds.

Nick Richards’ play continues to impress. Richards scored 16 points on a perfect 7-of-7 shooting from the field while leading all players in rebounds with nine. Richards appears to have improved tremendously over the off-season. Richards has had three games this season where he led the team in scoring, compared to just one such game prior to this season, which is a clear sign of growth.

Overall Evaluation:
Kentucky played well even without Nate Sestina. For BBN, it was nice to see Richards and Montgomery have such tremendous nights. Even though it was against a mid-major program in UAB, it is better than the alternative.

The Cats tallied 19 assists against the Blazers, which marks the third straight game the team has totaled 19 or more assists.

BBN:
UK saw a season-high 20,401 fans in attendance. BBN’s support did not go unnoticed by John Calipari, “Let me say this, the crowd, unbelievable crowd today. Unbelievable. And again, we all know the tickets are sold. That’s not the point. The point is these guys need that because they’re still trying to figure stuff out. And I thought that was really good.”

What’s Next?
Kentucky’s next game is on Saturday, Dec. 7 against Fairleigh Dickinson. The game will start at 4:00 p.m. and will be televised on the SEC Network.