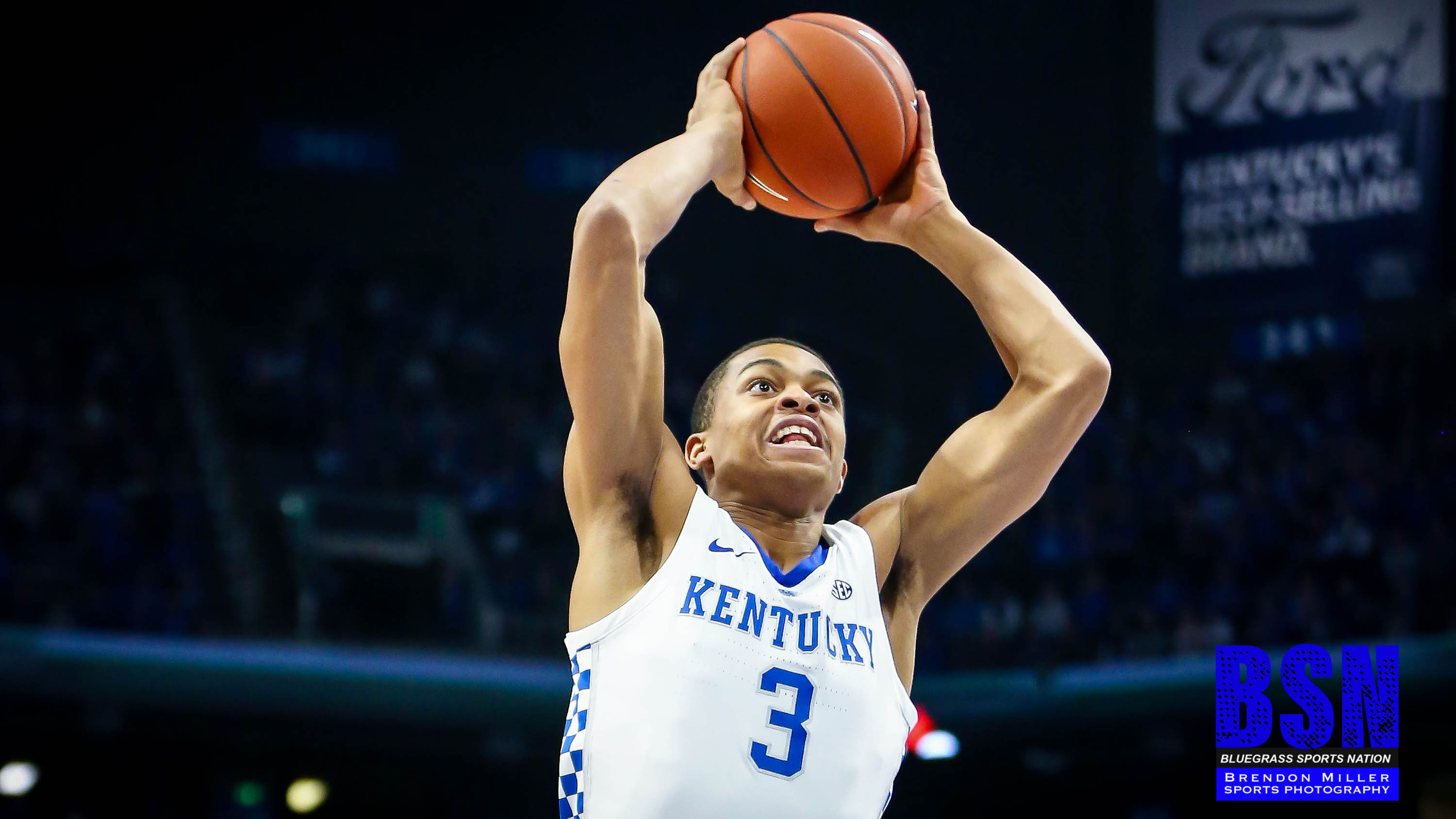 ORLANDO, Fla. – Even under unique circumstances with several teams not playing in the NBA restart, the Kentucky men’s basketball team will still have the largest college presence for the remainder of the 2019-20 NBA season.

Seventeen Wildcats – tied with Duke for the most in the country – appeared on official team rosters released by the NBA on Tuesday. The league is on the brink of resuming the 2019-20 season after play was halted March 11 because of the COVID-19 pandemic.

Of the 22 teams playing “in the bubble” at the Walt Disney World Resort in Orlando, Florida, 12 will feature former UK players. Four teams will have multiple Wildcats, led by the Oklahoma City Thunder with three (Hamidou Diallo, Shai Gilgeous-Alexander and Nerlens Noel).

Of the 17 Wildcats on NBA restart rosters, UK head coach John Calipari has coached 16 of them.

The official season will resume July 30 to determine which teams make the NBA Playoffs. The 22 teams in Orlando consist of the 16 teams (eight per conference) in current playoff positions and the six teams that are currently six games or fewer behind the eighth seed in their respective conferences (nine total in the Eastern Conference and 13 in the Western Conference). Exhibition games began Wednesday.

The NBA Playoffs will begin Aug. 17 in the traditional 16-team playoff field – the exception being that all games will be played in Orlando. There will be no live audience or tickets available for the remaining 2019-20 season restart games through the NBA Finals due to COVID-19 health protocols.

The Wildcats in the NBA restart figure to play a prominent role in some of the major storylines, chief among them Anthony Davis. In his first season with the Los Angeles Lakers, Davis is in the discussion for his first NBA MVP award. He is averaging 26.7 points, 9.4 rebounds and 2.5 blocks for the Lakers, who lead the Western Conference with a 49-14 record.

Jamal Murray, averaging 18.8 points, 4.8 assists and 3.9 rebounds before the break, has the Denver Nuggets primed for a top playoff spot in the West, as does the Thunder’s Gilgeous-Alexander, who has quickly become one of the game’s budding stars in his second season.

In the Eastern Conference, Eric Bledsoe has played a leading role for the Milwaukee Bucks, who own the NBA’s best record at 53-12. Enes Kanter has made a major impact in his first season with the Boston Celtics, who currently hold the No. 3 seed. And the Miami Heat, led by the breakthrough season of Bam Adebayo and sensational rookie campaign from Tyler Herro, are currently in the fifth spot in the East.

A handful of Wildcats are seeking their first NBA postseason appearance, including Devin Booker with the Phoenix Suns. Booker, once again one of the league’s best young scorers with a 26.1 average, is coming off his first NBA All-Star appearance. Three total Wildcats (Adebayo, Booker and Davis) were selected for the February All-Star Game.

When the 2019-20 season began, a staggering 29 players on NBA opening-day rosters (including two-way and inactive lists) played and finished their college basketball careers at the University of Kentucky. Underscoring the fact that no other school in the country can match UK’s ability to develop players and put them in the NBA, UK’s 29 players were six more than the next-closest school (Duke with 23).

Kentucky has enjoyed unprecedented success at putting players in the NBA under Calipari. In the 10 drafts of the Calipari era, 38 players have been selected in the NBA Draft, more than any other school. Included in the recent run are 29 first-round picks, three No. 1 overall selections (Davis, Karl-Anthony Towns and John Wall) and 21 lottery selections.

Calipari’s players are not only reaching the next level, they are succeeding when they do. His players have garnered 23 All-Star selections, with Davis winning the game’s MVP honor in 2017. Derrick Rose was named league MVP in 2011. Five of his players have been tabbed All-NBA (Rose, Wall, Davis, DeMarcus Cousins and Towns), three have been named NBA Rookie of the Year (Rose, Tyreke Evans and Towns), and 12 players from Calipari’s first nine teams at Kentucky made the NBA All-Rookie teams.

In just the 2019-20 season alone, UK players are slated to make more than $255 million. Calipari-coached players only (which includes Rose but not Rajon Rondo) will make more than $260 million.