No. 10 Kentucky Downs No. 8 Missouri on Excite Night 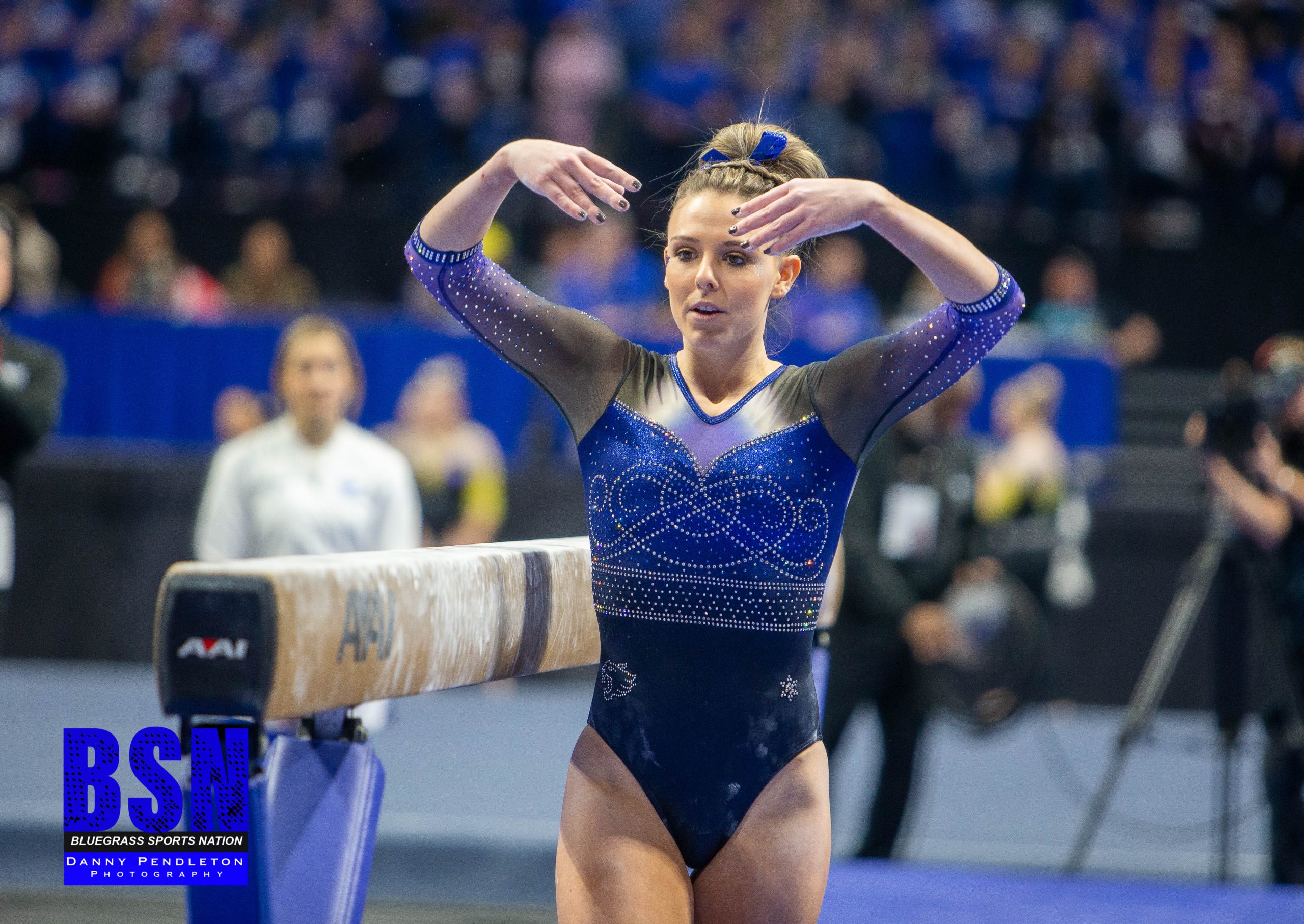 The Wildcats move to 1-1 (1-0 Southeastern Conference) on the heels of head coach Tim Garrison’s 99th career victory, while the Tigers fall to 1-2 (0-1 SEC).

“All that feels good,” Garrison said. “Getting back home, getting in Rupp Arena, Excite Night—our biggest fan-filled meet of the year—and to get a win over an SEC opponent, all that feels fantastic.”

Reigning SEC Gymnast of the Week Mollie Korth earned three scores of 9.925 en route to being crowned the contest’s all-around champion for the second meet in a row with a 39.625 finish. As a team, Kentucky posted four routines that surpassed career highs and three that tied them, complemented by multiple event debuts from two different freshmen.

The first of Korth’s four event wins came on the initial rotation, where the Cats posted a vault score of 48.925. Her 9.925 anchor led the way, while junior Ella Warren reset a career high with a 9.775 consensus.

Kentucky took further command of the night on the second rotation, claiming six of the top eight individual uneven bars performances for a sum of 49.175. Korth (9.925) and Warren (9.875) led the way once more, and a career high from sophomore Josie Angeny (9.800) coupled with the first collegiate bars routine by freshman Raena Worley (9.800) rounded out the top five overall.

Kentucky is set to return to action on Friday, Jan. 17 for the season’s first meet at Memorial Coliseum. The Cats will host Atlantic Coast Conference affiliates NC State and North Carolina in addition to Midwest Independent Conference foe Lindenwood at 7 p.m. ET on SEC Network+.