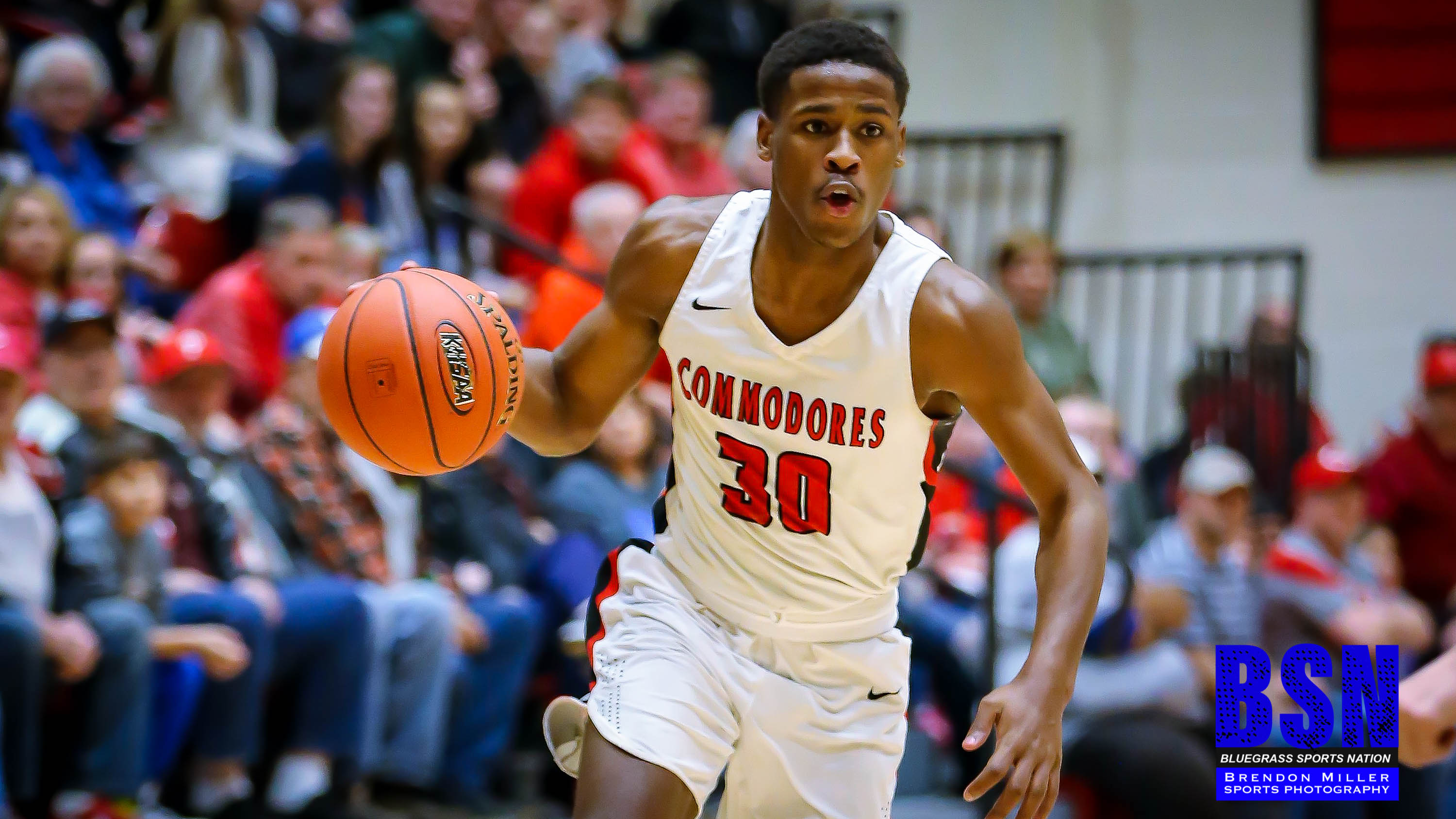 The 2019 Boys 14th Region Championship featured the 4th installment of the season of the Battle of Perry County, as two 54th District Teams made their way to the Finals.  The three prior encounters were tight and tense affairs, with Perry winning all three, 61-56 on December 11; 49-17 on February 5; and 49-44 in the 54th Championship Game on February 22nd.

Many Perry Countians made the trek to Stanton filling the gym and the atmosphere was fitting of a Regional Championship with both sides having a rowdy student section.  The teams were introduced and the battle was on.

Hazard jumped out to an early lead behind the penetrating drives of Sophomore Wade Pelfrey who had two baskets and five in the 1st Quarter.  Perry countered with a five point run on the back of a three pointer by Senior Dylan Chaney.  Hazard closed out the corner on a corner three from Jarrett Napier, to lead at the first break 13-10.

Perry opened the 2nd Quarter with a 7-0 run.  14th Region Player of the Year, Noah Back connected on a three, and Junior DeAndre Reed had four on flashy drives to the basket.  The Commodores turned up the defensive intensity during the stretch, trapping the guards and shooting the gaps.  Hazard was held scoreless from the field for virtually the entire quarter getting their only field goal from Logan Hall at the  buzzer.  The basket cut the Commodore lead to two points at intermission 21-19.

Hazard flipped the script on Perry at the beginning of the 3rd Quarter as they came out of the locker room on fire, with a 9-0 run to begin the half.  Perry couldn’t contain Senior Austin Bennett who hit a three, and Hall was incredible during the stretch.  After the initial Hazard run, the teams traded baskets throughout much of the rest of the quarter.  Perry caught a huge break late in the quarter as Camron Turner was fouled on a three, with Hazard up by six at the time.  Turner drained all three to set the Hazard lead at three at 33- 30 headed to the 4th.

With the game and the right to play in the Sweet 16 on the line, the 4th Quarter provided some of the best basketball and most hard-fought possessions of the entire 14th Regional Tournament.  The teams traded baskets in the first few minutes of the quarter.  The momentum swing came with Hazard leading 39-37, and the Bulldogs fed Hall in the post.  Hall’s shot was blocked by Noah Caudill and the Commodores were able to get in transition with Reed finishing the play and tying the game at 39.  Perry again upped their defensive intensity forcing turnovers and increasing their lead to five points, with under two minutes remaining.  Hazard was able to cut the lead back to three points, with under a minute remaining, but Perry was able to knock down their free throws to seal the deal.  Final 53-48.

Perry and Coach Shannon Hoskins will head to Rupp with their 2nd 14th Region Title in three years. Perry will next play 6th Region Champion Butler on Thursday, March 7, 2019 at Noon.

Bluegrass Sports Nation will be at Rupp to cover the Commodores for all their action at the 2019 Sweet 16!!