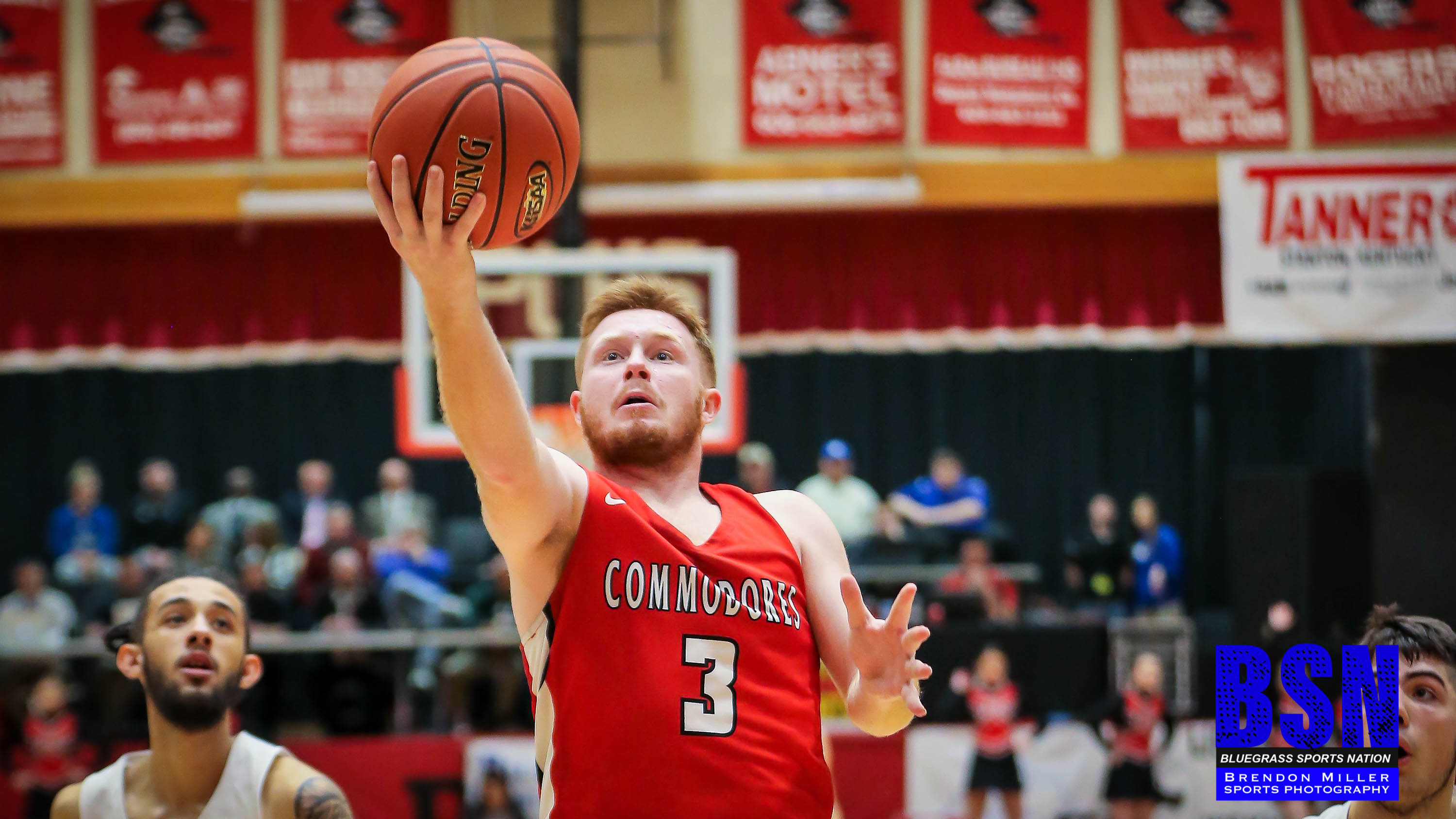 Noah Back with 15 to lead Commodores to Regional Final.

The opening game of the Boys 14th Region Semi Finals featured two of the most tradition-rich teams in the 14th Region and Mountain Basketball, Perry Central, 54th District Champions and 53rd District Champions, Knott Central.  The two teams had met twice this year with Knott winning both games and this was a rematch of the 2018 Region Finals in which Perry advanced to the Sweet 16.

The first quarter was a defensive battle as both teams settled in. Knott the scoring as Deron Whitaker hit a jumper.  Perry tied the game on the next possession as Dylan Chaney scored on a driving layup.  At the end of the first quarter Knott Central led Perry Central 8-4.

The scoring picked up in the second quarter as the Commodores opened with a 4-0 run. Knott answered with a three pointer from Colby Napier. Perry sent the Commodore faithful into a frenzy as Camron Turner drove the lane, breaking down the Knott zone and fed Jaylyn Williams for a one hand dunk. Perry regained the lead on the play, then Knott scored late in the half taking a one-point lead to the locker room, 17-16.

The third quarter saw 14th Region Player of the year Noah Back play his best quarter of the tournament.  Noah opened the scoring in the second half connecting with a three.  Knott settled into their offense and fed Branson Couch in the post.  Knott’s Kahlil Slone connected on a three to put the Patriots ahead 28-25.  Perry finished the quarter with a 4-0 run, as Back continued to attack the basket and made his free throws.  At the end of the third quarter Perry led Knott 29-28.

Perry opened the fourth quarter with another 5-0 run, on a Chaney three and a transition basket by Noah Caudill.  Knott responded with a Whitaker basket.  Back, who isn’t known as a rebounder, grabbed several offensive rebounds, keeping the Commodore possessions alive.  Perry maintained a comfortable four to six- point lead and Knott was unable to cut the lead.  Perry played ball control forcing Knott to foul.  Perry’s Back and Chaney closed out the game from the line. Final: Perry 47 – Knott 41.