Peyton, Martens and Humes Crush Homers in Win vs. Dartmouth 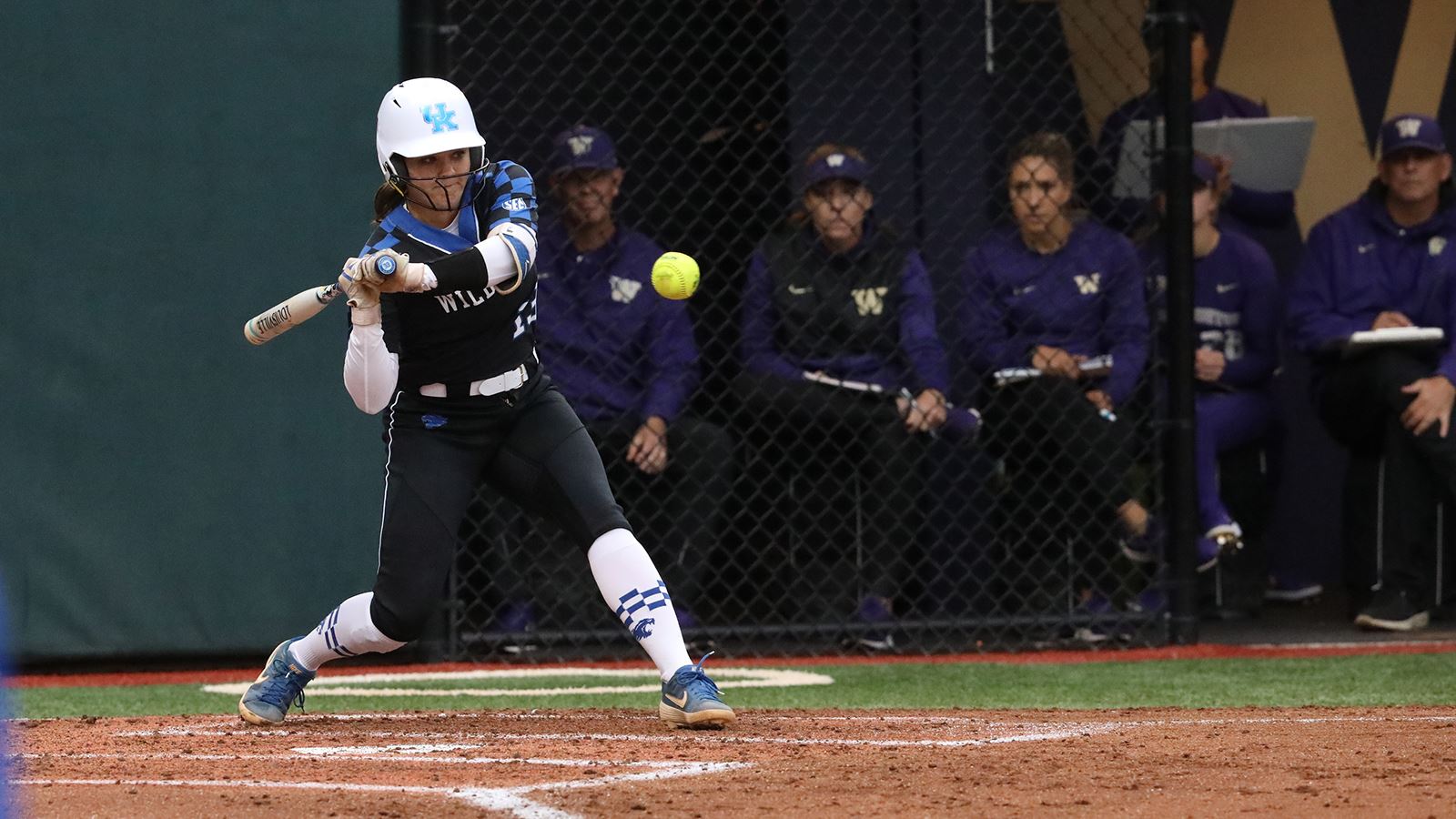 NORTH ORLANDO, Fla. – Timely home runs from seniors Autumn Humes and Alex Martens coupled with a dinger from junior Mallory Peyton was enough to propel the No. 11 Kentucky Softball team past Dartmouth, 4-0 on Sunday afternoon.

With the win, the Wildcats ended the weekend 5-0 at The Spring Games, and is now 17-3 through 20 games of the season, matching the best start in program history through 20 games. Meghan Schorman got the win in the circle, going 5.0 innings without allowing a run in relief of Tatum Spangler to pick up her seventh win of the season to lead all UK pitchers.

Kentucky on the weekend hit .420 as a team, outscoring its opponents by a margin of 66-3 in the five games at The Spring Games. The Wildcats hit nine home runs as a team, and gobbled up 59 RBI paced by Alex Martens and Mallory Peyton both logging 13. Additionally, Mallory Peyton clobbered four home runs with 29 extra-base hits.

The 2020 Southeastern Conference season kicks off next weekend at John Cropp Stadium in Lexington when UK hosts Texas A&M for the SEC Series of the Week kicking off on Saturday afternoon at 2 p.m. ET. Tickets are available at the UK Ticket Office and UKathletics.com.

3. Kentucky hit three home runs in the game, part of its nine home-run weekend as a team.

The key play in the game was a home run off the bat of Mallory Peyton, her fourth of the weekend, to put Kentucky up 1-0.

Meghan Schorman was the key player in the game, coming in relief of Tatum Spangler to go the rest of the five innings required without allowing a run, and striking out six batters.

In the top of the fifth inning, Alex Martens clubbed a two-out, two-run home run to straight-away center to score a pair of runs and it tripled UK’s lead. UK 3, DAR 0

Kentucky played add-on in the sixth as Autumn Humes hit a first-pitch home run to straight-away center to put Kentucky up by four. FINAL – Kentucky 4, Dartmouth 0