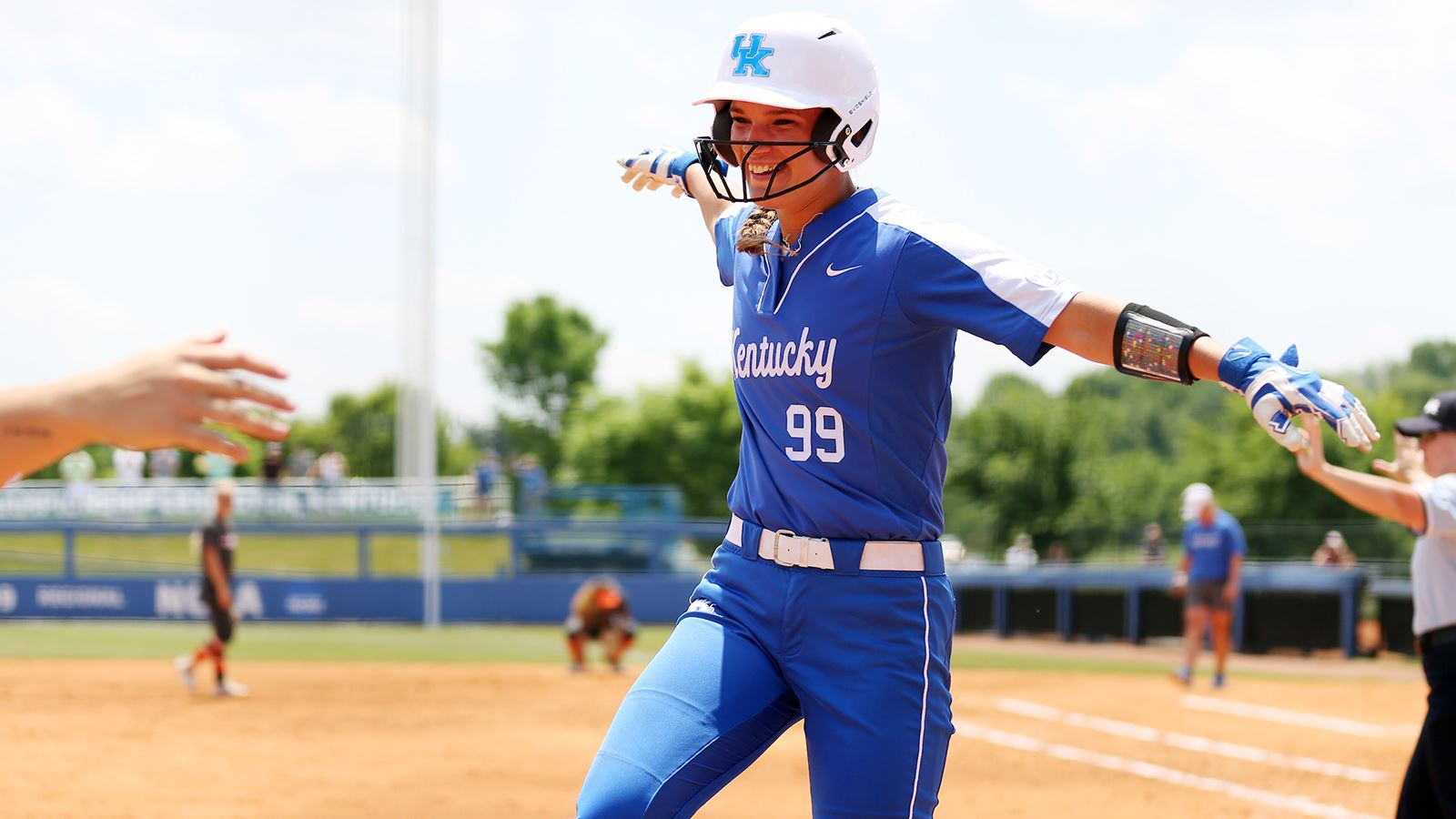 Wildcats score 22 runs in win over Detroit Mercy, improve to 16-3 on the year

NORTH ORLANDO, Fla. – The No. 11 Kentucky Softball team scored 35 runs on Saturday and did not allow any, as the Wildcats cruised to two wins to move to 4-0 at the 2020 Spring Games. UK beat Western Michigan 13-0 before setting a new school record in a 22-0 win over Detroit Mercy.

With the two wins, Kentucky improves to 16-3 on the season, just one game shy of the 20 games mark into 2020. Autumn Humes pitched her third complete game of the season vs. Western Michigan, going the distance without allowing a run as she picked up her fourth win of the season in the circle. In game two, Larissa Spellman got the win, throwing three scoreless innings and freshman Sloan Gayan pitched the final two innings without giving up a run.

It was an offensive clinic for Kentucky, as the Wildcats scored 35 runs across the two games. Mallory Peyton had seven runs batted in on Saturday alone, and is now up to 13 for the weekend. The junior slugger pushed across three runs vs. WMU and four more in UK’s win against Detroit Mercy. Alex Martens, who moved into second place all-time at Kentucky in RBI’s on Friday, logged five more on Saturday afternoon.

Additionally, Kayla Kowalik had three triples in the two games on Saturday, and now has seven for the season – which ties Tiffany Kruse’s (2000) record for most triples in a single season.

The Wildcats will close out the final non-conference tournament of the season on Sunday at 11:35 a.m. ET vs. Dartmouth. The game can be seen through FLOsoftball.