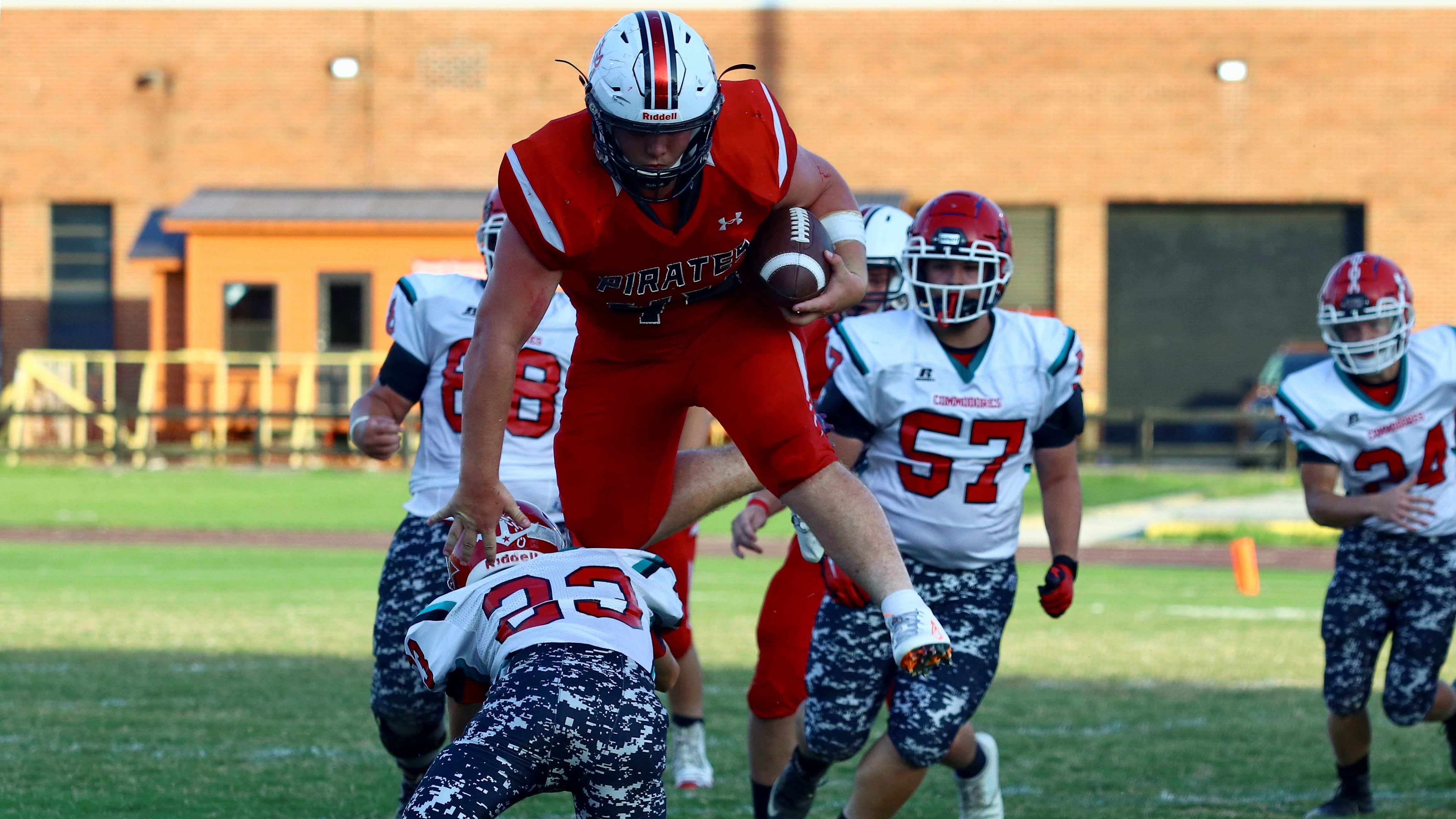 Pirates hope to find their first win of the season in Prestonsburg.

On Friday night, the Powell County Pirates travel to Prestonsburg to face off against the Blackcats. Each team enters the game with an 0-3 record.

The Pirates are coming off losses to Montgomery County, Estill County, and Bath County. The Pirates are averaging 13 points a game, while allowing 29 points per game.

Despite allowing nearly 30 points per game on the season, the Pirates have a pretty stout defense. Against the Wildcats last week, senior linebacker Chimaobi Ajuonuma totaled 19 tackles. Yes, 19! On the season, Ajuonuma has totaled 38 tackles, 6 for a loss, while also recording 1.5 sacks, and an interception which he returned for a touchdown.  Fellow seniors Preston Wasson and Justice Harmon are also playing tremendous defense. Wasson is averaging 12 tackles a game; Harmon is averaging 11 tackles per game. Ajuonuma, Harmon, and Wasson each have 24 solo tackles on the season. That’s a cool stat.

As for this edition of the Blackcats, the team is coming off losses to Pike County Central, Lawrence County, and Hazard. Prestonsburg is averaging over 10 points per game, while allowing over 45 points per game. Prestonsburg is a young team having just four seniors, along with 13 juniors, nine sophomores, and 10 freshmen. Look for this year’s experience to pay off in the years to come.

The game will be played in Prestonsburg on Friday night at 7:30.