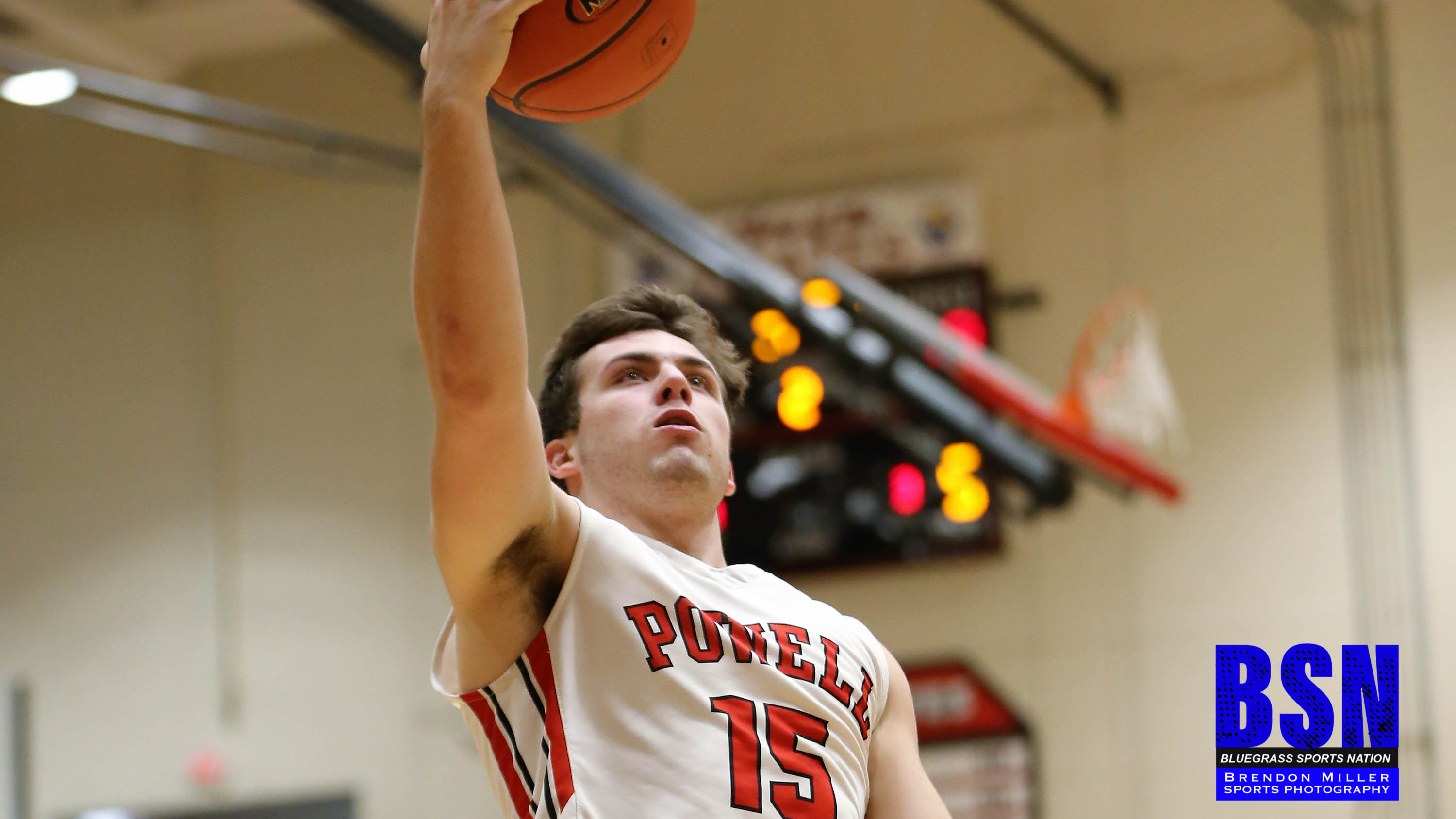 Put back with :01 and Free Throw by Nathan Skidmore sends Pirates to Regional Semi-Final.

A 14th Region Classic. On the second night of the 14th Regional Boys Basketball Tournament, Powell County, the Champions of the 56th District, battled the Letcher County Central Cougars runners up of the 53rd District.  The game tonight was a rematch from just two weeks ago when Letcher defeated Powell 56-52.

Powell began the game on a 7-0 run with a wild home arena crowd behind them. Senior guard Colby Cook had two deep balls in the 1st Quarter and inside force Chimaobi Creed had two baskets in the paint.  After the slow start, Letcher began to settle in behind guard Parker Williams who had five points in the Quarter. At the end of the 1st, Powell led Letcher 16-12.

The fourth quarter is what created the classic in this one, and may be the signature moment of this tournament.  The teams traded baskets throughout much of the quarter as each team heated up.  In one stretch, Cook hit back to back threes for the Pirates, but each were answered by a three by Stidham and Williams. With the score 46-44 Central, Powell had the ball in a side out of bounds with seven seconds on the clock. Cook hoisted another three, which fell short, but was rebounded by Pirate Nathan Skidmore, and Skidmore was able to stick in the put back between two Cougars at :01. The 12th Region refs blew the whistle, sending Skidmore to the line amid the pandemonium. Skidmore, a 6,000 yard career rusher and Eastern Kentucky University signee on the gridiron, calmly sunk the free throw. Final 47-46.

Powell will take on the Hazard Bulldogs in the 14th Regional Semi Finals on Friday, March 1st, 2019, in the 2nd game of the night slated to tip at 8:00 pm.