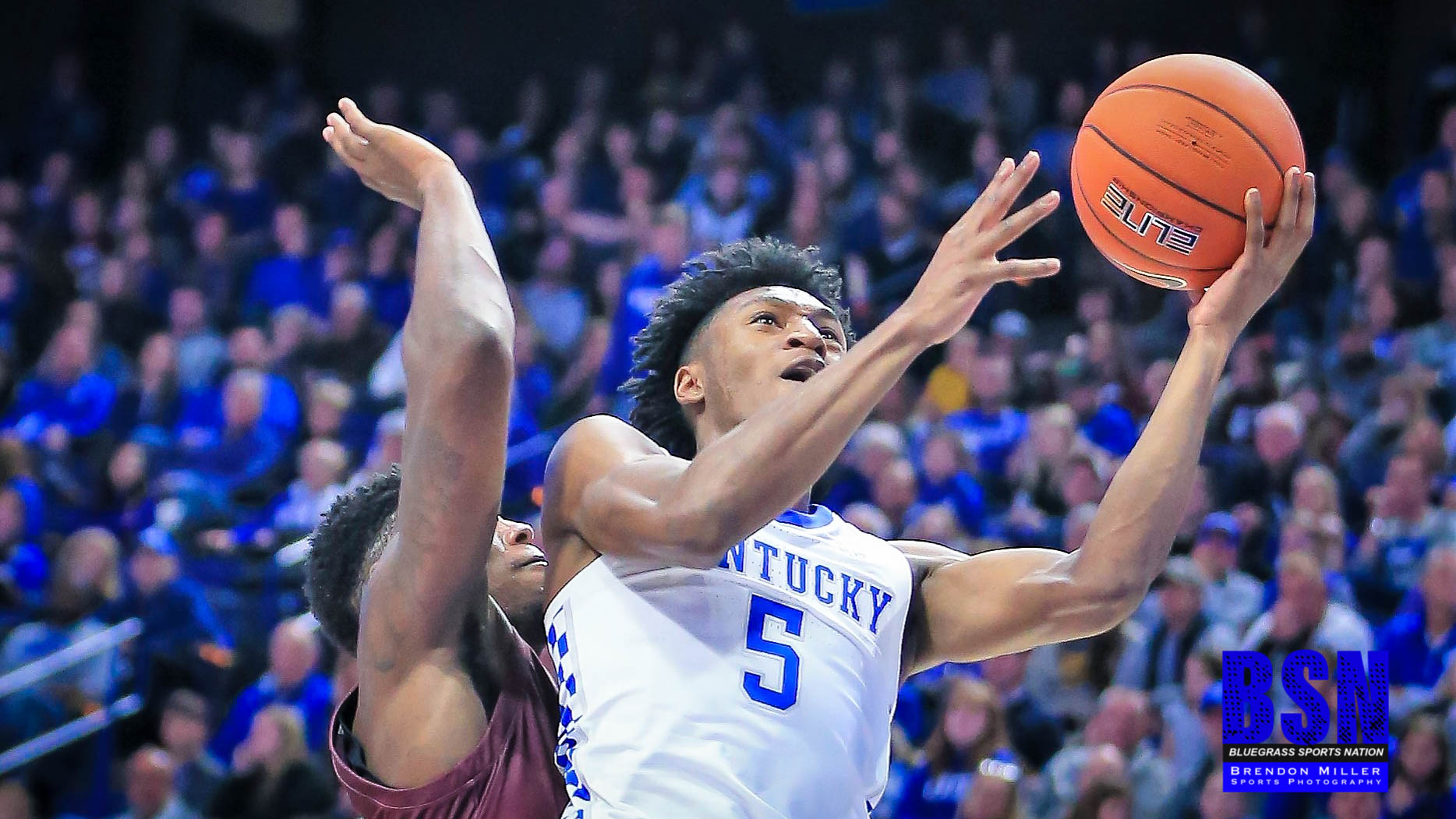 Kentucky reached a milestone and remained unbeaten in the Southeastern Conference Saturday.

The No. 14 Wildcats scored six unanswered points in the final 1:12 and held on for a 76-67 triumph over Alabama. The hosts led by 15 in the second half and overcame the Tide’s late surge down the stretch to get the win, which was the team’s 1.000th regular-season victory in the SEC.

Kentucky guard Immanuel Quickley sank a 3-pointer and made two free throws in the closing minute that sent the Wildcats (12-3, 3-0) to their fourth consecutive victory and eighth in a row at home over the Crimson Tide.

Quickley led the Wildcats with 19 points and made five of the team’s nine shots from long range. He added three assists and five rebounds, all on the defensive end of the floor. In the past four games, the sophomore guard is averaging 18.8 points per game and has made 14 3-pointers during that stretch.

“It feels a lot like high school,” he said. “Honestly, it feels a lot like pick-up, feels like I’m back in my gym at home and I’m just shooting every shot and the rim’s like a wide-open ocean right now. That’s all credit to my teammates and coaches. I’m not really sure what’s going on right now, I think we’re just getting more comfortable.”

“He’s a confident kid, and what he does, he spends so much time in the gym, he expects to make them,” he said. “If you know you’re not 100 percent, you’re not spending the time you can, you still look in the mirror. And if you’re giving 80 percent and then you get in the game and it doesn’t play out for you … the kid lives in the gym. He’s kind of like Tyler (Herro), he’s like Shai (Gilgeous) Alexander, those guys. He’s just like them.”

Alabama is one of the top-scoring teams in the nation, but the Wildcats held the Crimson Tide to its lowest scoring output of the year. Alabama missed its first five shots from long range and connected on just four 3-pointers and shot 36 percent from the floor.

Alabama coach Nate Oats said Kentucky is “as good as anybody I’d seen, and I’ve seen everyone in the country.”

“They’re one of the better teams in the country,” Oats said. “They’re hard to score on, did a better job defensively on us than anyone all year. They made it tough for us to score in the paint.”

A lot of that had to do with Nick Richards, who had a double-double with 13 points, 11 rebounds and blocked five shots. The double-double was the seventh of the season for the junior forward and the eighth of his career.

Ashton Hagans followed Quickley with 15 points, nine assists and three steals and has dished out at least five assists in 12 straight games and is averaging 7.3 assists per game. Calipari contributed Hagans’ performance to a shoot-around early Saturday.

“Normally we don’t shoot around,” he said. “I made him shoot around this morning because I wasn’t — there was a gut feeling like if he ain’t ready, I see Evansville all over. He didn’t play that game.”