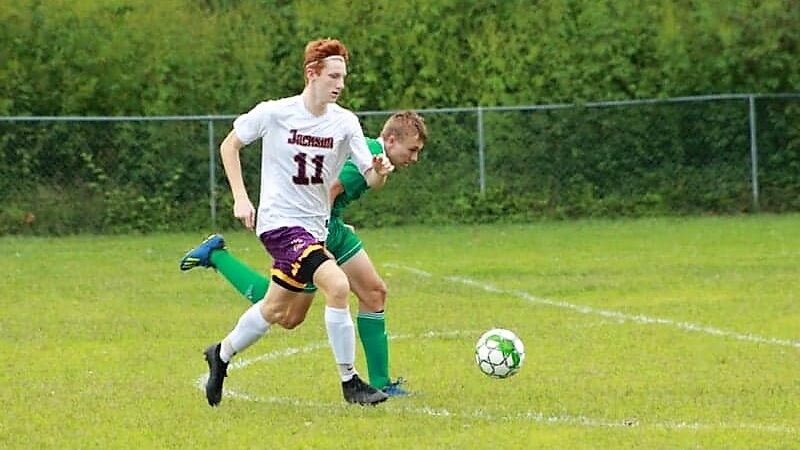 Jackson City Senior Slayden Sizemore scored two goals on Tuesday Night in Menifee County to in the Tigers 3-3 draw. The result keeps the Tigers unbeaten on the season at 3-0-2.

Sizemore’s first goal of the evening was his 100th of this Varsity Career with the Tigers. With the goal, Slayde entered the rarefied air of the top scorers in KHSAA history. With 101 goals, Slayde is now tied for 20th all-time in State history for career goals. With the majority of the season remaining, Slayde has a chance to significantly advance up the list and increase his legacy.

Slayde began his soccer career as a 4 year old in the Breathitt Youth Soccer League. It was at that time when Wayne, his father, also started his soccer coaching career. Slayed has progressed through the ranks and age groups and this past spring had a successful tour with FC Kentucky.

On the accomplishment, Coach Sizemore related, “13 years ago we had no idea what we were doing when we signed Slayde up for soccer at the age of 4. We were forced to learn a game we knew nothing about after being asked to coach. However, with the help of the BYSL, we developed a love for the sport. It quickly became our kids’ favorite and it was evident that Slayde had a knack for the game. People who have never played or coached the game, truly have no idea the skill level required to score a goal. As a father and a coach, it has been incredible to watch him accomplish this feat.”

It will be fun to follow Slayde and the Tigers the balance of the season!!!!