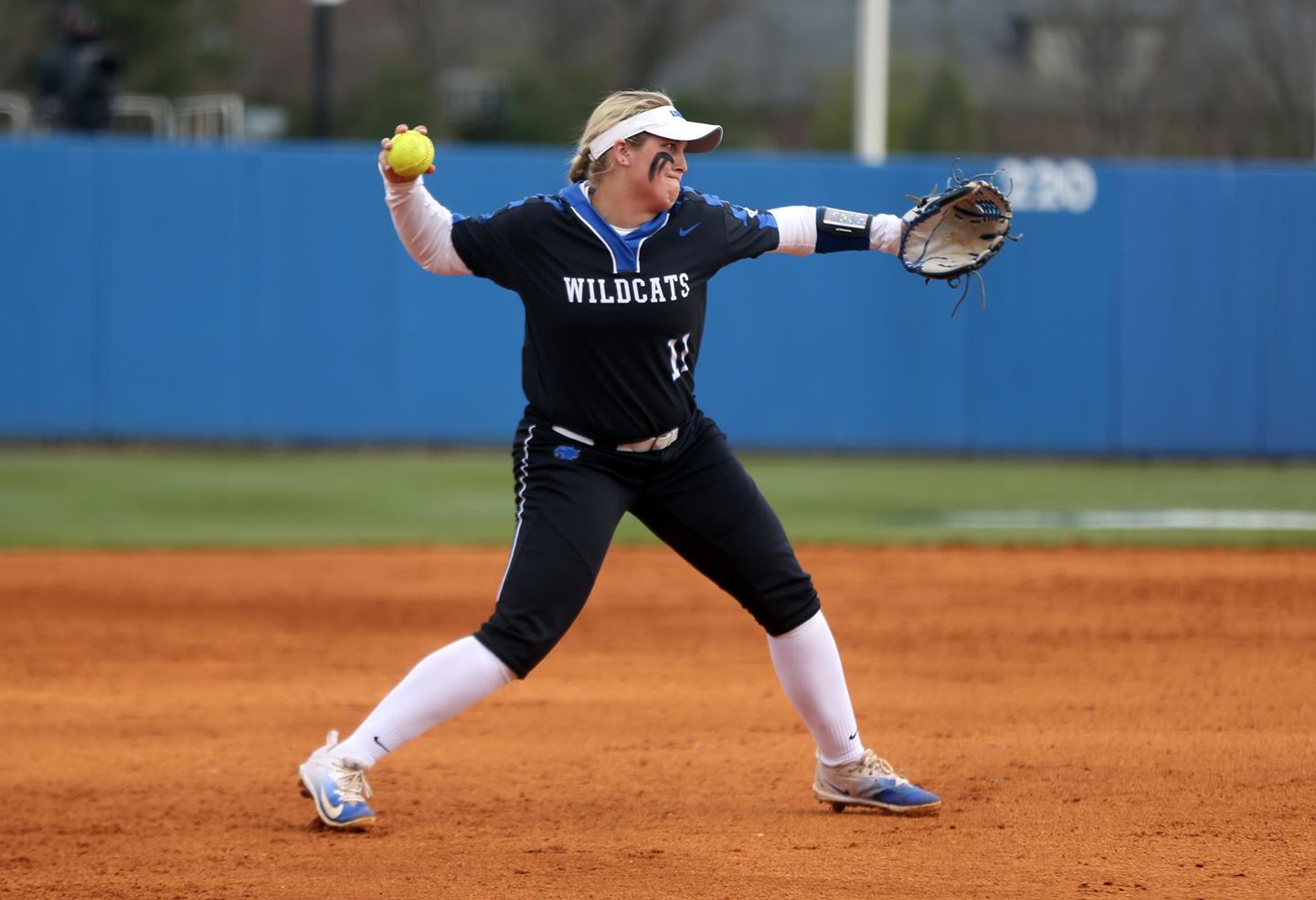 LEXINGTON, Ky. – Jenny Schaper hit two home runs, including a grand slam and freshman pitcher Tatum Spangler pitched her first-career complete game in the circle as the No. 15 Kentucky softball team won its seventh-straight game 9-1 in five innings over the Miami RedHawks.

UK will round out its midweek schedule on Wednesday at 2 p.m. ET against the Syracuse Orange. The game will be shown live on the SEC Network+, ESPN3 and the ESPN app with Dave Baker and NFCA Executive Director, Carol Bruggeman on the call from Lexington. Admission to the game is free for all fans.

5. Senior catcher Jenny Schaper had five RBI in the game, a new season and career high. Schaper hit a solo HR to lead off the game, and a grand slam – the second of her career – in the bottom of the third. Her previous high for RBI in a game was four, two times, and last against UIC on opening day of the 2018 NCAA Tournament’s Lexington Regional.

Kentucky turned its seventh double play in the last 19 innings played dating back to March 8 to escape the top of the first with Miami only scoring one run. The RedHawks had runners on first and third with one out leading 1-0, and Spangler forced Miami into a 5-2-3 double play to end the inning.

Tatum Spangler was the key player in the game, earning her first-career complete game in the circle. The Nevadan struck out two batters in five innings of work and walked only one. She gave up just three hits and retired the last 10 batters in a row to close the game. Spangler threw 61 pitches, with 41 recorded as strikes.

Miami scored its only run of the game in the top of the first on an RBI double. MIA 1, UK 0

Kentucky scored in the bottom of the second as Bailey Vick tapped home on a RBI double by Kayla Kowalik. UK 4, MIA 1

In the bottom of the third, UK loaded the bases on a single by Katie Reed, walk to Sarah Rainwater and an advancement on a fielder’s choice by Lauren Johnson. With two outs, Jenny Schaper hit a grand slam to left center. UK 8, MIA 1

Freshman Kayla Kowalik capped off her 3-for-4 day with a frozen rope single into the left-center gap to score birthday girl Bailey Vick to close the game. FINAL – Kentucky 9, Miami 1 (5)