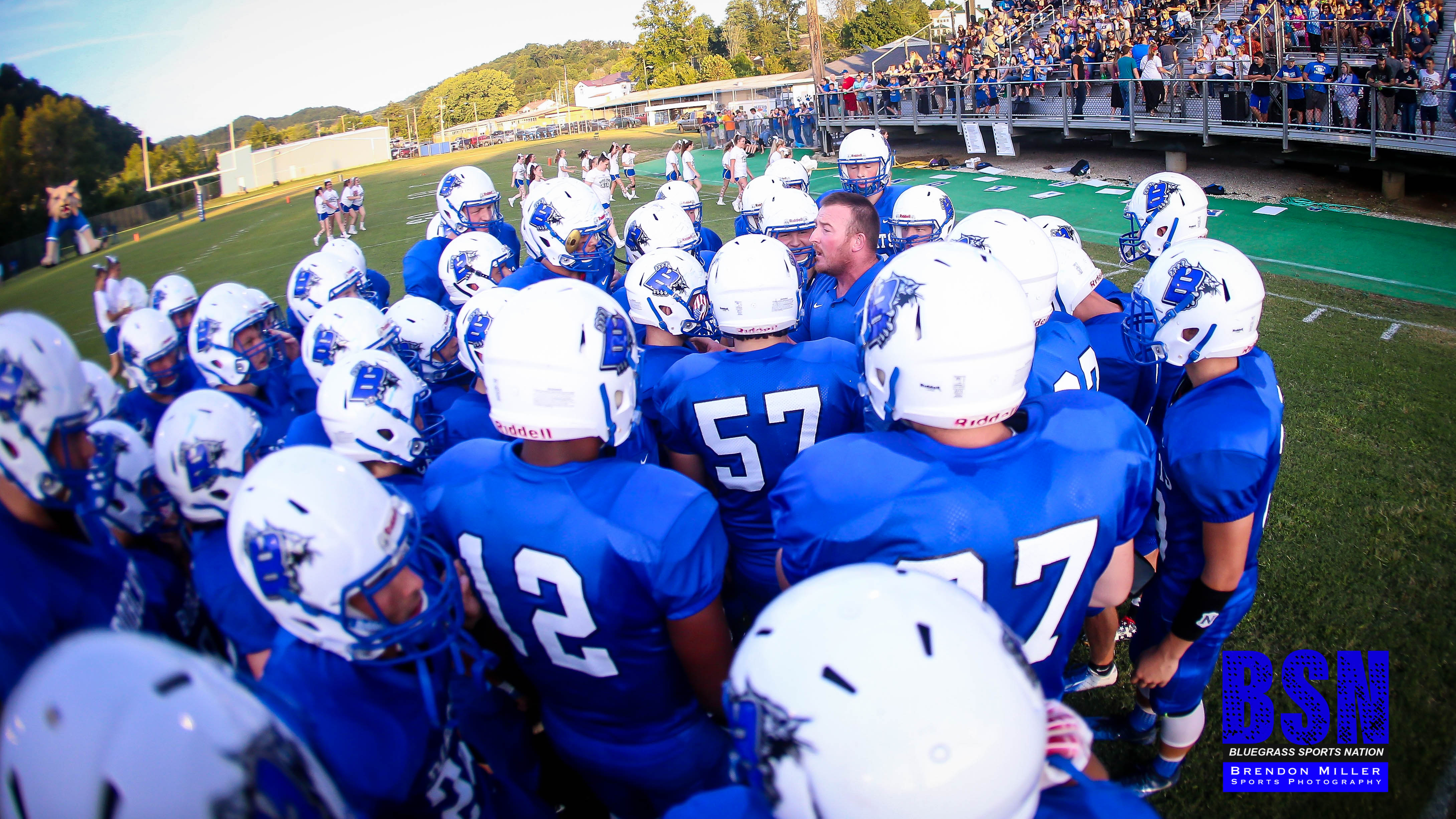 Breathitt answers many questions in win over South Laurel

Several question marks surrounded the Breathitt football team coming into last night’s contest against South Laurel. Which team would show up for the Bobcats? Would it be the lackluster performance the Bobcats had in their scrimmage against Letcher Central? Or would it be the team with high expectations? Can the Bobcats gel upfront and be a formidable offensive line? All of those questions would be answered during the 2019 Honey Bowl.

From the opening kickoff, it was obvious that Breathitt wanted to make a statement. Jacob Noble caught the opening kickoff around Breathitt’s 25-yard line and returned it to the 50. Four plays later, on a 4th and 2, Charles Andrew Collins made his own statement; busting loose for a 41-yard touchdown run. Lane Weddle’s point after try was good. Breathitt led 7-0 with 10:44 left in the first quarter.

Lane Weddle followed up his PAT by booting the ensuing kickoff deep into South Laurel territory. The Cardinals had a decent returned called back on a illegal block call. Breathitt’s defensive line quickly made their statement, shutting down the run. In an effort that was led by Defensive Player of the Game Caden Hogg, the Bobcat defensive line showed grit and a relentless pass rush throughout the game.

After a three and out by the Cardinals, the Bobcats took over on their own 28-yard line. Breathitt opened the playbook and attempted to strike quickly by airing it out. Braxton O’Hara threw to his favorite target Bradyn Slaughter deep down field but was unable to connect. The Bobcats were forced to punt. Lane Weddle again proved he could do it all by flipping the field on a 40-yard rugby style punt.

The stingy Breathitt defense once again left their mark on this game; on third down and eight, Caden Hogg broke through the Cardinal line and stripped the ball. Senior linebacker Dalton Manns scooped the loose ball and waltzed to the endzone. Lane Weddle’s extra point was blocked. Breathitt 13, South Laurel 0.

Breathitt’s defense scored again when Brandyn Slaughter intercepted a pass and returned it for a touchdown. Breathitt’s varsity defense made their statement by not allowing a single point. In fact, South Laurel didn’t get a first down until the second quarter. Although it is only week two, the Varsity defense hasn’t allowed any points. Breathitt’s defense overall has only allowed 16 points thus far. Coach Moore talked about the defense after the game, “It was a point of emphasis last year. This year our kids love playing defense. They tell us coaches, if I need a break, I’m taking it on offense. That says a lot about this team’s grit.”

Although Breathitt’s defense was outstanding, the real stars of the night were the Offensive line for the Bobcats. The biggest question mark coming into the season was up front. How would the Bobcats replace a line that graduated five? The Breathitt offensive line quickly made their statement and did so all night long. They opened running lanes and gave Braxton O’Hara plenty of time to throw the ball. Breathitt ran at will on class 5A South Laurel. Breathitt ran the ball for 260 yards on 32 attempts averaging 8.1 yards a carry. That doesn’t count a 73-yard touchdown run by Collins that was called back.

The play of the night happened on a two-point conversion by the Bobcats. Coach Kyle Moore showed his confidence in the hogs up front when he called for the power I formation. Breathitt lined up in the power I, and basically told South Laurel exactly where the ball was going. Braxton O’Hara took the snap, handed it off to Collins, and he proceeded to run through the b gap of the Cardinals defense. Collins was untouched on the 2-point conversion. Converting the two points gave the Bobcats a 36-0 lead; resulting in a running clock.

Charles Andrew Collins finished the night with 11 carries for 148 yards and two touchdowns. Braxton O’Hara added 64 yards and a touchdown on 10 carries. Dalton Manns would finish the night with 5 attempts for 50 yards. The three headed monster that is the Breathitt backfield made their statement. Good luck stopping that!

If that isn’t tough enough, Braxton O’Hara can absolutely sling the rock. On a 4th and nine, O’Hara threw an absolute laser to Jaylen Turner down the seam for 16 yards. O’Hara also hit Jacob Noble on a screen play that went for 71 yards and a touchdown. Breathitt didn’t need O’Hara to throw the ball last night, but he proved more than capable if the Bobcats need him too.

Breathitt a class 2A school, stepped up in a big way against class 5A South Laurel. When you put a complete game together, and play as one, good things will happen. Statements were made at the expense of South Laurel. Breathitt answered many questions and proved they are a force in 2A. The Bobcats proved that quality football is back on the RiverBank. The season is still young but if you doubted the Bobcats before tonight, I would wager you aren’t anymore.

Breathitt will be on the road next week as they travel to Magoffin County. Bluegrass Sports Nation will be there to bring you all the coverage. Pregame interviews with both coaches, social media updates, and a post-game interview with Coach Moore. BSN will also have a live broadcast (service permitting) of the game as we did for the Honey Bowl. As always, if you can not make it to the game, stay connected by visiting our facebook page and our website at www.bluegrasssportsnation.com.

Thanks to the great people at First National Bank of Jackson for being out Title Sponsors of Bobcat Football!!!!!! Let them know you appreciate the LIVE game coverage, and all the coverage from BSN!!!