Stoops Acknowledges Mistakes, But Remains Positive About the CATS 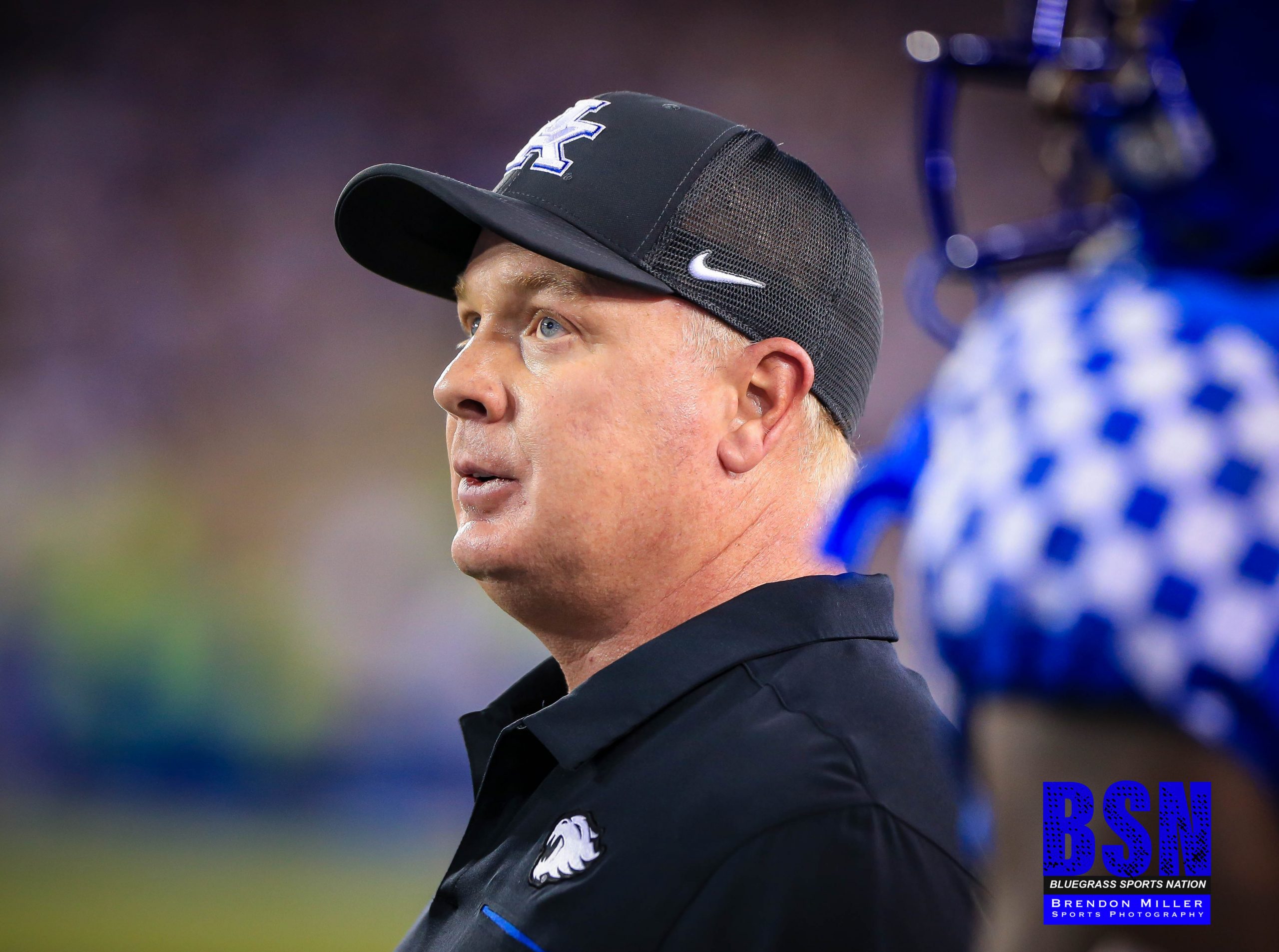 With the Cats still searching for their first win of the season, Mark Stoops met with the media via Zoom on Monday.

The Kentucky football team suffered an agonizing 42-41 overtime loss against Ole Miss this past Saturday. At a press conference on Monday, UK head football coach Mark Stoops discussed the loss to Ole Miss and looked ahead to this weekend’s game against Mississippi State.

While the Cats are (0-2) this season, they had legitimate chances to defeat Auburn and Ole Miss. Ultimately, the main reason for each loss was a few fluky plays that did not go in UK’s favor.

In Monday’s press conference, Stoops remained positive about his team. Stoops said, “Certainly, there’s a lot of good things to build on. Offensively, I thought we played extremely well. (We) really did some good things offensively.”

One of those positives was the UK rushing attack. Kentucky ran the ball 56 times on Saturday for 408 yards and six touchdowns. Stoops was very pleased with the play of Terry Wilson, and would have thrown the ball more against Ole Miss if not for the great success the Cats were having in the running game.

Stoops said, “I thought he (Wilson) did a really good job. I had a lot of confidence in him throwing the ball Saturday with efficiency. … We were having success in the run game and we had to stay with that. When you rush for 408, you’ve got to be an idiot to deviate from that.”

Even when the UK offense was stopped, according to Stoops, it was partially self-inflicted. Stoops said, “Anytime they stopped us, there’s one play in there that we hurt ourselves. One individual on our team hurt us, and those are things we can get corrected. That’s football. That happens.”

As for the UK defense that entered the game on an 18-game streak of allowing no more than 30 points in a game, Stoops did not shy away from being critical of the unit. Stoops said, “There were parts of that game where we were just really out of sorts defensively. I think a big part of it was, defensively, we just didn’t play good enough. Period. We need to put our players in a better position. We need to coach better. We need to play better.”

Stoops also said, “We have been very good at not giving up explosive plays and gave up way too many explosive plays in that game to be successful. And really, that’s the tale of the game.”

The Cats’ opponent this week is the Mississippi State Bulldogs. Mike Leach – the head coach of the Bulldogs – was the offensive coordinator and quarterbacks coach at Kentucky for the 1997 and 1998 seasons. Leach is regarded as one of the most creative offensive minds in college football.

In reference to the challenge of facing Leach’s offense, Stoops said, “I’m sure he’ll have them ready to go. He’s a lot to handle. He’s going to do what he does. … You know what Mike can do offensively. He’s as good as you get.”

Kickoff for Mississippi State vs. Kentucky is scheduled for Saturday, Oct. 10 at 7:30 p.m. The game will be televised on the SEC Network.