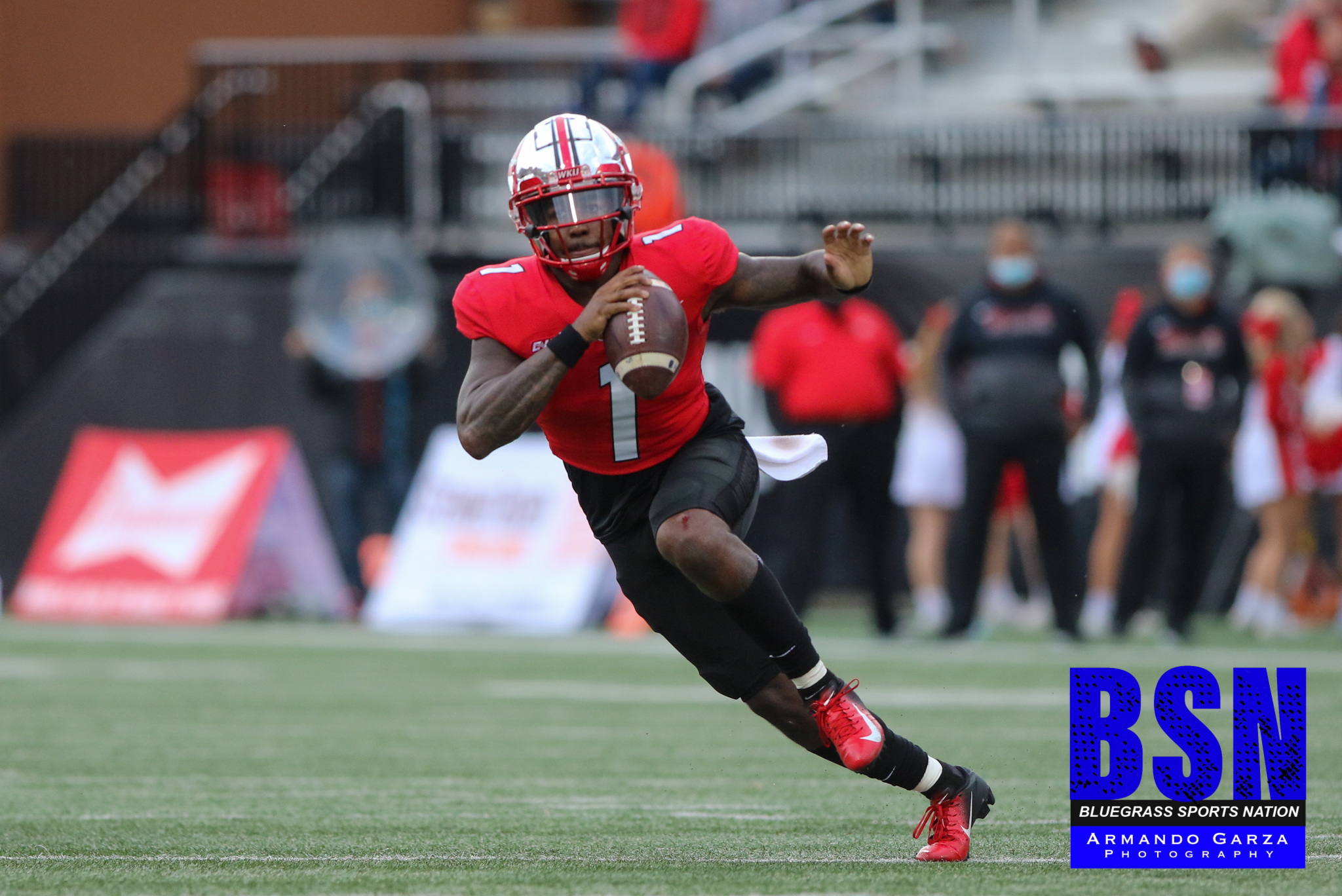 After deferring their coin toss win, the Hilltoppers made a quick stop against the Southern Miss offense, forcing a Golden Eagles punt just four plays in.

On its first drive of the game, WKU scored a touchdown after nine plays. The 91-yard drive consisted of several passes from Tyrrell Pigrome to Xavier Lane including 18-yard, 11-yard and 47-yard completions. Pigrome capped off the drive with a 5-yard rush to the endzone, taking an early 7-0 lead over Southern Miss.

The WKU defense continued its strong performance, forcing the Golden Eagles to go 3 & out on each of their next two drives. The Hilltoppers recorded sacks by Kyle Bailey and Malone on back-to-back plays.

Between the defensive bouts, WKU used up nine minutes on the clock and extended its lead to 10-0 with a 34-yard field goal from Brayden Narveson.

The Hilltoppers made another stop down the field to prevent the Golden Eagles from putting points on the board via the endzone. The Southern Miss kicker missed the field goal attempt and WKU headed into the halftime break with a 10-0 lead.

Defensive tackle Ricky Barber was the highlight to the start of the second half, with two key sacks amounting for 13 total yards. Both teams remained scoreless for the entirety of the third quarter.

In the first drive of the fourth quarter, Southern Miss scored its first points of the game, finding the endzone on a 6-yard rushing touchdown. With 10:30 left to play, the WKU defense was able to continue to provide stops through the remainder of the game as the Hilltoppers claimed a 10-7 victory over the Golden Eagles.

Lane and Joshua Simon combined for 10 receptions and 120 yards while Pigrome completed 19 of 30 attempts, throwing for 183 total yards. Jakairi Moses had 12 runs for 40 yards, including a 21-yarder.

WKU is slated to take on FIU at home next Saturday, November 21, in the Hilltoppers’ final home game of the season. The Tops will celebrate Senior Day prior to a 1:30 p.m. CT kickoff.