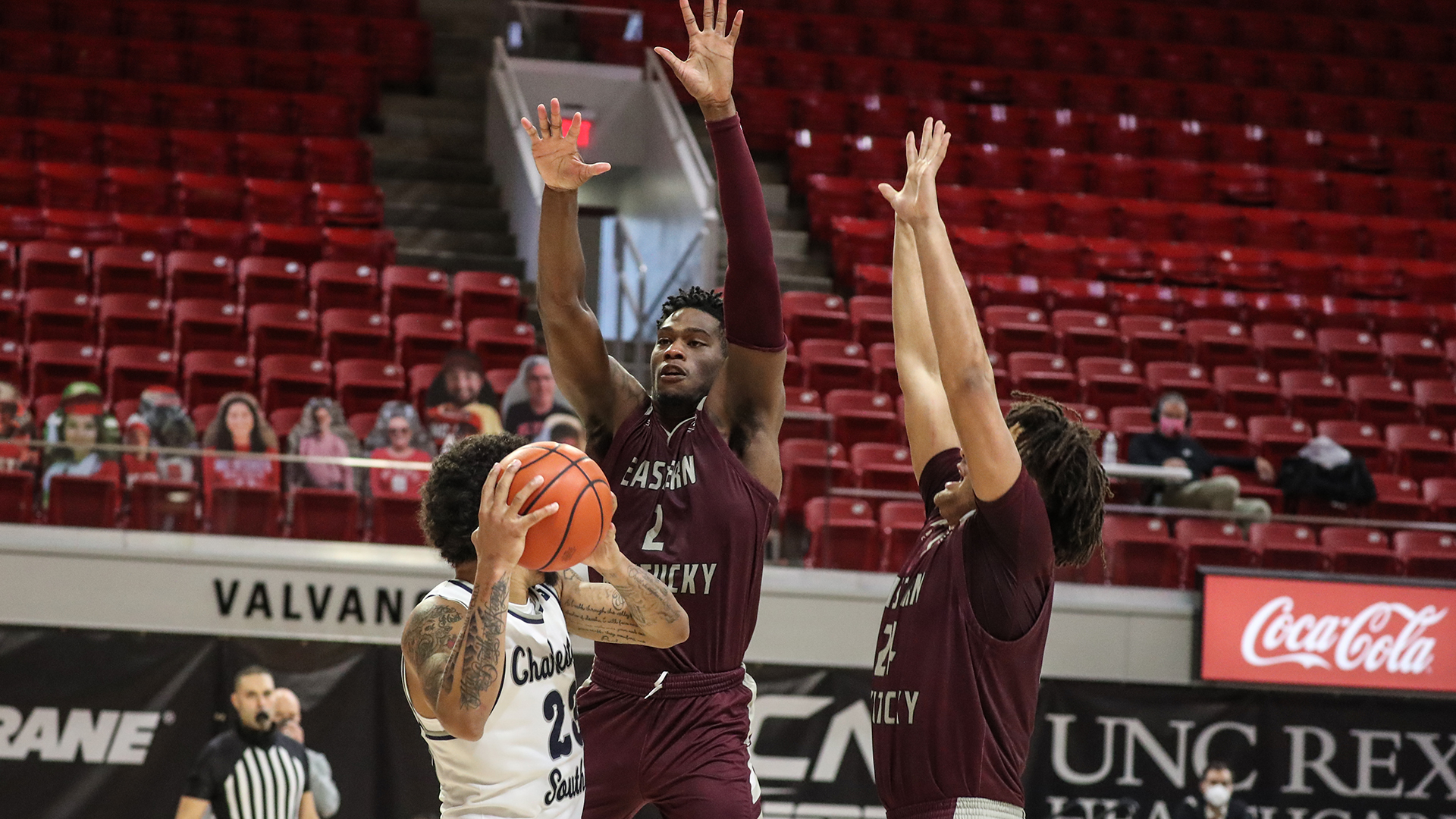 The Eastern Kentucky University men’s basketball team forced 25 turnovers en route to a 60-50 win over Charleston Southern on Friday in the Colonels’ final game of the Mako Medical Wolfpack Invitational.

With the win, EKU moves to 2-0 on the young season.

Junior Cheikh Faye came off the bench to contribute 13 points, while sophomore Michael Moreno had 10 points and five boards.

Eastern led the entire game. The Colonels closed the first half on 16-2 run, as a pair of free throws by senior Russhard Cruickshank sent the Colonels into the locker room at the break up by 17, 38-21.

But that was as close as CSU got. Moreno scored eight points over the next seven minutes to help keep the Buccaneers at bay. His final jumper pushed EKU’s lead back to 14, 58-44, with 3:25 on the clock.

Florence led all scorers in the game with 19 points.

EKU will travel to Cincinnati to face Xavier on Monday night, November 30. Tip from the Cintas Center is scheduled for 7 p.m. ET.