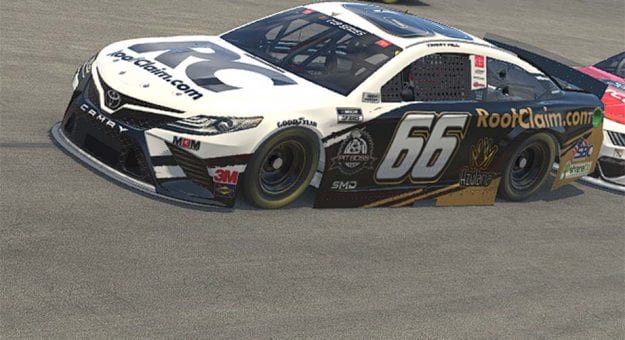 The battle for the checkered down came down to a two-lap overtime shootout after a late-race caution. Hill pulled away from the pack upon restart, and no one was able to catch him. Ryan Preece was 0.050 seconds behind in the runner-up position. Garrett Smithley came in third, with Landon Cassill and Alex Bowman rounding out the top five.

Byron, the Busch Pole Award winner, dominated for most of the 125-lap race and held the lead with five laps to go. Hill bumped Byron out of his way, though, before the final caution of the afternoon flew with three laps to go.

Though Hill, driver of the No. 66 MBM Motorsports entry in the Cup Series, has never won a NASCAR national series race, he has now won 674 iRacing events over the course of 1,677 starts. Hill finished third in the Pro Invitational Series opener last weekend at Homestead-Miami Speedway, bringing him to 1,205 top-five performances overall.

Next week, the Pro Invitational Series will take on the virtual Bristol Motor Speedway.