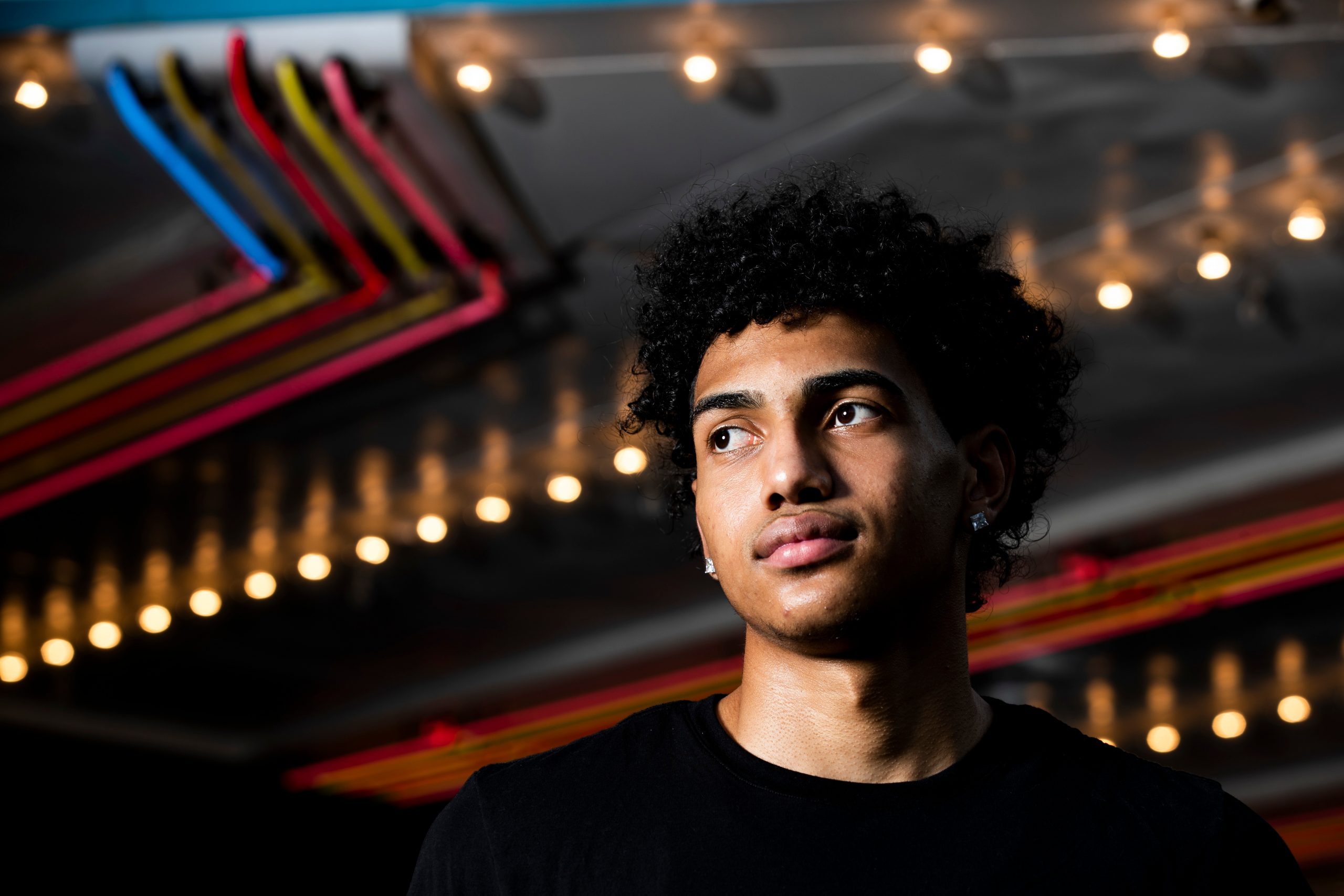 Jacob Toppin is used to being in his brother’s shadow.

Toppin, younger brother of former Dayton All-American and likely first-round NBA Draft pick Obi Toppin hears his brother’s name often, whether it’s on the court, in the classroom, or in an interview session with reporters.

“My brother is brought up all the time,” he said Friday. “I’m always hearing his name when I’m talking to somebody. The similarities in our game, we’re very athletic and long so we use that to our advantage. We’re very energetic. We’re all over the place.

“We’re hustle players. We can shoot, we can drive, we can score any way we can. He’s just a lot bigger than me and that’s what I’m trying to get to. So, that’s really the only difference we have. He plays more inside than me, but I can play inside too.”

Although his name doesn’t have the same reach as his brother, Toppin has a reputation of being a high leaper and added stories about his dunking abilities are “not exaggerated.”

“I surprise myself sometimes when I jump because I’m jumping higher than I usually jump,” he said. “I’m looking inside the rim every time I jump. I don’t know to explain it. Everybody in my family can jump. My dad can still dunk it. He’s 40 years old, so yeah, it’s just in our genes. It’s genetics.”

Although he has plenty of competition within the family, Toppin considers himself the best dunker within his inner circle.

“My brother dunks the ball a lot harder, but I have a lot more tricks up my sleeve,” he said. “I can do a lot more things. So yeah, it’s probably me.”

He added he has more flexibility on the court and can play multiple positions.

“I could play more of the two, three (positions) and I don’t think that he can,” he said. “I definitely say that something I’d take from him is his post moves. His post moves are very good and he just knows how to read post play. He could pass out of the post and he can just play the post very well. So, I think that if I got better at that then I would be a great player.”

Although two different players on the court, Toppin maintains a close relationship with his brother.

“Me and my brother probably have the strongest relationship out of everyone. Nobody is going to break our bond. Like, our bond is just so tight,” he said. “… We talk every day. We’re always checking up. He’s always like telling me and giving me inspirational quotes and all of these things telling me how I can better myself as a human being and as a player. So, we definitely love each other the most and we’re always helping each other every day.”

When he arrived on campus, Toppin didn’t mind sitting out the entire season and redshirt, but things changed because of the ongoing pandemic. Toppin, along with teammate Olivier Sarr was declared eligible last week.

Toppin has no regrets about leaving Rhode Island and is taking advantage of the intense competition in practice.