Truex Goes Back to Back at Sonoma 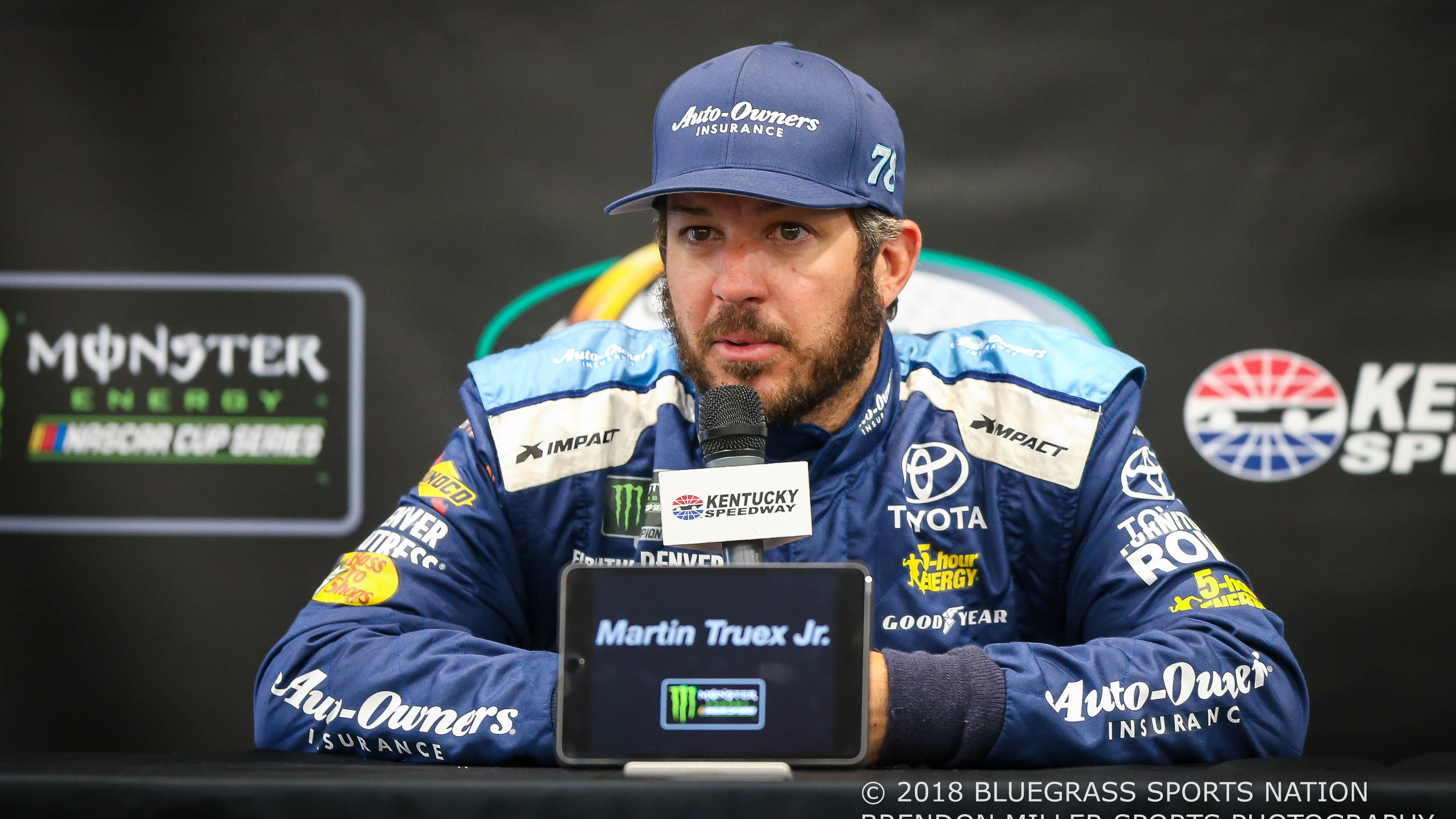 Monster Energy NASCAR Cup Series 16th race of the 2019 season traveled to Sonoma Raceway, Sunday June 23th, 2019 for the Toyota/Save Mart 350.  Located in the vicinity of North California’s wine country, Sonoma Raceway hosted its first NASCAR Cup Series race in 1989 after the closing of Riverside International Raceway.  Being only two road courses on the Monster Energy NASCAR schedule, Sonoma Raceway offers a challenge for those Cup drivers who turns left on banked corners.

Kyle Larson -Driver of the No. #42 Chip Ganassi Racing won the Bush Pole Award and brought the field to green. With   an efficient green flag start elevated William Byron’s No. 24 Hendrick Chevrolet passed the Pole Sitter on lap 1 and continued to control the point for the first 20 laps in Stage 1 for the win.   With the addition of Stage point competition, race teams would forfeit the opportunity to win Stages by pitting early, placing the pitting race teams on different pit sequence.  Many teams utilized early pit service and would have a race impact.  William Byron opted to stay out and collects 10 Stage points and 1st Stage win of the 2019 Season.

Denny Hamlin– Driver of the No. 11 Gibbs Toyota wins the second stage of the Monster Energy NASCAR Cup Series race after Martin Truex Jr. pitted right before the Stage’s end.

Denny Hamlin didn’t pit, as he comfortably beat the Brad Keselowski’s No. 2 Penske Ford to the line, with first-stage winner William Byron back up to third. Chase Elliott-Driver of the No. 9 Hendrick Chevrolet and Kyle Busch’s No. 18 Gibbs Toyota also pitted with Martin Truex Jr., utilizing pit strategy.

Martin Truex Jr. is the defending champion on the California road course, and he led most of the second stage before sticking to his pit strategy.

Denny Hamlin earned his 2nd Stage victory of the season with this Stage victory.  Additionally, Hamblin has never won a Cup Series race at Sonoma.

Martin Truex Jr. and Kyle Busch were the class of the final stage in a caution-free race.

Martin Truex Jr. opened an 8-second advantage and held off a strong push by the No. 18 Toyota to win by 1.861 seconds.