Truex On Top at the ‘Clip 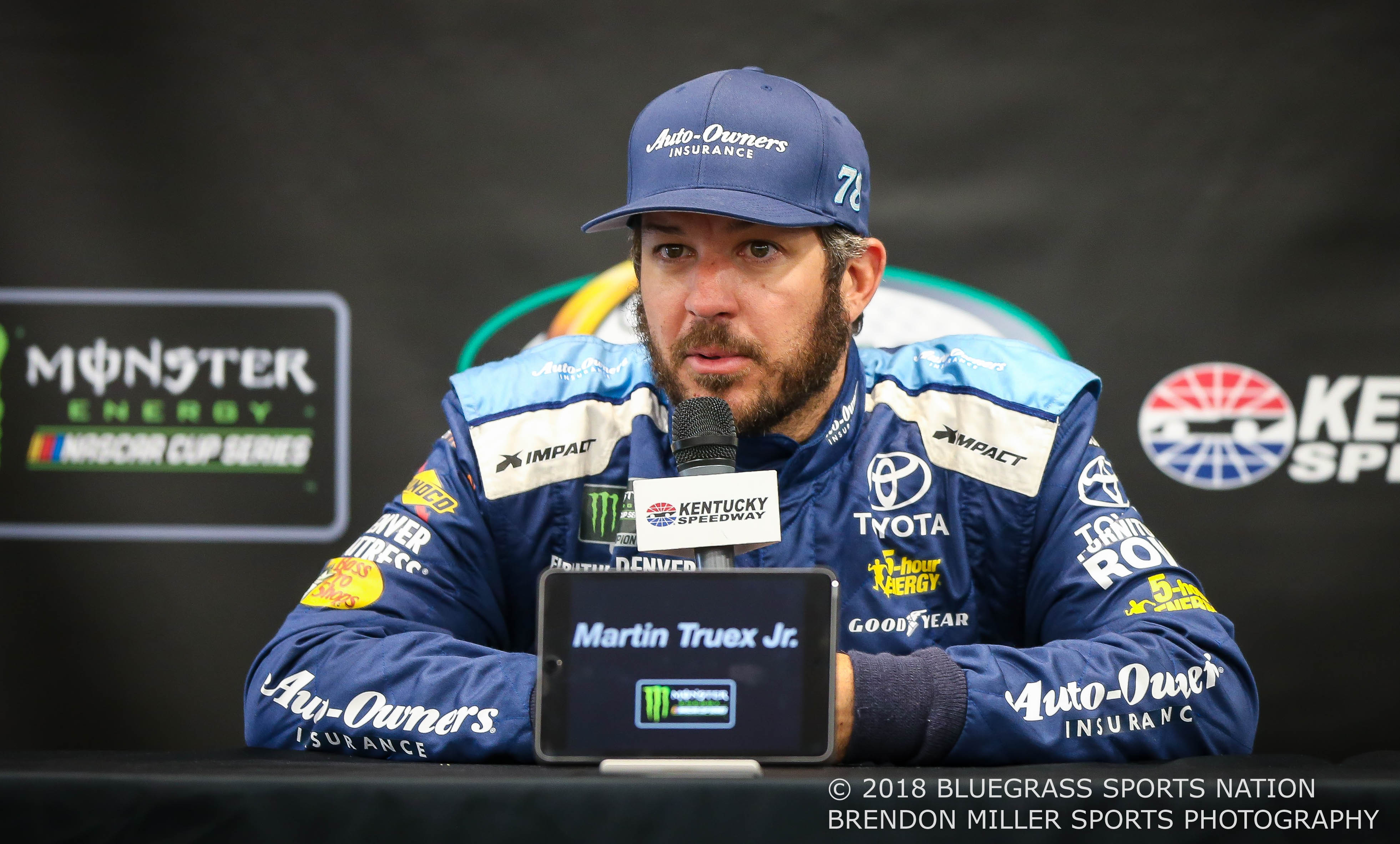 It was just a Matter of Time for Truex, Jr., as he rebounded from an early pit penalty to drive away from Ryan Blaney Wednesday night at the Paperclip.

Continuing cooperation with CVC, no spectators and limited essential personnel will be allowed.

As Qualifying and Practice dismissed, Teams would random draw for Blue-Emu Maximum Pain Relief 500 grid position. Penske Driver Ryan Blaney had the hot hand drawing the post for his No. 12 Ford Mustang.

Martin Truex Jr., the 2017 Cup champion, has failed to find victory lane for Joe Gibbs Racing over the first 10 races of this season.  A grandfather clock await Truex Jr.  at Martinsville Speedway.

In order to collect Back to Back wins at the famed half-mile, Truex Jr. must overcome a commitment-line pit violation penalty on Lap 115, forcing the front runner to start in the back of the field.

Ryan Blaney who led the field to green, lost a lap early in the race, got his lap back, drove all the way back up to first and then seemed to be dialed in to capture the win. An unplanned pit-infraction penalty during a caution on Lap 175 would show dividends as Blaney’s Ford was recycled to back of the pack.

Martin Truex Jr.  proved to be the dormant car over the race’s final segment. The JGR Toyota sustained damage early in race and was attended by his pit team.   Martin Truex Jr. diced his way through lapped traffic over the final 100 green-flag laps, tracking down and overtaking Ryan Blaney to the checkers.

Bubba Wallace the only black driver who races full-time in NASCAR drove the Richard Petty Motorsports’ No. 43 Chevrolet supported   “a #BlackLivesMatter “ paint scheme awareness theme for Wednesday race. Wallace impressive performance checked off an 11th place finish after being edged out of a top 10 finish by Cup Jimmie Johnson at the stripe.

The win is Martin Truex Jr. first of season and in additionally also the first for crew chief James Small. He replaced Cole Pearn as Truex’s crew chief at the end of the 2019 season.