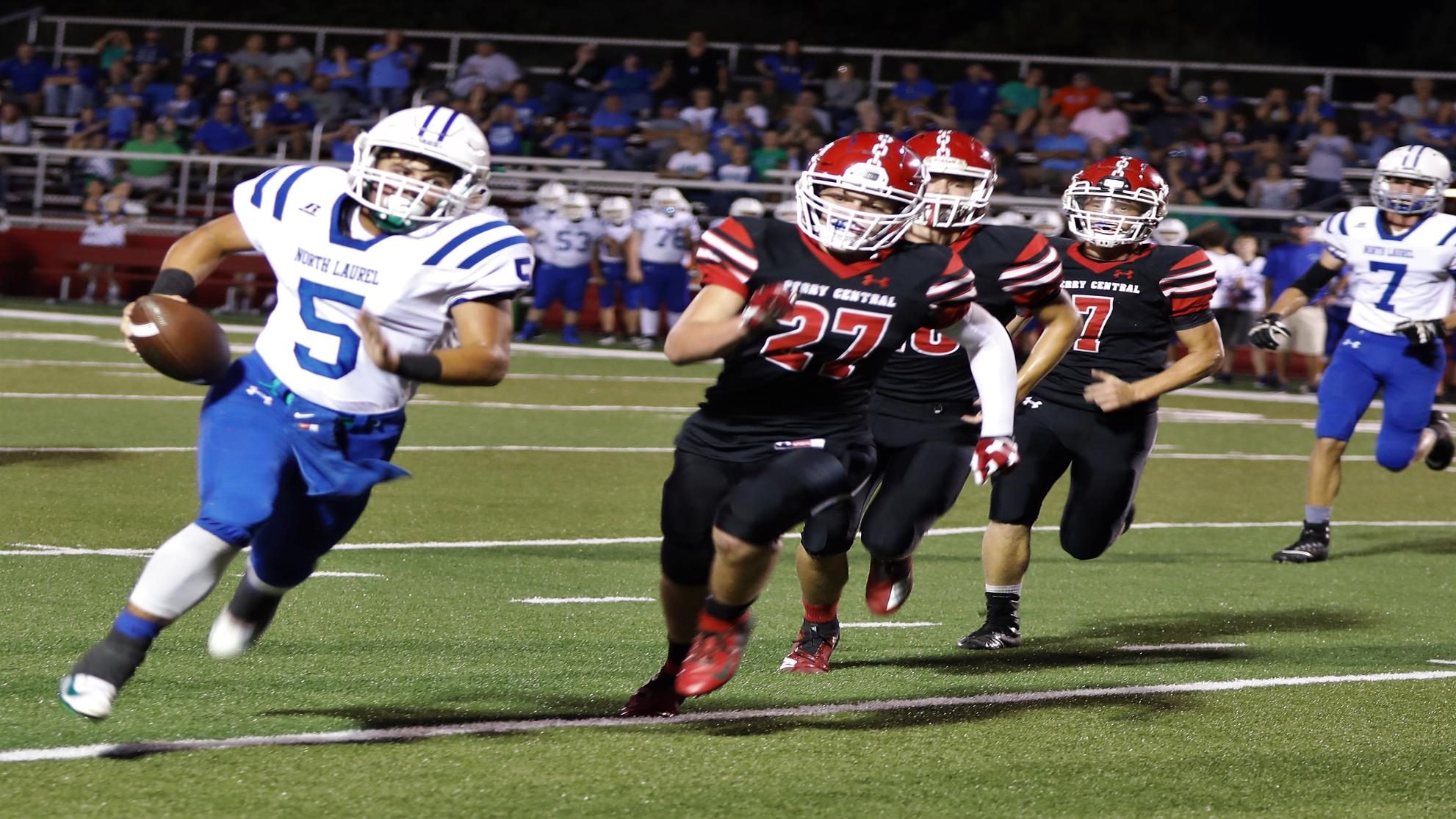 Things got off to a great start for the Commodores, forcing a three-and-out to start the game. Perry Central changed a few things on offense, with an empty backfield for much of the night and not huddling up between plays. Things looked great for win-hungry Commodore fans, with quarterback Chanse McKenzie completing a lot of passes and the crowd rocking. Unfortunately, any opportunity the Commodores had to put points on the board came up short.

One drive in particular, the Commodores got the ball down to the one-yard line before a touchdown pass was dropped in the endzone. McKenzie threw the pass a touch behind Cade Miller, who got his hands on the ball but didn’t haul it in. The very next play, Mason Rice fumbled the football and the Jags recovered.

Penalties continued to plague both teams throughout the rest of the game, but the Jaguars made the most of defensive opportunities with the Commodores behind the sticks. Late in the game with the Commodores trying to make things happen, the Jags intercepted multiple passes, running one back the the Commodore two-yard line.

The Commodores head to Letcher Central next week to open district play, hoping for a better result and a chance for redemption after blowing a lead to the Cougars last year.