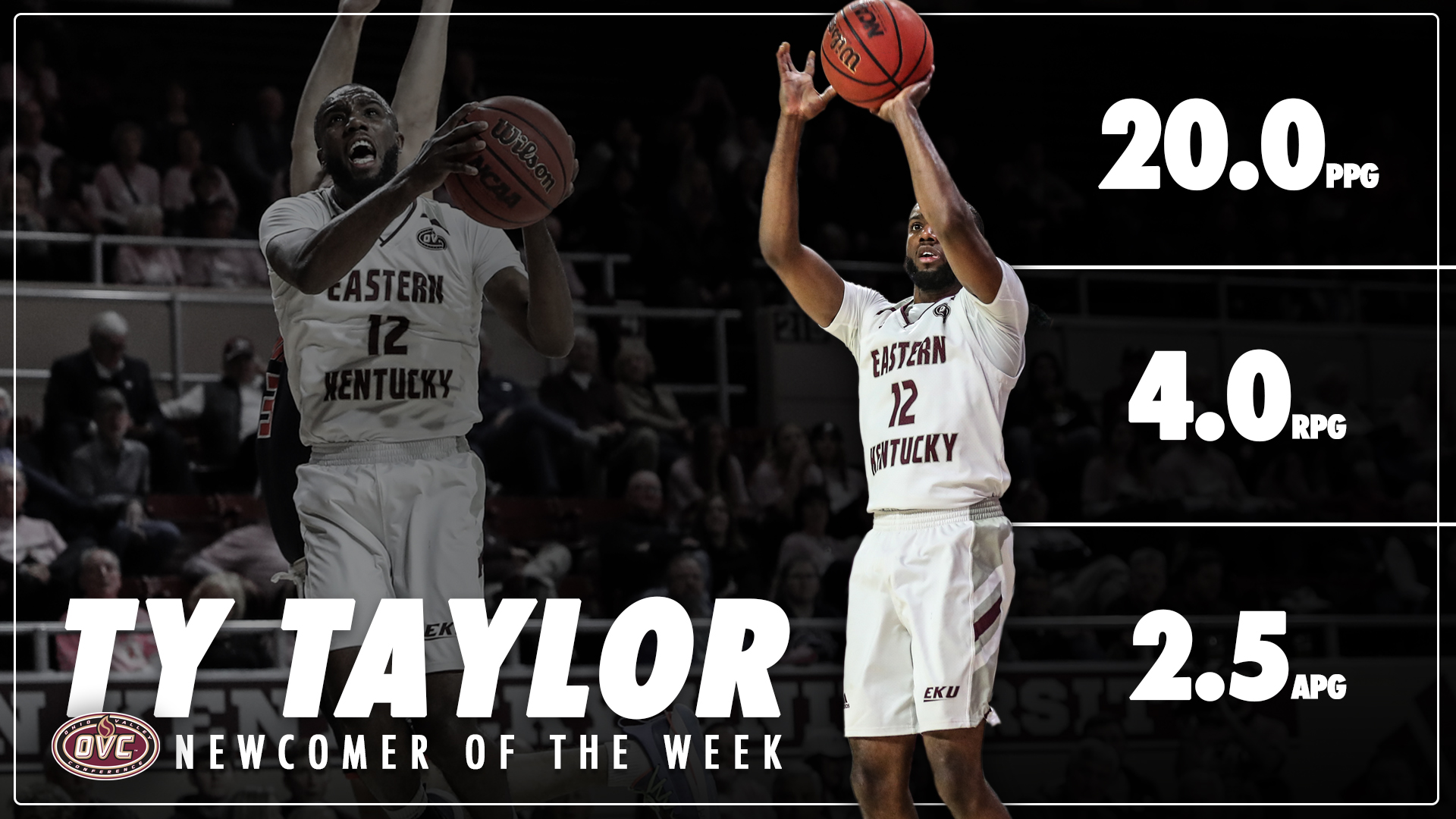 Eastern Kentucky University senior Ty Taylor has been voted the Ohio Valley Conference Co-Newcomer of the Week for men’s basketball, the league announced on Monday.

Taylor poured in a season-high 27 points in the 99-86 victory over UT Martin on Thursday night, shooting 5-of-9 from three-point range. He added two assists and two steals versus the Skyhawks.

On Saturday, Taylor chipped in 13 points and just missed his career-high with seven rebounds. He dished out three assists, as well.

A graduate student from Kansas City, Taylor is now averaging 12.1 points-per-game for the Colonels.

It is the second time this season Taylor has earned OVC Newcomer of the Week honors. He shares this week’s award with UT Martin guard Parker Stewart.