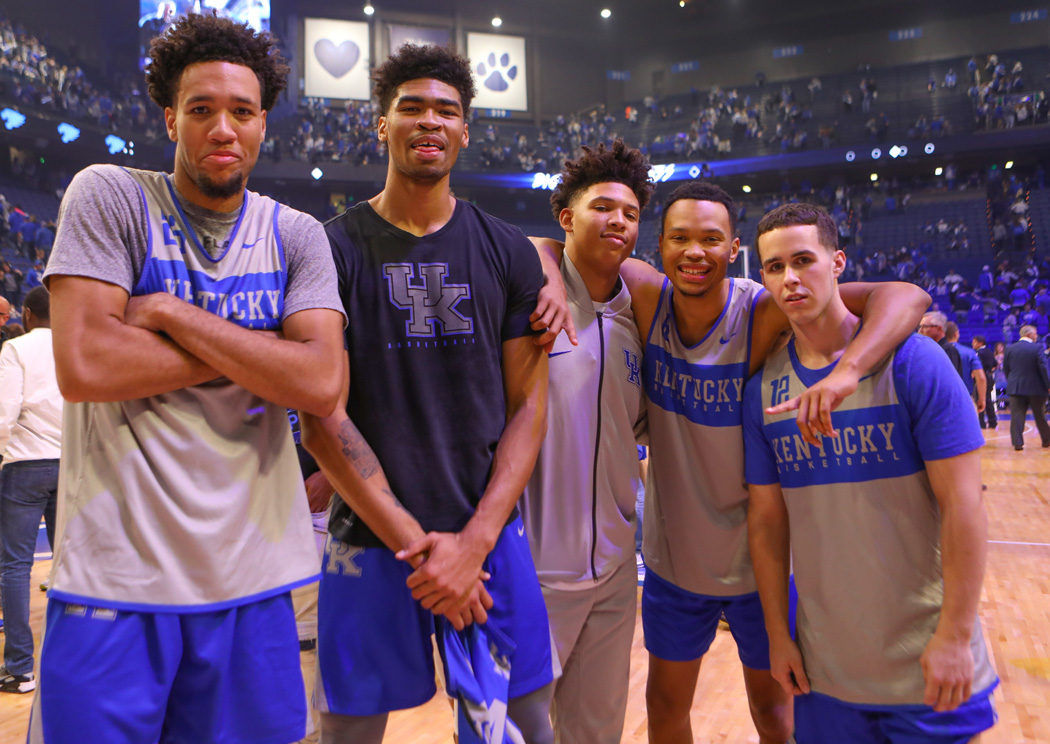 There is chill in the air as Kentucky Wildcat fans gather at Rupp Arena to kick off the 2018-19 basketball season. Big Blue Madness started again with its 3rd annual Blue Carpet Walk. Former Kentucky players Rex Chapman, Kenny “Sky” Walker, Jeff Shephard, and more walked in a Kentucky basketball version of a red-carpet movie premier. Followed shortly after by the current Men’s and Women’s Basketball teams. Wildcat fans who attended got a close look at the current players and some of their childhood heroes.

After the Blue Carpet Walk the fun moved inside a packed Rupp Arena to watch the Women’s and Men’s teams in their first official practice of the season. Once again, the night started off with the Kentucky Women’s team introductions and the annual Mathew Mitchell dance show. The Women played in a blue/white 3-point shootout and then had their 10-minute scrimmage. The 23,000 in attendance cheered the loudest for their home state players.

Then the lights went out and the crowd was at its loudest. The Rupp Arena court was transformed into a video screen all displaying all this year’s players. When the lights came back on John Calipari took the podium for his annual address to the Big Blue Nation. At the end of his speech Calipari said that we are here to celebrate the 1948, 1949, and 1951 championship teams. The Big Blue Nation gave a standing ovation as the former players were introduced onto the court.

New to Big Blue Madness this year was the Men’s 3-point competition (won by Immanuel Quickley) and the Slam Dunk Competition (won by P.J. Washington). Both competitions seemed to be a hit with the fan base. The Men’s scrimmage was nothing more than a shoot-around but was enjoyable none-the-less. With a minute left in the 10-minute scrimmage Calipari took the microphone and said that he had seen enough and thanked fans for attending.

After the Bahamas trip and Big Blue Madness Kentucky fans cannot wait to start this season. The Blue/White game will be held on Oct. 21st at 7:00 p.m. Hopefully this will be the next step toward bringing home our 9th championship.