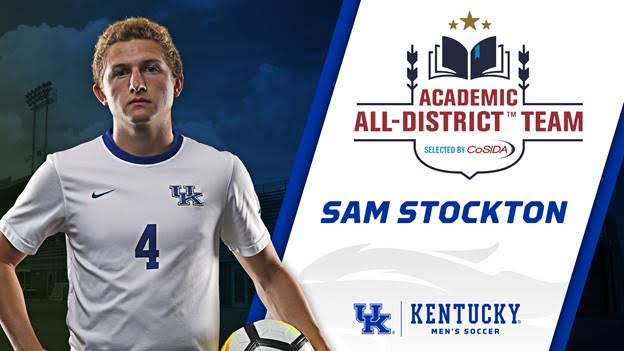 The CoSIDA Academic All-America program recognizes the nation’s top student-athletes for their combined performances athletically and in the classroom.

Stockton has a 4.0 GPA in finance and the first 14 of Kentucky’s 18 games. The junior midfielder played a key role in a deep-lying midfield role screening the UK defense, which led the league in regular-season goals-against average (.89).

Stockton and Bumpus have been perennial Honor Roll students honored by UK, the C-USA and SEC.